For a long time, I felt compelled to write an article to discuss the issues and complexities of the Eastern European population in the UK as a minority ethnic group. As a therapist from the same background, I felt I could offer a unique perspective not only from my own lens, but also reflect on the perspectives of the many unique individuals I worked with over the years. A culturally sensitive approach is vital to our therapeutic work, which means we must consider the impact of our client’s cultural values as well as the potential impact of immigration. 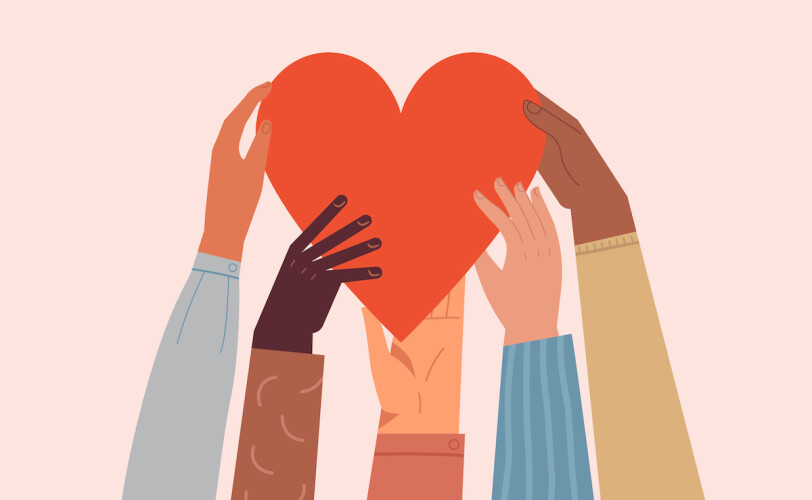 Although clients of an Eastern European origin would be classed as white, most individuals including myself refer to ourselves as ethnic white, because no matter the appearance, once our accent/name and heritage is revealed, our experience can change quite drastically.

I have recently begun to identify articles/studies to have a better understanding of the issues clients of this background might face according to literature. It is not a topic that is “popular” per se, or a topic that I see floating around, but it is definitely a topic that has been researched by scholars.

What I discovered, however, is that the information tends to focus on Polish and Romanian nationals predominantly. The most widely recognised sub-regions are East-Central Europe, The Baltics, South-eastern Europe/Balkans and Eastern Europe. In fact, there are 21 countries that come under “Eastern Europe” and focusing on only two may not give us the full picture. For example, did you know that 20% of Montenegro’s population identifies as Muslim? Or that there are people as young as their late twenties who experienced war trauma during the Bosnian War that took place in 1992-1995?

Issues and experiences to consider

A 2015 study found that people from an Eastern European background would often experience prejudice and discrimination, which would negatively impact their psychological health. The stigma of mental health and help-seeking behaviour is associated with bringing shame to the family, a perspective familiar to many. In fact, it is often our own set of cultural values that stop people from acknowledging and seeking support for mental health-related issues. The idea of conformity, avoidance and shame is something that is continuously reinforced to many, including the younger generation.

An interesting conversation I had with a good friend of mine from a Polish background led us to reflect on the younger Eastern European generation living in the UK as the “lost generation”. I quite liked this term as it really resonated with my own, and upon reflection also with a lot of my client’s experiences. We don’t quite fit in back at home as we are too liberal and/or progressive in our views, and we at times feel that we don’t quite fit or belong in our chosen second countries either.

It is an internal conflict a lot of us have to deal with. Our hearts are in different places. This "lost generation", who often emigrated to the UK after finishing their high school diploma is often the clientele I, and many other colleagues, end up working with.

When Googling services for this client group, I would often come across services that deal with homelessness, drug and alcohol misuse, language services and domestic violence shelters. It is great to see these services catering for this population, however, we have several thousand people who have settled and seemingly live a functioning life that may not come under our radar for various reasons that we also need to consider. The difficulties they bring into the therapy room may not be as obvious.

In the seven years I spent at various universities, I came across two people who were from the same background as me. Two. I had one Hungarian shop in London I was aware of that I visited at times when I missed home. Speaking my language would only be possible when I was at home or speaking to family over the phone. It is hard when you feel so alienated from your own culture. Like you don't belong anywhere.

Although now it is second nature, mastering another language is not easy. The word mastering is the key here. I could always speak very well, so I didn’t qualify for “help”, but speaking like a native or speaking well in academic circles took some time and a lot of work on my own confidence. For someone bilingual, at times it can be hard to express the exact thing they are trying to say and opportunities to do so for some Eastern Europeans might be scarce when looking for therapists who speak their language. It is not only taboo to go to therapy, but also to become a therapist in some regions.

Mental illness and alcohol misuse are common issues faced by many post-communist Eastern European countries. It is however important to remember, that each country that belongs to this region will have their unique set of culture, tradition, religion, politics, and history, and grouping them together is seen as an insult to many. Stereotypes don’t help, and representation is still underway. Movies often portray Eastern Europeans as part of the Mafia, sex workers or domestic workers. These unhelpful and inaccurate stereotypes affect us all.

Quite often when I disclose my heritage, I often hear the same questions - “That is like Poland right?” - which is always my cue to educate the individual on these differences, as well as how this comment may come across to individuals. In fact, many times before, people who have met me or known me for a while would get it wrong and refer to me as their “Polish friend”. It made me sad that so little is known of our world.

One article can’t explore every issue, but I hope it brings the reader to a more curious place. It is time that we begin a conversation about our Eastern European clients/colleagues/friends/loved ones and listen more, as well as encourage them to share with us who they are so we can be of better service to them.

Dorottya is a qualified Counsellor, Coach and Occupational Psychologist specialising in working with relationship difficulties. She has extensive experience working in the mental health field within the Criminal Justice System, Government and Private Sector. She works with individuals in private practice near Clapham, Wandsworth.