I was diagnosed with bipolar affective disorder at just 16 years old. I had been admitted to hospital after a year of depressive and anxious episodes, followed by a hypomanic episode (a lesser episode of mania). People with bipolar have a mood disorder which means our moods can become extreme and oscillate between low and high.

After a year of not understanding what was happening, I finally came to accept the diagnosis. You see, bipolar runs in my family. There is evidence it can be genetic but, as I was so young, no one suspected that my depression and hypomania could be bipolar disorder. I was hospitalised as a teenager in 2004 due to a mixed state of depression and psychosis (where your mind loses touch with reality).

Luckily, with medication and support, I was able to live a fairly ‘normal’ life for several years. Despite having to go down a year at school, I made it to University and completed a Bachelors and Masters degree. I went travelling with friends to India and Ghana, regularly took my medication - mood stabilisers and antidepressants - and was supported by various psychiatrists and therapists, as well as my wonderful family and friends.

But the trauma of what I went through caused an increase in my anxiety levels and I developed social anxiety, fearing what others thought of me. I also became slightly agoraphobic and suffered from panic attacks. Bipolar is such a complex disorder and sometimes anxiety can be a part of the depressive side of the illness.

Over time, I believe that my main medication stopped working. This coupled with several life events, meant I became unwell fast. In 2013, I began to sink into a very low depressive state which led to suicidal thinking. I became very unwell, but supported by my family and upped dosages of medicine, I got better again. However, this was short lived.

In 2014, I spiralled into the worst manic episode of my life. I had racing thoughts and pressured speech, was very fearful of those around me and began to experience delusions (false beliefs about the world). I was incredibly vulnerable and unwell. Unfortunately, the episode happened very quickly and although I hadn’t been in hospital for 10 years, suddenly I found myself there, waiting to be treated.

Being in hospital this time was hard; it took a while for the psychiatry team to bring me down from the manic state. I was in hospital for four months, attending therapy groups (I loved art therapy) and working with occupational therapists, nurses and a wonderful psychiatrist who believed I would get well again.

I found talking about my problems with a counsellor to be beneficial, in the sense that I felt supported and at ease to express myself.

I did get better again in time. I had a further four months of support when I left hospital, where I was put on the correct mood stabiliser for me - Lithium - which has helped keep the moods at bay. I attended day therapy sessions on anxiety management, recovery, art and social groups and I slowly came out of my shell again. I was in shock and quite traumatised at what had happened to me. However, over time and with support, I accepted it and began to recover.

Since that difficult time, I have worked for and volunteered with mental health charities and supported communal projects. I also started my blog, Be Ur Own Light, in 2016 to explain to family and friends about my mental health. It has been read worldwide and its aim is to tackle mental health stigma and share real-life stories.

I also began to write for the Huffington Post UK, Rethink Mental Illness, Time to Change and Bipolar UK, amongst others. Writing is therapy for me.

My message would be that the right medical team, coupled with support networks, psychotherapy, medication and doing things you love to do, can help you feel much better and find recovery. I, like so many with mental health issues, am still a work in progress but to reach any form of recovery is a big milestone and I will fight to remain well. You can too. 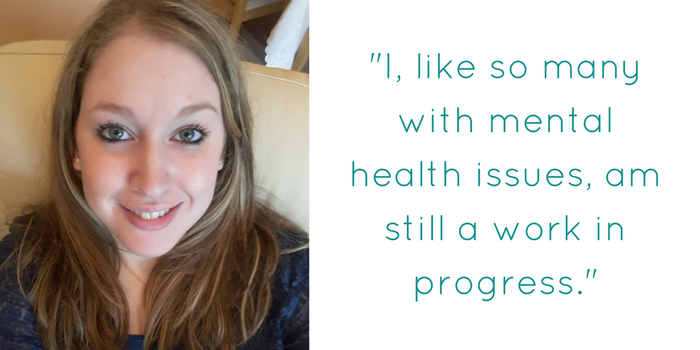 Eleanor Segall is a writer, blogger and mental health advocate from London, England. She works for the charity, the Judith Trust. Her mental health blog ‘Be Ur Own Light’ can be read at www.beurownlight.com and her writing website is www.eleanorsegall.com. Eleanor is on Twitter @EleanorSegall

Health in mind and body: Exercise as a treatment for depression...

The NHS (NHS.uk) recommends and prescribes exercise as a treatment for depression and anxiety, as the evidence...

Why we need to reveal the truth behind the myths and stereotypes surrounding bipolar disorder.