The emergency workers dealing with PTSD

In the days following the 7/7 London bombings in 2005, acting sergeant, Gary Hayes of the British Transport police (BTP) was assigned to the temporary mortuary where bodies were being identified.

“When we got bodies in, they’d been down in those tunnels for two or three days, the decomposition, I’ve never seen anything like it in my life,” he said.

But Hayes believes it was a less visceral sign that triggered the complex PTSD he later developed. A card written by a father to his son, who had been killed on the day was what Hayes believes cost him his job.

“…The most overwhelming feeling of guilt came over me, it has stayed with me ever since.”

Hayes and other police officers (many who were first responders on 7/7) are calling for more help for emergency workers who develop PTSD. They believe that while people are aware of the condition and how it affects military personnel, very little has been done to understand PTSD among police, ambulance and fire brigade workers.

According to Hayes, the condition is widespread among the police, but the stigma, the fear of job loss combined with the “you can handle it” mentality, means many officers are not seeking help.

Data from the BBC found that the cases of emergency workers in the UK taking long-term sick leave have risen 35 per cent since 2011. The research shows there were more than 6,000 psychologically-related sick days across 40 police forces in 2014-15.

Hayes claims that as well as the unwillingness to seek help, the help that is available is inadequate. He explains how the only debriefing he received after 7/7 was a group session weeks later.

Paul Curran has a similar experience. Having served with the BTP for 12 years, Curran was one of the first people on the scene after the bombings. Curran explains how his debrief was also in a group setting, where officers were asked to raise their hands if they were struggling to cope with what they had experienced.

“In a culture like the police, if you ask a man to stick his hand up and say, ‘I’m really struggling, I’m crying myself to sleep every night’, it’s not going to happen” said Curran.

According to the BTP, officers struggling with mental health issues, such as PTSD, are referred to an external service, Care First. This service employs counsellors trained in the recommended treatments for PTSD, including cognitive behavioural therapy (CBT) and eye movement desensitisation and reprocessing (EMDR) therapy.

Both Hayes and Curran had attended Care First counselling, though they had yet to be diagnosed with PTSD. Curran recalls how his counsellor noted that his symptoms might indicate PTSD, but these thoughts were not followed up by Care First, the BTP or Curran.

Both men were diagnosed with PTSD years after they experienced symptoms. Both began drinking heavily, felt irritable, short-tempered and struggled to travel on trains. Hayes and Curran also suffered flashbacks.

While the BTP deputy chief constable, Adrian Hanstock has taken on the issue of PTSD support and is looking to introduce new policies, Hayes has partnered with Simon Lee, a former soldier who also suffers PTSD. Together they have started a charity (PTSD999) aiming to support emergency workers suffering. The pair also plan to set up a non-for-profit company that will employ former emergency workers who have had to leave employment.

“We’re not bashing the police. We are saying that there are instances where the system fails. What we want to do as a charity is to plug the hole and support the emergency services.” 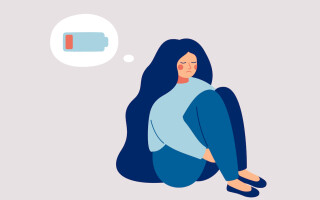