Racism is when someone discriminates against another person due to them being in a particular racial or ethnic group. This discrimination takes place individually and more widely as a society and can be very detrimental to the mental health of those affected.

Here, we will be uncovering more about racism including how it affects mental health, what racial trauma is and how counselling can offer support.

Some people believe that humans can be divided into exclusive biological entities called ‘races’ and that races share similar traits, including things like intellect and morality. These people believe that certain races are superior to others and, therefore, treat others differently. This is racism. The truth is that since the late 20th century, the idea of there being biological races has been recognised purely as a cultural invention - and one that has no scientific basis at all.

Racism has its roots in history. For hundreds of years, slavery saw Black people from Africa being sold and traded throughout the western world. Slavery was finally abolished in 1833 in the UK (1865 in the US) but the reverberations of this time can still be felt.

At the same time, most people in positions of power were white, so this culture became ‘the norm’. This led to those from Black, Asian and Minority Ethnic (or BAME) backgrounds to be seen as ‘different’ and ‘other’ even after slavery was abolished. This has fed into other historical landmarks in terms of racism, including segregation, the civil rights movement and the Windrush scandal.

Looking at the present day, while we can see improvements compared to the times mentioned above, racism and racial inequality is still very much a problem. Like a weed, it has become rooted in a number of institutions and systems, leading to what’s known as institutional and systemic racism. This means white people hold privilege as they are statistically treated better in society (for example, by the police, medical professionals, schools and workplaces).

In 2013 the Black Lives Matter movement was formed by radical Black organisers Alicia Garza, Patrisse Cullors, and Opal Tometi. After more race-fuelled incidents, including the murder of George Floyd in 2020, the movement has grown. It has become a call for equality, equity and justice as Black people continue to be oppressed by those in power.

Why are people racist?

The reasons behind racism can be complicated. Some people believe that we all have implicit bias, meaning that we treat others differently without consciously realising we’re doing so. Those raised in a white supremacist culture for example may not know much about other cultures and ethnicities, and so may fear what they consider to be ‘unknown’.

Our experiences in life, the people we interact with and the society we grow up within can all have an impact. For example, if we are raised by parents who hold racist views, we may grow up believing this is acceptable.

Racism can be loud and quiet. It can be hurting someone physically, treating them as ‘less than’ and shouting hurtful things. It can also be clutching your bag closer as you walk past someone of a different race, touching a Black person’s hair without permission and other microaggressions.

However, it manifests - racism is something we’ve learnt. Which means we can unlearn it.

“In a racist society, it is not enough to be non-racist, we must be anti-racist.”

A helpful first step for those looking to unlearn racism and become actively anti-racist is to learn more about the subject. Here are some resources you may find helpful.

Education is a great first step but it shouldn’t be your last. Being truly anti-racist means taking action to dismantle racism, putting courage before your discomfort, speaking up, amplifying marginalised voices and so much more. The journey is a life-long one and one we should all take.

How does racism affect mental health?

Whether racism is overt or more insidious, research has shown it can have a negative impact on the mental health of those affected, including an increased chance of experiencing depression and psychosis. Due to systemic racism, BAME communities can also find themselves disadvantaged in society, leading to poverty, unemployment and challenges in getting support. All of this can harm mental health.

The devastating effect on mental health caused by racism is often described as racial trauma which can lead to depression, stress, hypervigilance and symptoms similar to post-traumatic stress disorder. This trauma can be exacerbated when the media covers violence against BAME communities, often showing violent videos. While raising awareness of the seriousness of the situation can be helpful, for BAME people watching, it can be incredibly difficult.

As these traumatic experiences have been happening for so long, a response someone has to a current situation could stem from the past. Growing up and being told about traumatic stories from generations gone by can put those in BAME groups in a position where they see the world as a threatening one, a belief that is often cemented by personal experience.

Research has even shown that by the time they are 12 months old, Black infants have a higher level of cortisol reactivity than white infants. Cortisol is known as the stress hormone and works with the brain to control fear, motivation and mood. These findings suggest that experiences of discrimination that take place early, contribute to this cortisol difference, meaning racial discrimination is already ‘under the skin’ of children by their first birthday.

How can counselling help you deal with racism?

If racism is affecting your mental health, you are certainly not alone. Acknowledging how you feel and sharing it is a key first step. You may find it helpful to talk to friends who can understand your experience or join a supportive group. As with other forms of trauma, racial trauma can also be explored safely through counselling sessions.

Counselling can help you uncover and build your resilience, learn how to practice self-care and encourage you to explore your identity. Reconnecting with the positive aspects of your ethnic identity for example can be helpful, allowing you to feel pride in who you are. If you are experiencing imposter syndrome, (feeling as if you don’t belong where you are, a phenomenon that BAME communities can be particularly vulnerable to), a counsellor can help you unpick this and boost self-esteem.

Working with a counsellor who specialises in this type of support or who has an innate understanding can be especially supportive. Take your time to find a counsellor who resonates with you and remember all counselling sessions are confidential and judgment-free.

Dismantling racism in wider society is an ongoing fight, but there are steps you can take to protect yourself and look after your well-being while the fight marches on. If you think counselling could be a supportive way to do this, use our search tool to find a counsellor.

Find a therapist dealing with racism 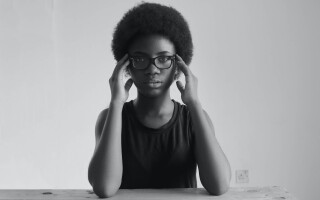 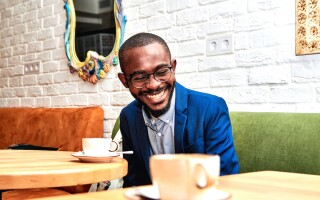 To be seen, heard and understood is one of the key roles of a therapist helping people to feel validated. Yet, so...