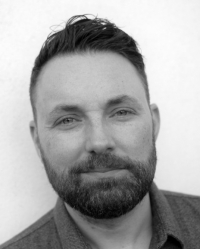 I noticed recently I was running out of space, and things were beginning to overwhelm me. I had a life and a home, and yet I felt unsatisfied, like I was full to the brim and there was no room for more.

And so, I decided to have a clear-out. I thought about cleaning the kitchen, or even taking a cleaning class, so I could learn how to better clean, but none of it felt that appealing, and quite honestly, I’d cleaned the kitchen a million times and it always ends up being dirty again.

And then I found my jigsaw. I say my jigsaw because on it is a picture of me, and it frightened the life out of me.

You see I’d never dared open my jigsaw before. I’d always known it was there, of course, but there was something about opening the box and discovering how many pieces there were that made me feel quite apprehensive, and there was something strange about its weight that felt too heavy.

It was in a curious box. There was no indication of the number of pieces - although I felt like I had an idea because I’d had it so long, although I’d never ventured to guess. I decided to turn it over to see what was on the back. "Call this number", it said, so I did, and someone answered. I explained as best I could; "I have this box but I’m not sure what’s inside. I’m worried about opening it up because it could have lots of pieces and could be rather complicated, and then I found your number on the back of the box. Can you help?". The person on the other end paused before explaining he wasn’t necessarily a jigsaw expert, but had a way of helping people think about their jigsaws in different ways. "Well at least they know something about jigsaws", I thought, and we agreed to meet.

So, me and my jigsaw went to meet them, and I told him everything I’ve just told you. I told him I’d decided it was the right time for a clear-out, and that was when I’d found my jigsaw. I told him I’d still not opened the box, nor was I sure if I even wanted to (or, even, if I was making too much of a fuss about a stupid jigsaw to start with), but surprisingly, he seemed quite unmoved by the whole thing - interested, even. "Opening a jigsaw can feel frightening", he said, "and like I said on the phone, what I do is guide you through the disparate parts of your jigsaw; to help you piece it together before we think about a whole". What I really wanted was someone to open the box, let me know what was inside, and how to put it back together, but since there didn’t seem to be anyone willing to do that for me, I decided to give this jigsaw guide person a go.

And so, together, we opened my jigsaw. "How do you want to start?", he asked. I wasn’t sure. To be quite honest with you, I was rather anxious about what to do first. Tipping it out and sifting through the pieces certainly didn’t feel like it wasn’t going to work, so I took out a piece. As luck would have it, it was a corner. "A good place to start", he said, and I tended to agree. In fact, by the end of that first meeting, we had all four corners. Personally, I was just pleased to have opened the box.

"And so, what next?", I asked the next time we met. "Do I just keep looking for pieces?". "How do you feel about the corners we discovered last time?", he asked. I replied, and this was the truth, since I’ve known I’ve had this jigsaw for a while and, because after all, it’s me on the front, I told him that I’d always known the corners were in there, so I was mostly pleased about opening the box and looking inside. The corners, I said, felt like as good a place to start as any. "Maybe what we should do now is look at the edges", he suggested. This was going to require some digging around, but I suppose it made sense, so I began to look in the box. "Aren’t you going to help me look?", I asked as he sat back in his chair. "It’s for you to find the pieces" he replied. "If I sit here I’ll be able to better see how they click together".

I was a little bit miffed, but I suppose that made sense, and before long I had some edge pieces out of the box. "That piece looks like it might be linked to that piece" he said, pointing at two pieces that looked entirely different to me. But sure enough, they fit. And I began to see a little bit of the picture of me on the front.

Our time together continued, and before long we had all the edges except for some gaps at the top. "Well this is fine", I said. "We’ve opened the box and all that’s happened is I have an open box, some edges, and some missing pieces. When am I going to find out where all the other bits fit together, and when am I going to have finished the jigsaw altogether?". He looked back at me and paused. He seemed to be considering his words, which I found most annoying. "This is just the beginning", he replied. "Now we think about the rest".

Well, it wasn’t always easy. Some days I’d go and see him and we’d put together pieces of the picture of me, and some days we’d spend just talking about pieces we’d already found, or looking and looking for pieces I couldn’t find. I’d often ask if he could help me look - I mean I was paying him, and I could have someone tell me to find the edges at home thank you very much - but he would just sit back and ask me how it felt to be annoyed at him for not finishing the jigsaw for them and actually, once I got my frustrations off my chest, I reluctantly began to see that if I was ever going to do this jigsaw outside of our meetings, I needed to work it out for myself.

Before long, we had quite a few different larger pieces of the inside. I had an edge and then some larger bits, but I couldn’t quite work out how they all fit together. In fact, I wasn’t sure if they did. I began to get frustrated, and I guess I was a little sad about my incomplete jigsaw, and there was one section that I just couldn’t get my head around. "That section", I suddenly heard after a long pause, "have you tried putting it over there?". He pointed to a different edge. I guess it was worth a go I thought, and wouldn’t you know it - it fit! Well, I felt ever-so-relieved. In fact, when I looked at it, it made a lot of sense that those pieces fit together, but I guess I’d just never really thought about it that way.

I thought a lot about the jigsaw we were putting together. Quite often, I just wanted to close the box and forget about it (not finishing the jigsaw was a lot easier than finishing it after all), but something inside me told me that I now knew I had all these different pieces of jigsaw and trying to pretend they weren’t there wasn’t going to work. I thought often about what he'd said about looking at it in a different way; how the pieces don’t always fit the way we thought.

The thing is, I knew the picture on the front didn’t tell the whole story. Although the picture was me, I knew there were pieces in that box that were going to be impossible to put together. Sometimes when I saw those pieces, just sitting there indiscriminately and formless in the box, I’d get very angry and scared, because I wondered if I’d ever get to the part where we put them together and actually, when I looked at them, I wondered if I really even wanted to. Sometimes, although I’d never tell the person helping me, I wondered why I couldn’t just get on with it like everyone else (as my mother used to say) and not be overthinking my jigsaw in the first place?

Sometimes I’d come to our jigsaw sessions and, to be quite honest with you, I didn’t want to talk about my jigsaw at all. "Resistance is part of putting your jigsaw together", he said, "let’s think about the pieces that are on your mind and why they might be stopping you from wanting to get on with the puzzle". He had a tricky way with words, that was for sure, and sometimes thinking about things in that different way and having him there as my jigsaw observer made me eventually realise I felt better talking about my jigsaw than trying to not talk about it, if that makes sense.

And then, one day, I found a piece that made me very sad. I don’t know why it hit me so hard, but it was a piece of me, a piece of my face, and on it it had a mark from an injury I got a long time ago. I remember getting that injury like it was yesterday, and I remember how much it hurt, and when I saw that piece I felt like I was getting hurt all over again. I looked to him to see what they’d say, and he did something ever so curious - he asked me what I thought he'd say. This was new, and I suddenly found myself lashing out at him. "Why would I come here and pay you to help me with this only for you to tell me that the one thing you do in here you’d now like me to do?!", I asked angrily. I was very pleased with myself for venting. He seemed unmoved. "Indulge me", he replied. I looked at my piece and I looked at the box, the picture of me, and I felt sad all over again. "I think you’d say that although this piece reminds me of the past, it’s also a part of me now and, although I can’t change the fact I’ve got it, I can know my pain is in the past and it can only hurt me today if I let it". "Bingo", he replied.

Well, I won’t bore you with the details, but my jigsaw took a long time. Eventually, I started to get the hang of the ways jigsaws work, and although we weren’t quite finished with the puzzle, it began to feel like it was probably time to try finishing it on my own. I was going to do the rest by myself, I said.

"Well that’s the thing with puzzles and that’s what you don’t learn until the end", he replied. "You never really finish and there’ll always be holes and pieces to add. We finish today, so now I can tell you the biggest lesson of coming to see someone who helps with jigsaws - it’s not about the finishing, it’s about accepting the imperfection of an unfinished puzzle. It’s rarely the perfect picture we have on the box".

And with that, we parted.