Shakespeare and madness: Rational responses to an absurd world?

Our beloved ‘Upstart Crow’ and ‘Bard of Avon’ was an outrageous drama queen and philosophical and psychological genius. When it came to portraying the fascinating wonder, complexity, and absurdity of the human condition William Shakespeare was an outstanding writer and player.  It is not by chance that probably the most famous soliloquy in the world of theatre begins with the eternal dilemma: “To be or not to be?  That is the question”. Spoken by the eponymous hero Hamlet in that legendary play. 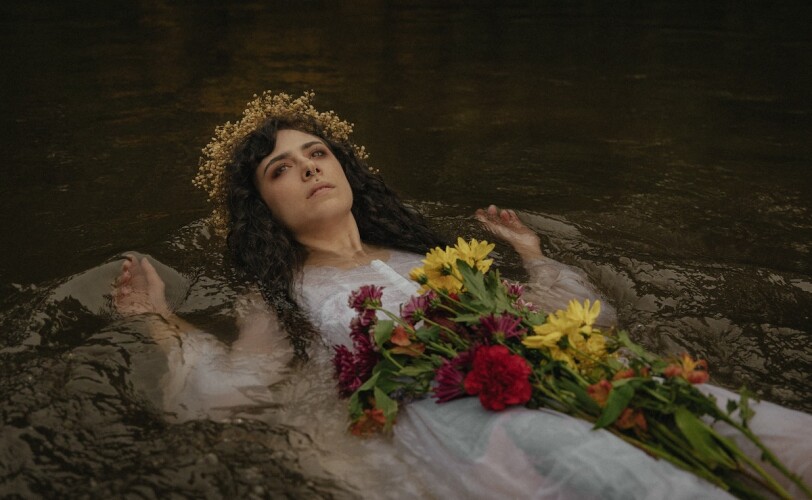 Albert Camus draws on the extraordinary perception of Shakespeare in his moving and compassionate exploration of suicide: ‘The myth of Sisyphus’ (Camus, 1942/1955). Camus cites Shakespeare’s Hamlet (1603) in saying: “The play’s the thing wherein I’ll catch the conscience of the King”.  As Camus goes on to observe, ‘catch’ is indeed the word.  "For conscience moves swiftly or withdraws within itself.  It has to be caught on the wing, at that barely perceptible moment when it glances fleetingly at itself." (Camus, 1942/1955)

In Shakespeare’s impulsive drama, the physical passions lead the dance. They explain everything. Without them, all would collapse.  Never would King Lear keep the appointment set by madness without the brutal gesture that exiles his beloved daughter Cordelia and condemns Edgar.  As Camus explains, "it is therefore just that the unfolding of that tragedy should thenceforth be dominated by madness.  No fewer than four madmen: one by trade, another by intention, and the last two through suffering.  Four disordered bodies. Four unutterable aspects of a single condition." (Shakespeare, 1606)

Whether witnessing anguish or ecstasy, troubled children, star-crossed lovers, jealous or betrayed partners or parents, the whole of life flashes before us on a timeless moving stage.  We are drawn together by the joy and sadness of the shared cathartic experiences. The collective unconscious of our humanity is the warp and weft of a glorious tapestry, woven before our eyes in the spellbinding moment that is tragedy, comedy, and history in one life-enhancing storytelling emotional drama. In my experience, the thrill of being there and feeling the excitement of a great performance can be transformative.

Shakespeare created extraordinary worlds in which gravediggers provide comic relief in a relentlessly escalating tragedy, and a professional ‘Fool’ becomes the quiet voice of reason as his acutely distressed master, who has "become old before he became wise" rages insanely through the thunderous storm against the troubles and injustice he has brought upon himself (Shakespeare, 1606).

Shakespeare’s understanding of the complexity and uncertainty of human nature was exceptional, particularly considering the social norms of his historical and cultural context.  But he was not alone in questioning the assumed normality and dominant discourses of his time.  As Hamlet says to a trusted friend, after hearing his astonishment at the apparition of the ghost of Hamlet’s father: “There are more things in heaven and earth, Horatio, than are dreamt of in your philosophy.” (Shakespeare, 1603)

Over the last four centuries, some notable writers and thinkers have explored the idea of madness as very much an integral part of human nature.  For example, Robert Burton wrote his exceptionally detailed exploration of human existence “The Anatomy of Melancholy” in 1621.  He was centuries ahead of his time in his attitude to the experience and treatment of ‘melancholy’, or depression, even expressing a tentative warm advocacy of compassionate talking therapy, as a sufferer himself. (Burton, 1621)

Much more recently, in 2003, Richard Bentall wrote: 'Madness Explained: Psychosis and Human Nature'.  Also a persuasive advocate of talking therapy, Bentall argues for a radically new way of thinking about psychiatric problems.  One that does not reduce madness to brain chemistry but understands and accepts it as part of human nature (Bentall, 2003).

As a septuagenarian existential therapist, and multi-disciplinary practitioner-researcher, I am hugely grateful for the massive literary contribution to our understanding of human nature provided in such breadth and depth by Shakespeare’s collected works (Shakespeare, 1955).

My own developing understanding of unique human experiences of life and person-centered existential therapy, including the radical perspective of psychiatric disorder as unique, yet rational, responses to a seemingly ‘absurd’ world turned upside down by events, has been enhanced by the powerful insights offered by our own legendary 16th-century cathartic poet.

A belated Happy Birthday, dear Will, and my heartfelt thanks for your prolific additions to the knowledge and wisdom of humanity.  You were a magnificent bard, player and storyteller, and a compassionate genius.  Many of us still love you, and we will probably never forget you because your wonderful written legacy still lives on in the language and conscious awareness within us all.  I guess you would acknowledge that much about human nature remains unknown, but the amazing facility of our imaginations somehow enables continued universal understanding of the enduring humanity of your dramatically told stories, despite the historic changes in language and culture.

Perhaps the audiences of your time were more tolerant of the constant witty puns and verbal gymnastics, (highlighted in the contemporary TV comedy ‘Upstart Crow’), which I initially found impenetrable when first studying some of your plays at school.  However, I now know that learning to understand and appreciate the poetry of your original use of language was well worth the effort.

I will conclude this extremely brief and very personal tribute to Shakespeare with his second most famous soliloquy from the hapless Scottish tragedy.  Macbeth eloquently voices his final dark despair at the seeming futility and absurdity of life, after rashly initiating murder and mayhem in his impatient pursuit of power, and then witnessing the descent into madness of his own ambitious, obsessive, and ultimately traumatised wife:

Creeps in this petty pace from day to day,

To the last syllable of recorded time;

And all our yesterdays have lighted fools

The way to dusty death.  Out, out, brief candle!

Life’s but a walking shadow, a poor player,

That struts and frets his hour upon the stage,

And then is heard no more.  It is a tale

Told by an idiot, full of sound and fury,

I am an existential therapist in private practice with 50 years previous experience and professional development in care work, including advanced qualifications in continuing education, social work and psychotherapy. I have been practising existential therapy for the last 10 years. My counselling and lifelong learning PhD will end in 1/2023. .