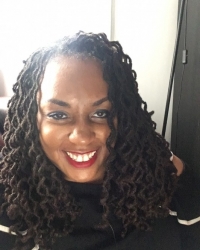 The founder of REBT, Albert Ellis, had an irrational fear which he overcame. He was extremely debilitated by the idea of asking a woman out on a date. He wanted to date but couldn’t get himself to get past the irrationality of his fear, so he did what he taught others to do - he faced his fear. He used REBT. On deduction and ABC modelling, he concluded that his fear was not speaking to women; he was afraid of being rejected. The idea of being told no was a state that he could not tolerate, or so he thought.

Albert was telling himself on a continued basis how awful it would be if he asked a woman out and she said no. This is 'awfulising' in effect; he believed that it would simply be horrible if he was rejected. The sole principal of REBT is emotional responsibility. Anything which relies on others or a situation taking on the responsibility is simply irrational. Albert knew this was an irrational belief. He believed that it was better to simply not ask as it was better than not trying, as this way there was no possibility of him being turned down and no possibility of him getting a yes either. He wasn’t really winning in any way.  The only way was for him to face it. He REBTed himself and created a new, healthy preference belief and went to work on it. He planned his own behavioural exercises and he faced his fear of rejection.

A. Activating event: approach woman to request a date

B. Belief: 'It would be awful if they said no'

Demands: 'I must not be rejected'

Meaning: 'Rejection means that I am not worthy'

LFT: 'I can’t stand it if I am rejected'

Awfulising: 'It would be just terrible if I am rejected'

Anyone can see that he was not helping himself to move forward by thinking like this. He disputed his unhealthy beliefs and created a new healthy preference belief, which went something like:

'I would prefer that I am not rejected when I asked a woman out on a date, but if I am it is not the end of the world, it does not mean I am worthless, and I can stand it. I accept myself as a fallible human being' (this most likely was not his completely new belief but something around those lines).

With that he went out and did a behavioural exposure test and asked 100 women out. He got 98 no’s, one yes and a no show. The question is - did he fail?

No; failure is to not try - he overcame a deep-rooted fear by simply facing it. Sometimes we believe that we must get what we want and when we don’t it is just awful. Ego disturbance and discomfort disturbance are great causes for emotional disturbance. His goal was not to find a woman to say yes and keep him away from rejection - his goal was to overcome the fear of rejection. A yes is not the reason for the conquest, emotional responsibility is.

Taking action is necessary if you want success in your life. You must learn to face your fears, be comfortable with rejection, and be okay with not immediately getting the results you are seeking.

You've got to be in it to win it - rejection is a natural part of life. It does not bring us positive feelings all the time, but sometimes it can. Rejection is a necessary process in the game of life. If you don’t face it, you deny yourself that part of life which you most require, because if the fear goes on nurtured and hidden, when it does surface the consequences may seem dire, although definitely not the end of the world.

When you reject to accept rejection, you reject a new way of knowing, experiencing and being simply the best you ever.

I have worked with children, young adults and adults for the past 16 years as a counsellor, hypnotherapist and CBT Therapist. My background is in counselling and CBT behavioural therapies that support and move towards healthy change. My expertise lies within my skill, experience and education to practice within multi model of therapy discipline.… Read more