On men and caves 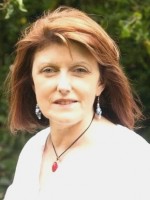 As a therapist, there are many things that I have a professional excuse to research that have far reaching effects in my own life.

I recently became curious about what makes some people want to talk about everything while others don’t want to talk about anything unless they absolutely have to: the typical “man cave” response . (Be warned, sweeping generalisations coming up.)

Apparently when men go quiet if they’re stressed it’s all to do with testosterone (yes, really). In a very simplified explanation (not for academic scrutiny!), in the human stress response, everyone is affected by the hormone cortisol. One difference between men and women in stressful times is due to the presence of testosterone in the male response to stress. The interaction between testosterone and cortisol tends to make men either aggressive or withdrawn, dependent on the situation and the individual. When women get stressed, and cortisol kicks in, they want to connect with others – this usually means they want to talk things through or just be with other people.

Another interesting factor is the scientific/emotional clash, especially when it comes to the way that different areas of the brain activate at different times for different things. People who tend to be more scientific or analytical suppress the brain network used for empathetic thinking. Equally, those who tend to have more social or emotional insight will push aside critical or analytical ways of thinking. It isn’t much of a leap to see that the two networks are hard to balance as they are constantly working to suppress the other. Scientists and engineers have a hard job understanding the emotional side of life, and empaths just can’t talk to the engineers in a way that makes logical sense.

So when you have an engineer or "logical person" who’s retreated into a "cave" for safety and an emotional individual who just wants to talk to them you basically have an oil and water situation. The best you will ever get is an emulsion, which isn't easy to manage on a daily basis.

Many, many years ago, I used to have scientific tendencies but I was never very happy in that world – and now I understand why, along with lots of other things that haven't made much sense until now. I'm much happier talking to others and helping them to make as much sense as it's possible to make of emotional matters - including the scientists, engineers and IT people who find it particularly difficult to understand why they feel the way they do.

Men and caves – at least I'm laughing (I think!)

Aileen is in private practice in Glasgow and Renfrewshire, working with individuals and couples. Trained in various approaches including person-centred, hypnotherapy, EMDR, mindfulness and self-compassion, she has a special interest in anxiety and trauma. She offers supervision and teaches mindfulness and compassion to groups.… Read more

Located in Lochwinnoch and Glasgow.