How counselling can promote authenticity 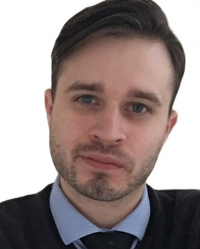 Infants are the embodiment of authenticity. An infant lives her experiences and expresses her needs without affectation. If she’s experiencing contractions in her stomach, she’ll respond to these sensations in a fashion that alerts the caregiver to her need for sustenance. Similarly, if she’s experiencing the sensation of coldness, an infant's reactions to this discomfort can prompt the mothering one to adjust the temperature or hold the infant in her arms. Whether a sensation originates internally or externally, all of the infant’s responses are the unfiltered and authentic expressions of her organism.

As the infant begins to move and freshly explore the world around her, she relates her experiences of the configurations of sights, sounds, and sensations to her innate valuing system. According to the late American psychologist Carl Rogers, this valuing process is regulated by a natural directional tendency that moves the organism towards fulfilling her potentialities. Attraction to certain objects or sensations is based on this inbuilt motivational force to both enhance and maintain the organism. Experience in accordance with the aforementioned growthful tendency is sought after, whilst experience at odds with this organismic drive to expand and unfold is negatively valued and therefore avoided.

We can observe this organismic valuing process in action when the infant gestures for the desire for food from the mothering one. When the infant is hungry, food is given a positive value. When the infant’s hunger is satiated, what was once valued favourably evokes aversion and disgust. The infant may signal negative valuations by violently turning her head away from the mother’s breast following satisfaction of the need for nourishment. This fluctuation of valuation in this scenario exemplifies the organismic valuing system in operation. This valuing process functions effortlessly, and is completely uncompromised by conscious awareness. The infant absolutely lives in her experiences.

The state of inauthenticity

In the absence of self-awareness, her experiences of pleasure and unpleasure take place without being evaluated in consciousness. 'Need satisfaction' is unswervingly based on the organism’s indigenous valuing system. Problems begin to arise when the infant matures to develop an awareness of self. This awareness of self becomes the representation of a separate identity from the world around her; a separation between self and not-self. The self is organised around the perceptions of the 'I' and the values in relation to herself and her relationship with others. An inseparable component of this process of self-development is the need for what Rogers called 'positive self-regard'. Beyond desiring affective nourishment from her caregivers, otherwise known as a need for 'positive regard', she equally develops a compelling need to be perceived as lovable in her own eyes and in the eyes of those she most deeply cares about.

As she interacts with the people that populate her environment, she finds that experience is subjected to either positive or negative valuation by the people closest to her. Whilst certain actions accrue positive regard in the form of praise or affirmation, evidencing that she can perceive herself as someone who is loved, others will produce rebukes that in turn subvert her sense of lovability. By transgressing parental injunctions, she senses her perception of being someone deserving of loving care is endangered. Whether it may be expressing her anger or crying after being hurt, she registers that her caregivers will reprimand her and withdraw their affection; making their displeasure abundantly clear. In order to retain her self-image of acceptability, and maintain her caregivers' love, she is having to internalise her parents values and relinquish the wisdom of her own organism. In person-centred terms, she is forced to externalise her 'locus of evaluation' in that the source of her valuations ceases to be regulated by her own internal equipment, and is henceforth governed by external values.

By adhering to values inculcated into her during childhood, she is said to have acquired what person-centred psychologists refer to as 'conditions of worth'. Feelings of worthwhileness become dependent on abiding by the conditions laid down by her caregivers, and the cultural milieu she was reared in. Experience at variance with this conditionality is rejected, as it contravenes what becomes her concept of self. At this point, she has become inauthentic in that her self-image becomes a product of a series of adaptations that have overridden her natural valuing system and consequently alienated her from her true self. As she grows up, this estrangement will be perpetually reinforced as she protectively disowns experience that contradicts her concept of self and follows the paths imposed on her by her family, friends, and culture. This self-concept seeks to realise itself at the expense of her true self, which has now been marginalised by the conditions of worth she has interiorised into her self-concept. What person-centred psychologists call the 'organismic self' recedes into the background.

She’s likely to experience continual psychological tension on account of the inconsistencies between her self-concept and organismic experience becoming increasingly apparent. Whilst she may be unable to readily articulate the basis of this incongruence, she’ll feel a palpable sense that something is amiss. She may experience a profound sense of disconnection, purposelessness, and impoverishment as the divide between her true self and her image of herself becomes more and more acute. At a certain point in her life, for example, she may be afflicted with an immense amount of dissatisfaction or regret at having pursued a line of work that was encouraged by familial and extrafamilial sources. Even after continued success in her field, she may feel a repeated sensation of anxiousness and confusion. She may find herself questioning the irreconcilability between her successes and her unhappiness.

If anger was something that her environment responded to by depriving her of approval, she may come to define herself as someone who doesn't get angry, as this compromises her sense of being acceptable. However, her friends or colleagues may, on occasion, perceive her as becoming angry at something that has transpired, but her conscious self will vehemently disagree that she's experienced any anger at all. This signifies the growing divide between what she's experiencing organismically and what's permitted to be recognised in consciousness. As certain emotions may be censored, such as the anger in our example, internalised conditions may prevent this prohibited emotion from entering awareness - even though this anger may be physiologically experienced. Anger will either be entirely denied or distorted to prevent conditions of worth from being violated, which makes authentic living almost impossible.

The role of counselling in promoting our authentic self

Counselling offers an invaluable opportunity for prospective clients to explore these psychological conflicts in a safe, confidential environment with a qualified practitioner. The counselling relationship is distinguished from other forms of interpersonal relationships in being undividedly focused on the internal experience of the client. In the person-centred tradition, a practitioner is solely concerned with working alongside their client in endeavoring to empathically understand and communicate this understanding back to them. The counselling practitioner will aim to check the accuracy of the clients' experience by posing her responses tentatively and constantly checking whether she has captured the flavor or texture of what the client is experiencing. In conjunction with empathy, a client is valued unconditionally without any expectations or stipulations that she must behave in a certain way to be acceptable. The client is prized as an individual and the totality of her personhood is valued and affirmed. The practitioner also strives to be genuine and wholehearted in her relationship with her client - presenting no facades and open to all of the experience that is bubbling up inside her.

As a result of these ways of being, a psychological climate emerges that creates a space of security and permissiveness. Upon receiving and internalising the attitudes of the counsellor, a client will begin to feel that she can openly experience and verbalise aspects of her experience that are discrepant with her self-concept; experience ordinarily repelled for being construed as too dangerous to allow into awareness. In the counselling room, she instead begins to gradually venture into emotional terrain with a pervasive sensation of being understood and accepted irrespective of the emotions, thoughts, and sensations that she discloses.

She finds someone who understands the complexity of her experiencing from her frame of reference and may even illuminate areas of experience heretofore situated on the very edges of her awareness. In the absence of being subjected to judgement, evaluation or interpretation from an external frame of reference, she begins to realise that defensiveness is unwarranted and a psychological freedom to explore in any direction is possible. Whereas she formally may have staunchly denied any such admittance of anger, she astonishingly finds herself expressing and owning her anger without having to then rationalise or disavow her experiencing. It dawns on her that she can freely symbolise and own her anger without fear of rebuff or self-rejection.

In the freedom of the therapeutic relationship, she can steadily begin to accept parts of herself that had formerly been censored as unacceptable. Her picture of herself will be able to undergo constructive reformation as the incongruence between her self-concept and organismic experience abates. She internalises her locus of evaluation, which enables her to become the arbiter of experience once again. She is now able to go through life using the wisdom of her organism as a measuring rod to determine what courses of action are most suited to flourishing as her true self. She is moving away from heteronomy towards autonomy. During and following counselling, she can come to not only achieve self-acceptance, but acquire positive regard for herself that encompasses all of her experience and her personhood in toto.

Counselling can thereby be a vital resource for unshackling ourselves from the narratives that have been handed down to us from our families and culture. In a psychological climate defined by such qualities as unconditional acceptance, genuineness, and empathy, a client is able to go about the edifying process of self-discovery and the reformulation of her self-definition. The client can weigh, balance and sift through all the evidence of her senses without obstruction. The counselling relationship acts as a catalyst to reanimating the vitalising force at the heart of the person that better sets them on the trajectory to unfold their unique potentialities. Such a relationship can thereby act the key to empowering a client to live her life in all of its uniqueness and to beautifully exemplify what it means to live a life of authenticity.

I'm a fully qualified person-centred counselling practitioner and registered member of the British Association of Counselling and Psychotherapy (BACP). I earned a first-class Bachelor of Arts (BA) degree in Humanistic Counselling Practice from the University of Nottingham.… Read more

Located in Mansfield and Nottingham.