Empowerment in the Workplace -Data on Keeping Workers Motivated

When workers become depressed, their productivity may go down, but managers looking to help employees feel and work better may need a whole set of tools for the new millenium. “There is a mismatch between what science knows, and what business does.” Speaker Daniel Pink says this three times during a video made by TEDglobal, a website devoted to recording inspiring speakers with cutting-edge ideas, in July of 2009.

Best-selling author Mr. Pink, in his book Drive, challenges the idea, still believed incontrovertible in many leading global corporations, that bonuses, commissions, incentives and rewards are the keys to improving worker performance. He presents the results of numerous experiments in social science which prove that for what he calls “21st century tasks,” these not only don’t work, but at times actually result in poorer performance.

Part of Mr. Pink’s valuable contribution to the scrutiny of motivational factors is to contextualize the findings of these studies, by making a distinction between what he calls 20th century tasks and 21st century tasks. In his conception, 20th century tasks are those in which an If-Then model can be applied… in other words, “If you do this, then this outcome will result.” Many mechanistic tasks fall into this category, as do things that are done according to a system in which the order and outcome of events does not vary. Using incentives works well, Mr. Pink says, when there is a simple set of rules and clear outcome -- this kind of work calls for a narrowed focus on the goal. Responding to extraneous information, in these cases, only distracts from the concentration on the one desired result. Forty years of scientific testing has shown that the “carrot-and-stick,” reward/punishment theory of management works perfectly well under these circumstances. This might be because the history of management theory corresponds in part to the history of automation, wherein it was necessary to offer rewards to keep people doing tasks that were repetitive, sometimes unpleasant and often boring. Management of this type leads to compliance, says Mr. Pink, but not initiative -- in fact, worker initiative may be an unwelcome intrusion in this model. In this model, as well, it is easy to see how a bright, ambitious worker might become disaffected and depressed.

However, “carrot-and-stick” is proven not to work when solutions are on the periphery; when discovering them requires conceptual abilities; when the solution is surprising and not obvious. After describing just a couple of the experiments where this was proved, Mr. Pink becomes intentionally agitated. He can’t understand why business still resists the evidence, considering it is hard science, not “philosophy” or just “a feeling:” “I’m a lawyer!” he yells. “Lawyers don’t believe in feelings! … I’m an American, Americans don’t believe in philosophy!”

Two of his chief examples involve a version of the classic “candle experiment” invented by scientist Karl Dunker-- participants in a room get a candle, a match and a box full of tacks and are asked to somehow attach the candle to the wall, so that it won‘t drip wax on the table. The solution requires them to take the tacks out of the box and first re-envision, then re-purpose it, not as a tack container but as a platform for the candle, thus tacking the box with the candle in it to the wall. In scientist Sam Gluckman’s version of the experiment , he told one group doing the task that they were doing it merely to establish some norms, and he offered the other group a tiered system of rewards for doing it the most quickly. The “reward” group took an average of three and a half minutes longer.

Different results ensued, however, when the groups were given the tacks already out of the box; here the “reward” group left the other group in the dust, reinforcing the evidence that for a straightforward task requiring no right-brain thinking, incentives work just fine.

But self-direction works better. 21st century tasks, Mr. Pink says, call for workers motivated by autonomy, mastery and purpose, intrinsic rather than extrinsic motivations. He gives as an example the Australian company Atlassian, which holds what it calls Fedex Days for employees, in which it gives them time to use however they want, the only rule being that “You have to deliver something overnight.” Not just numerous software fixes but whole new projects have resulted.

There’s also something called ROWE, created by two American consultants. In a Results Only Work Environment, as used by Google, there are no schedules and very few constraints on employees, as long as the work gets done. Results? Productivity, worker engagement, and worker satisfaction go way up while turnover goes down. These statistics represent what Daniel Pink calls “ a hard-headed, evidence- based case for rethinking how we run our businesses and organizations.” He also asserts that businesses still caught in the old “carrot-and-stick” strategy are making their decisions based on an unproven indeed disproved model:

“In western Europe, in many parts of Asia, in North America, in Australia, white collar workers are doing less of this kind of work, and more of this kind of [right-brained] work. That routine, rule-based, left-brain work, certain kinds of accounting, certain kinds of financial analysis, certain kinds of computer programming, has become fairly easy to outsource, fairly easy to automate. Software can do it faster. Low-cost providers around the world can do it cheaper. So what really matters are the more right-brained creative, conceptual kinds of abilities.”

Daniel Pink’s assertion that management by so-called incentives dulls thinking and blocks creativity is borne out by studies funded by institutions as mainstream as The Federal Reserve Bank. Yes, changing the global business environment to accommodate this well-documented research would require essentially dismantling many workplaces and putting them back together in a (currently) unrecognizable form. What does an employer, a corporation -- or indeed, a society -- do when it realizes that for multiple decades or longer, it has been doing everything all wrong? The first, short answer is, it resists this information and denies it. Institutions will be the last to recognize and adopt new models; most are stodgy by their very nature. One might even argue that we depend upon our institutions to be resistant to change. That’s what makes them institutions, after all. But acknowledging this means we might have to face the likelihood that creative, forward-thinking people will often be at odds with the formal institutions that structure their lives.

How motivated are corporations to keep their most creative and potentially valuable employees? In this rapidly-adapting business landscape, driven by a technological age, companies like Google and Atlassian may take the lead and change business paradigms more quickly than we think. As that happens, Daniel Pink convincingly posits that for forward-thinking companies, giving employees autonomy, mastery and a sense of purpose is an easy first step into the 21st century model of an empowered, more economically competitive workforce. 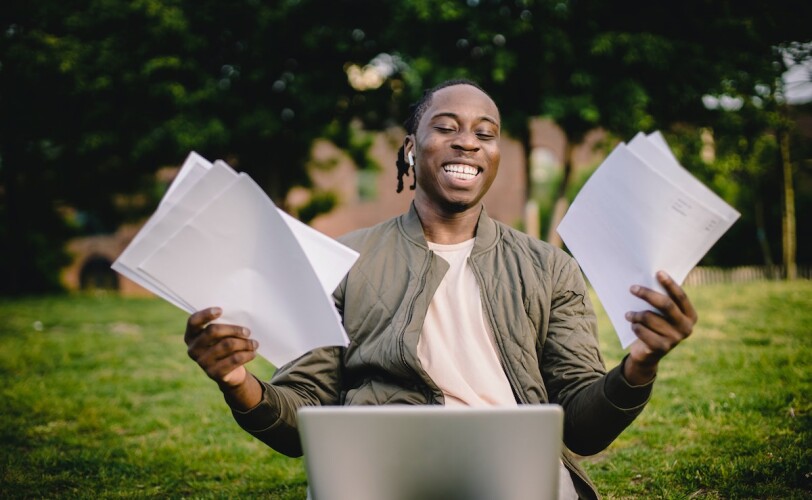