Searching for a specific Counsellor or Therapist? Try our advanced search
Addiction

How many times has a person with drug or alcohol problems heard “What do you keep doing this for?” To other people, especially those close to that individual, it must be very frustrating and even baffling as to why this self-destructing behaviour continues.

There has been a lot of research done over the years into what are the causes of addiction. Is it a disease, a mental illness, a behavioural problem or just that the person is weak-willed and cannot cope with life? Who knows? Maybe the only way of knowing is that the long-suffering substance abuser has their own answer. What is certain is there are a lot of negative consequences for not just the user but also those around him, a bit like a domino effect.

In the book written by one hundred alcoholics, Alcoholics Anonymous (1939) it says “We now see that when we began to drink deliberately, instead of casually, there was little serious or effective thought during the period of premeditation of what the terrific consequences might be.” This can also apply to drug-taking or whatever is the addiction of choice. So it would seem that the decision to drink or indulge in heroin, crack cocaine, cannabis or even sex with a stranger is an irrational one.

Take away the drugs or alcohol from the person, they are left with themselves and so now it is a question of behaviour, thinking and beliefs. This is the cognition, looking at how thoughts lead to feelings, which lead to behaviour and often consequences. The beliefs a person have about themselves also become ingrained and learning new ways of thinking can help.

Going back to the first statement, why does a person keep doing what they are doing when they know it is destructive? Carl Jung the famous legendary psychologist once quoted; “ Everyone carries a Shadow, and the less it is embodied in the individual’s conscious life, the blacker and denser it is.” The Shadow according to Jung is the part of one’s personality that is hidden in the unconscious mind, the features of the person’s self that are unlikeable and seem to be pushed aside to not acknowledge them. Those characteristics could be addictions, unruly behaviour and actions, which can upset or be anti-social.

How does one go about changing these repetitive patterns of behaviour, which cause so much anguish? Abusing drugs and alcohol or eating until being sick or having unprotected sex with a stranger could be considered similar to playing Russian Roulette. It is a gamble with one’s own life, but what are the rewards? The human brain has a section of it known as Nucleus Accumbens, which plays a part in receiving pleasure signals of Dopamine which is the chemical transmitted into the brain’s receptors by using drugs, particularly stimulants such as cocaine and amphetamines.

Exhilaration is something that is appealing to everyone, but it is how it is obtained that can cause problems. In 1988 Craig Nakken wrote Addictive Personality, at the beginning of which he said that all humans have a desire to feel happy and discover peace of mind and soul. Most people find this at certain times, only for it to slip away and return at a later date. When happiness has gone there is a sense of sadness and even mourning. This is a natural cycle of life that is uncontrollable, so we either accept and learn from them or resist and stay in the search for ultimate happiness. So addiction can be seen as an attempt to control the cycles with substances or external objects such as gambling, eating or sex to retain the feelings of goodness.

Generally, people do not like feeling unhappy or sad, but it is about how to deal with those emotions. Sigmund Freud the famous psychology theorist born in Austria in 1856 believed that people function using defence mechanisms. For some folks anxiety, stress, sadness and anger can be too overbearing to deal with. The sufferer unconsciously uses a variety of defence mechanisms to shut out deny or divert the unwanted state of being. Perhaps one of the most common defences is displacement. Have you ever had one of those days where everything seems to be against you? From the moment your eyes open in the morning a series of events occur that make the day an unpleasant one. This could start with receiving a gas bill that has been overestimated along with another invoice from the Inland Revenue. Not so happy days already, but it is what the receiver tells himself about these lovely brown enveloped bills that can start the negative self- talk in his mind.

A person’s bad mood can develop into a series of events, like a contagious rash. A quote from an unknown author, taken from Gaia.com says “We don't attract what we want, we attract what we are”. So by leaving the home in a filthy mood, we may attract filthy things happening for the rest of the day. An argument with the boss and leaving the umbrella on the train has now triggered feelings of rage that are stewing up like a pressure cooker with the lid on. The seething person gets back home and gives the cat a hefty kick up the backside. That seems very unfair on the poor old moggy, who had not done anything except cry out for its food. This is what Displacement is, taking anger out on another.

Abusing drugs and alcohol could be considered as a kind of displacement of anger, but taking it out on oneself, a type of self-hatred. How can somebody treat themselves this way? Would you put a fellow human being through the torture of having to physically and mentally rely on a substance to help them feel better? It is insanity, doing the same thing day after day but expecting a different result, except that the only results are poor health, broken relationships, homelessness, imprisonment and total loneliness.

Once a decision has been made to stop abusing drugs and alcohol, life can change for the better. It is a gamble worth taking, a healthy one which is not pointing the revolver to one’s temple ready to blow out the brain which is intelligent and has an eternal flame burning brightly. Anais Nin the French diarist wrote, “Life is a process of becoming, a combination of states we have to go through. Where people fail is that they wish to elect a state and remain in it. This is a kind of death. 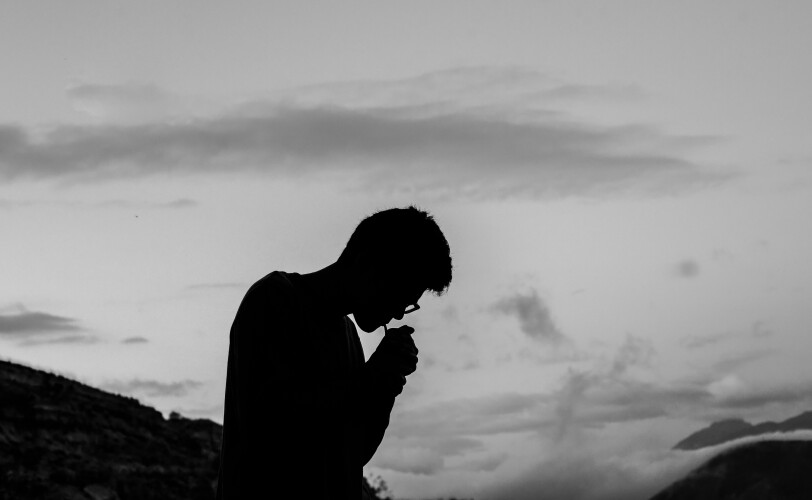 Find a therapist dealing with Addiction