A New Look at Love, Fear and Hope Through Positive Psychology

According to the book Positive Psychology, at its inception, the field of psychology concerned itself very much with humans’ needs for happiness, and looked for ways to help them find love, hope and freedom from debilitating fear and limitation. But then something happened. Leaders in Positive Psychology make the case that medicine “hijacked” psychology, with both good and ill effects. Since money was available to study pathology, psychologists went toward the exciting advances of medicine and its grant monies, and in the process took psychology in the direction of studying mental pathology as well.

At the end of the 20th century, however, the new field of Positive Psychology emerged. A group of scientists, psychologists and eminent researchers in many heretofore unstudied areas -- such as what makes giftedness, and what makes causes a “flow state” in a human who is working on a project -- decided to build a body of scientific research around what truly makes and keeps people happy. Now a significant movement in international Psychology and medicine, Positive psychology is framing the human struggle to find love, combat fear and instill hope in a new and inspiring way.

Dr. Martin Seligman, author of Authentic Happiness and founder of the school of Positive Psychology at the University of Pennsylvania in the U.S., describes it as shifting our larger mindset from a disease model to a health one, and this is what is happening in positive psychology today. He respectfully lists, as well, the contributions made by psychology over 60 years as it spent approximately 30 billion dollars working within the disease model. The scientific research it applied was successful in creating a catalogue of mental disorders, identifying 14 of those disorders as treatable and finding cures for two of them. It isolated variables, invented drug and psychology treatments and, using the scientific method, tested them rigorously. According to Dr. Seligman, psychology had great success over the last 50 years in “making miserable people less miserable.”

Not undervaluing that contribution, he goes on to describe some unfortunate consequences of traditional psychology:


1. In identifying and exploring the many ways that people may be victimized by things beyond their control, it neglected the role of choice in determining people‘s fates and their happiness. Dr. Seligman implies that this led to ignoring the moral element in people’s lives as a determinant of their mental health.

2. In the rush to identify and treat pathology, Dr. Seligman says, we “forgot about improving normal lives .” In other words, the importance of becoming truly happy to a person who wasn’t “sick” became immaterial. No one, he adds, worked on researching “genius” and what comprises it.

3. In concentrating on repairing damage, the field neglected the task of making people happy, as distinct from less miserable.

It turns out, Dr. Seligman says, that making people happy is not at all the same as making them less miserable, and requires a different context as well as a new set of strategies.

The aims of Positive Psychology, then, are informed by the history of traditional psychology, but constitute an entirely new direction.

Positive Psychology is just as, if not more, concerned with strengths as with weaknesses. It aims to make “normal” life fulfilling as a value in itself. Positive Psychology positions itself as being the science of what makes life worth living, and addressing itself in part to a classification of strengths and virtues, using scientific methodology.

Maybe the most important contribution it makes for “normal” people grappling with the essential life questions of finding lasting love, working through fear and angst, and having hope for themselves and humanity, is this:

Positive Psychology announces firmly that there is causation for positive states, and that much of it is replicable and creatable.

However, that causation is not what we think… for example, Positive Psychology’s research debunks the myth of money bringing happiness, above a certain amount necessary for functioning and sustenance.

One of the ways Positive Psychology approaches the study of happiness is by looking at how we have approached it through history: asking what interventions through the centuries have been tried to make people happy, and which ones actually lead to lasting happiness.

Dr. Seligman posits three different kinds of Happy Lives, and describes them as follows.
There is what he calls The Pleasant Life, one in which there is as much positive emotion as possible. Positive Psychology offers participants research-based ways to increase positive emotion, including teaching techniques which enhance savoring, mindfulness and gratitude. This approach to creating a happy life is useful but limited, he believes, and here’s why: science has shown that much of this kind of happiness is 50 percent heritable, with only the remaining percentage being modifiable.

However, another leader in the field, Dr. Sonia Lyubomirsky, writes The How of Happiness, one of several books entirely devoted to making the most of that percentage that is reportedly within our control.
Both she and Dr. Seligman have also done research which suggests that positive emotion habituates -- meaning that a pleasure loses its strength over a short period of time as we get used to it; that the last licks of an ice cream cone are nowhere near as good as the first. For this reason they might call The Pleasant Life a constrained one.

The second Happy Life he suggests is what he calls The Life of Engagement, and scholars such as Mikhaly Csikszentmihalyi, author of Flow: The Psychology of Optimal Experience, have devoted themselves to its study. This is related to finding the thing which makes someone so absorbed that she loses all track of time and place in the linear sense, but becomes one with the task. The theory is that this state is one in which so-called “geniuses” spend a great deal of time, and it is a powerful antidote to suffering and fear. Arguably it is the one of the same states which people achieve successful meditation.

The third life Dr. Seligman offers he calls The Meaningful Life, and this is one he calls “traditionally venerated.” This is the life in which one derives lasting satisfaction through devotion and service to something -- a mission or purpose -- greater than oneself.

Positive Psychology teaches ways to create and enhance each of these lives in our own lives, and in fact to combine them.

Dr. Seligman is vehement in distinguishing and celebrating the work of Positive Psychology as separate from simple self-help. It is different in that it is an applied science, in which the same rigorous testing goes on as it would for drug protocols: it uses random assignments, placebos, controls, double-blinds etc., and long-term supervised studies at leading institutions.

The most exciting claim of Positive Psychology is that rather than focusing life toward battling your weaknesses, you can determine what your highest strengths are and “re-craft your life to suit them.” This is a radical change from thinking that happiness depends on changing what is most wrong with us.

Numerous websites affiliated with the movement invite you to become part of this contemporary research by finding out your signature strengths through testing, including http://www.authentichappiness.sas.upenn.edu/default.aspx 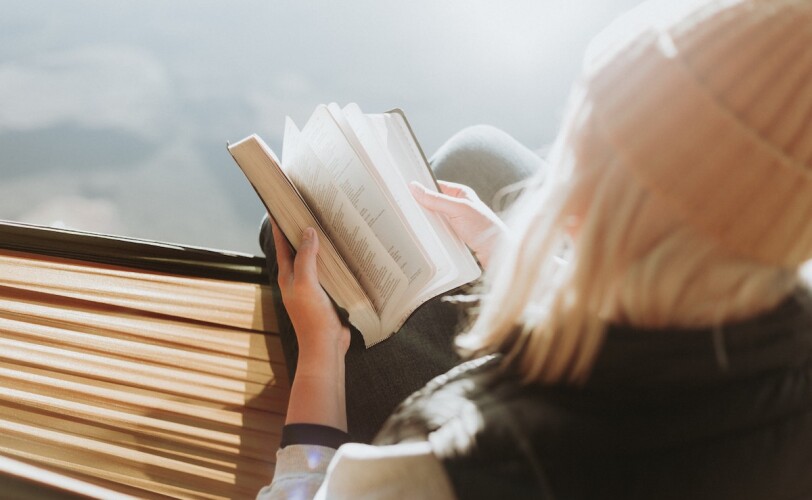