The role of coercive control in sexual relationships - with Christiane Sanderson 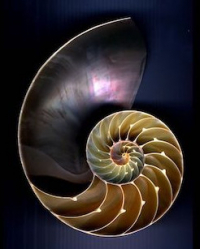 The Role of Coercive Control in Sexual Relationships: from flirting and banter to sexual harassment and rape – with Christiane Sanderson

With increased disclosure and reporting of sexual harassment, this training aims to explore the spectrum of sexual violence from flirting and banter to sexual harassment, sexual assault, sexual abuse and rape. It will examine how coercive control and the abuse of power and authority manifest in sexual violence. The workshop will identify the range of behaviours seen in sexual violence and how these manifest in perpetrators. In particular, the use of shame and complicity to ensure secrecy and silence which prevent survivors from giving voice to, or being able to legitimise their experiences.

The role of shame further serves to reduce disclosure and reporting of sexual violence. With this in mind, the workshop will explore ways in which professionals and practitioners can facilitate disclosure and support survivors through the process of voicing their experiences, and minimise the risk of further re-traumatisation and secondary stigmatisation.

Throughout the training day the range of sexual violence including the various forms of adult rape, transgender rape, as well as rape and sexually harmful behaviour perpetrated by children, will be considered. Alongside this, the impact of rape and sexual violence on victims and the long term effects on survivors will be examined and contextualised within a trauma framework. The aim is to enhance awareness and understanding of the nature and dynamics of rape and sexual violence. It will also demonstrate how professionals and practitioners can help to restore power and control to survivors and help them to reclaim their voice without fear of being stigmatised or pathologised, so that they can recover and heal.

Christiane Sanderson BSc MSc is a senior lecturer in Psychology at the University of Roehampton. With 28 years’ experience working in child sexual abuse, interpersonal trauma and domestic abuse, she has run consultancy and training for parents, teachers, social workers, nurses, therapists, counsellors, solicitors, the Catholic Safeguarding Advisory Committee, the Methodist Church, the Metropolitan Police Service, the NSPCC and the Refugee Council. She is the author of many books on trauma, shame, childhood sexual abuse, and dissociation, including Counselling Skills for Working with Trauma (JKP 2013).

Bramham Therapy - To read more about all our events and to book: https://www.bramhamtherapy.co.uk/events/

We provide cutting-edge continuing professional development (CPD) seminars for counsellors and psychotherapists from all modalities (including those in training). We bring leading trainers to deliver workshops in Newbury and Marlborough.