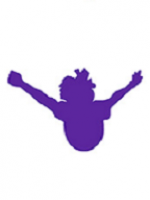 Choices offer a confidential counselling service in Cambridge (UK) and surrounding areas for women and men whose lives are affected by childhood sexual abuse.

Choices was formed in 1986. It was originally part of a network of organisations including Woman’s Aid, Rape Crisis and the Women’s Resource Centre that had evolved from the Woman’s Movement of the sixties and seventies. These organisations brought issues such as domestic violence, rape and child sexual abuse to the forefront of public awareness.

Initially, Choices ran a hostel for young women escaping from abusive situations. The counselling, helpline, support and information services grew alongside the hostel and continued to expand after the hostel’s closure in the early 1990’s.

In 1997 funding was obtained to start a service for men who have suffered sexual abuse and eventually by 2005 Choices for Men was also established. Today the counselling service for women and men has been amalgamated and Choices consists of a team of volunteer counsellors who have completed in-house specialist training and work with both women and men.

Funding remains a constant challenge and Choices is currently funded through a joint contract with Cambridgeshire County Council and Cambridgeshire and Peterborough Clinical Commissioning Group (CPCG). The service is free of charge although clients are invited to make a donation towards the cost of their counselling. No one is ever turned away due to an inability to pay.

Much of our counselling is delivered online via video call. However, in person sessions are available in Cambridge City, Peterborough, Wisbech, March, and Ely.

BACP Organisational Member
All our counsellors are fully qualified and have undertaken the CHOICES six-day training course in Understanding the effects of childhood sexual abuse.

We have verified that at least one professional at this organisation is registered with the relevant professional body.

Areas of counselling we deal with

CHOICES is offering an opportunity for counsellors and therapists working within private practice, s...

The service is free of charge although clients are invited to make a donation towards the cost of their counselling. No one is ever turned away due to an inability to pay.