Can Alice in Wonderland detect early signs of psychosis?

Film critics may have slated the film, but could it now have the ability to change the lives of psychosis sufferers? 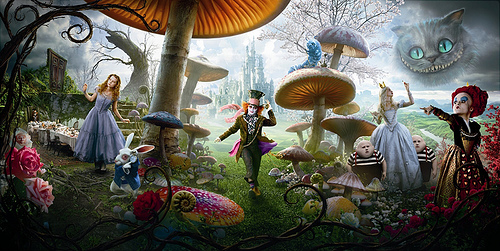 Research has been looking at the reactions of people watching the film, with the team discovering that people with psychosis view and process information differently when watching the film. They believe that these brain patterns could help identify who is at risk.

Psychosis is estimated to affect four out of 1,000 people in the UK; it is a mental health problem that can cause people to have an alternate interpretation of the things around them. The condition may involve delusions or hallucinations.

The brain process of the condition lacks understanding, therefore early diagnosis is difficult. However, the scientists believe the study may revolutionise the way people with psychosis are treated.

The researchers used scans to monitor the volunteers’ brain activity when shown the 2010 film. They chose to show the film to 46 ‘first-episode’ psychotic patients and 32 ‘healthy’ people.

They found significant differences in the precuneus region of the brain, the area associated with memory, visual, spatial and self-awareness.

Eva Rikandi, from the Aalto University in Helsinki said, “We were able to achieve almost 80 per cent classification accuracy using these methods. This means the precuneus, the hub for episodic-memory-related information plays an important role in this kind of information processing of psychosis.”

This was the first study directly associating the beginning of the condition with this part of the brain; Rikandi believes it is now important that more research is done.

The research was presented at the European College of Neuropsychopharmacology Congress in Amsterdam and will help develop a better diagnosis of those who may be at risk.

Professor Celso Arango, ECNP president-elect said, “The interesting question here is how patients suffering with psychosis, even in their first episode, process information in a different way.”

Arango continued to say how interesting it was that film such as this would light up the participation of different brain regions. What the researchers now want to know is if patients with psychosis see the film as more, or less relevant to their own lives than a ‘healthy’ brain would.

“Alice in Wonderland is a fantasy world; would other genres bring different results?”

Share this article with a friend
Article Tags
Psychosis 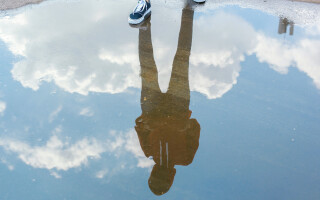