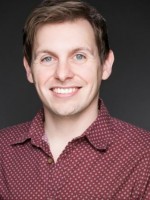 I am an BACP accredited counsellor and supervisor who has a BA HONS degree in Counselling. I have been offering supervision to practicing counsellors, psychotherapists and trainees who are seeking support in their work and a space where they can reflect on their practice.  As a supervisor I work from a formative, normative and restorative base. Offering the supervisee, a practice that is growth based, monitoring based and support based.  I work with the seven eyed supervision model which was developed by Hawkins and Shohet in 1985. This model integrates the relational and systematic aspects of supervision in a single theoretical model. The model itself is relational because it focuses on the relationship with the client, therapist and supervisor and systematically because it focuses on the interplay between each relationship and the context of the wider system. My client base is as varied as a supervisor as it is as a therapist, however I do have extensive knowledge of working within the educational sector and have supervisees who are working within an educational setting such as working within schools or working with young people in alternative settings. I have been and still am working as a counsellor in schools since 2011 and have also previously worked for two years as a therapist with YCT. A London/Essex charity offering counselling to young people from 6 to 21. I adhere to BACP Ethical Framework for the Counselling Professions and the BACP supervision recommendations which can be accessed via www.bacp.co.uk Supervision Rates Counsellors - 1.5 hours (90 Minutes) £50.00 Student Counsellors - £45.00 (Discounted rate to student counsellors please enquire)

If you have skype installed you can click to call Simon Uskuri.