Breaking the Barriers of Bullying campaign featured in Basingstoke Gazette 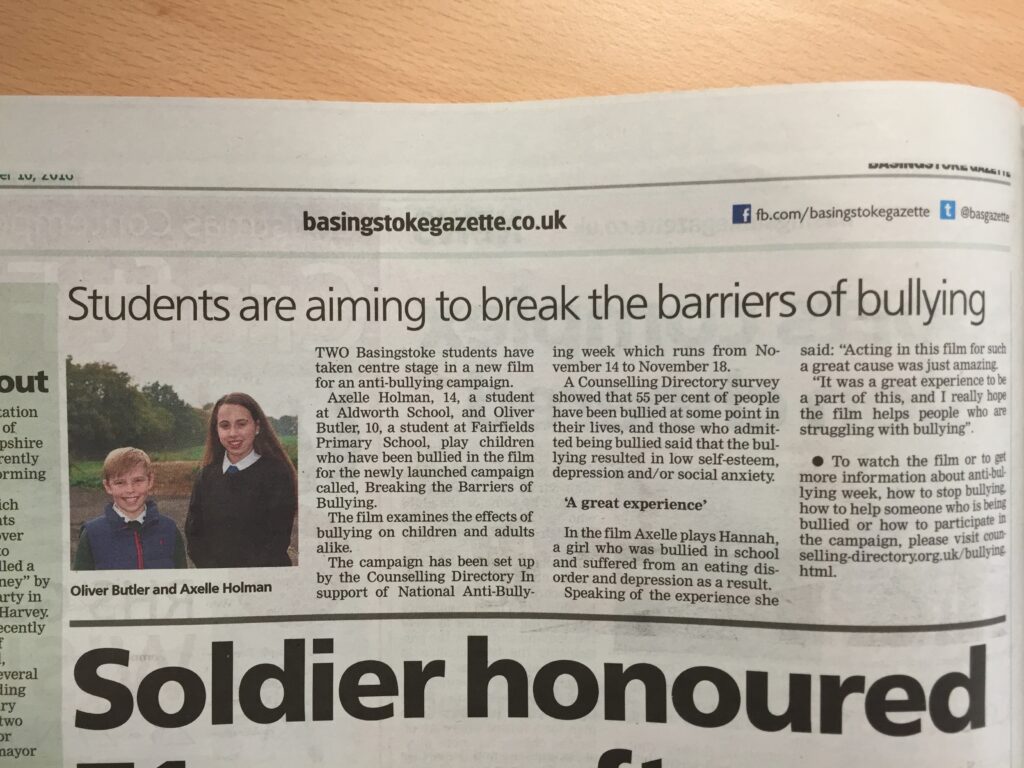 An interview with two actors starring in Counselling Directory’s Breaking the Barriers of Bullying campaign feature film has been published in the Basingstoke Gazette ahead of anti-bullying week.

The article focuses on the two youngest actors in the film, Axelle Holman and Oliver Butler, both of Basingstoke. Axelle plays victim “Hannah” in the hard-hitting film, which uses true stories. Axelle’s  character develops an eating disorder and suffers depression as a result of teasing in school, with the teenager expressing her hope that her role will help others. Oliver plays “Adam” who was bullied at school. The character stood up for himself with the help of his mother and head teacher and the bullying stopped.