The other side: Brexit, anger and the challenge of compromise 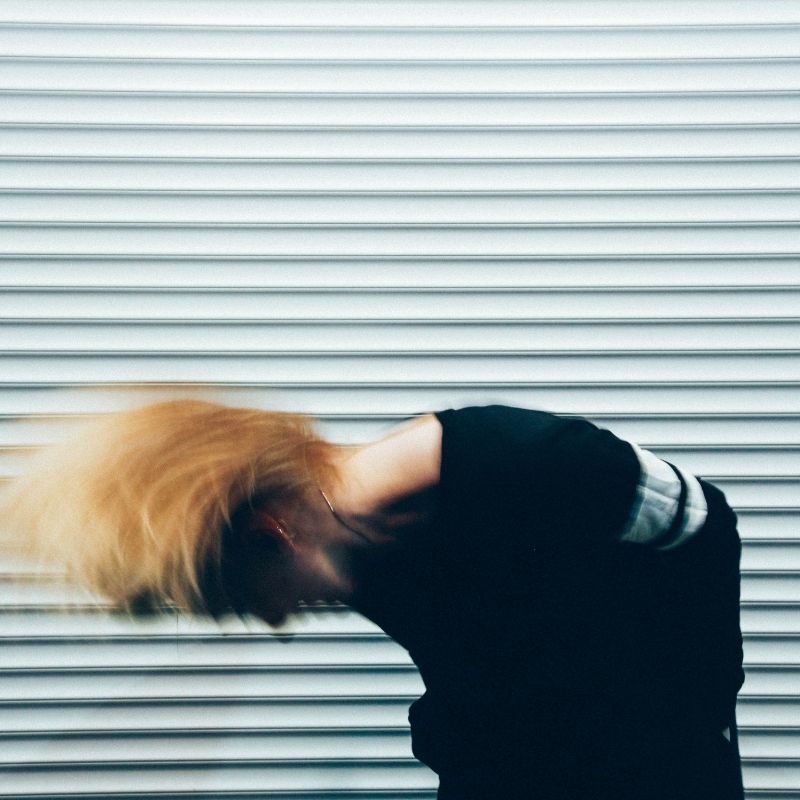 We are an angry country. Whatever one’s views about Brexit (and if it helps, I will not be sharing mine or arguing for one side or another), everyone can agree that a lot of people are very angry.

Demonstrations outside Parliament, debates within Parliament, across social media, radio phone-ins, newspaper columns and headlines, family meals, parties and Facebook. They have all have become venues for anger to be expressed.

Now, this is to be expected. It is a serious issue and views and beliefs are passionately held. It is also a strength of any society that its members engage with the political process and share their views in a non-violent or abusive debate.

Can anger have a positive impact?

Anger can be a positive and motivating force which corrects injustices and achieves change for individuals and communities, but there is also a dark and destructive side.

I am going to explore the form of anger which arises within disagreements, how it can make a compromise so difficult and how talking with a psychotherapist may be able to help, if your life has too much destructive anger within it.

We all have disagreements in all kinds of contexts, and these can quickly turn into angry arguments, raised voices, shouting, yelling, screaming, threats and abuse, accusations. Later regrets over words easily spoken yet so hard to undo.

Anger can be distressing and frightening to the people we direct it against or who witness it. If we keep anger inside us, without expressing it, it can become destructive. Turned against the self, anger can over time lead to depression and even suicidal thoughts.

Many factors will determine whether a reasonable discussion becomes a conflict; the histories of the people involved and the chemistry between them, the subject of the dispute, whether anyone has been drinking. These can all have an impact, but there is also the question of whether we can compromise.

Professionals who involve themselves in other people’s disputes to help resolve them, (in conflict resolution, mediation, couples’ counselling), will often recommend trying to find a compromise, or a shared, common and co-created vision of how the situation could be different.

Dictionaries will define compromise as: an agreement or settlement of a dispute that is reached by both sides making concessions. Literally, billions of compromises are made every day. Imagine each of the 7.53 billion people alive make one compromise each a day. In the midst of the most virulent disagreements, for many people, making concessions is not at all straightforward.

Making concessions, giving something up, admitting we might be wrong about something, or at least not entirely and completely right. This can feel like a threat and provoke us to anger. An aspect of anger which is sometimes missed is that it can cover anxiety or fear; people can become angry because they are frightened. Frightened for their safety or position or frightened that they might lose something.

That feeling, the fear of giving something up or the pain and embarrassment of admitting we are wrong, can touch on uncomfortable memories of similar situations in the past, memories which perhaps make us feel small, insignificant or frightened and about which we would rather not be reminded.

Compromise can be destabilising, at least until we have had time to reflect and think about it and see what advantages there might be for us. In a true compromise, both parties to the dispute make concessions and give something up. Painful as it might be, by letting go, you might actually gain something. In the heat of the battle though, with tempers flaring, and reason silenced, it can be hard to see any way out, other than to fight to protect your position.

Why do we fear compromise and concession?

Where does this fear of compromise and concession come from? Why can it be so difficult? Melanie Klein, one of the pioneers of psychoanalysis and child psychoanalysis, in particular, developed the idea of splitting. Splitting, according to Klein, first occurs in very young infants.

One of the most powerful and influential experiences a baby has is of being fed and of not being fed. When a baby is hungry and their mother realises this and feeds them on time, the baby feels full and cared for. All is right with the world, and the mother is good mother. If for some reason the baby has to wait to be fed (at this age, a baby has no concept of time) then they are hungry, empty and scared. The world is an awful place, and their mother is a bad mother.

The baby doesn’t at first realise that the 'good mother who feeds me' and the 'bad mother who doesn’t' are in fact the same person and can keep them separate in their mind with no undue consequence. The baby begins to realise though that they might be the same person, which is a catastrophic idea, as it will mean letting go of the good, perfect and nurturing mother and admitting that she is actually not perfect.

The baby’s unconscious mind will go to all kinds of lengths to maintain the fiction that there are two mothers, the good and the bad. It is this effort to keep them separate which Klein calls splitting.

In a later developmental position, the baby is able to accept that good mother and bad mother are the same person, mourning the loss of the good/perfect mother and engaging more fully in the reality of their relationship with her and with the rest of the world.

Infants move back and forth between these two positions (that is, between splitting and acceptance of reality) and we all continue to do so to a greater or lesser extent, throughout our lives. Klein called this second position, where reality is accepted, the depressive position. Since giving up the idea of the perfect, good mother, involved mourning for its loss. These feelings make the infant uncomfortable which can explain why they go to such lengths to keep the good and bad mothers separate in their mind. 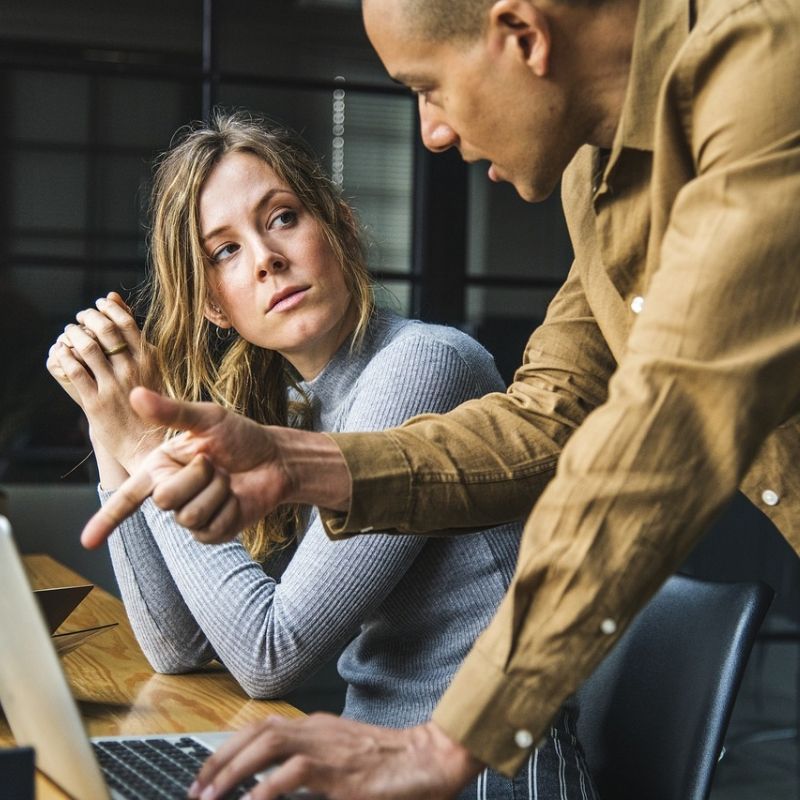 We seem to be caught in a battle to win or lose the Brexit debate.

Depending on your viewpoint, Brexit is either a fantastic idea which will enable the country to fulfil its great potential, once we are free of the shackles of Brussels or the worst idea ever, which will cause unlimited damage for generations to come.

We all seem to be welded to our position; compromise is difficult because to shift positions means acknowledging there may be some merit in the other argument and that can feel threatening.

Our idea of the perfection of being European or the perfection of Brexit was unrealistic, neither as totally good or totally bad as we had thought. To avoid this feeling of discomfort, we need to keep our vision pure and defend our belief as completely right and the other side as completely wrong. And to cover up our fear of this admission, we get angry.

Psychotherapy can help in a situation where you are trapped in a seemingly intractable conflict with another person or group. It provides a neutral space to explore the conflict, its causes and impact on you and to help you think about possible solutions. Talking with a therapist can help you test out ideas and fresh perspectives and try out ways of approaching other parties to the dispute to see if a resolution is possible. Therapy gives you the chance to question your own underlying assumptions upon which you have built your arguments, to understand whether shifting your position is possible and learn where you might be able to compromise, to obtain a shift in the other’s position.

Talking with a therapist can also help you learn how to control your anger. Talking about the deeper roots of your anger, the experiences and relationships which have left their mark and which drive your anger can help diffuse situations in the present where you may fear losing control. Recognising triggers - situations which make you angry and practising techniques to help you keep calm and respond more appropriately, can all help you maintain control in the moment.

Ultimately, psychotherapy can help you keep thinking about what is making you angry and find safer, less destructive ways to express what you are feeling.

Andrew Keefe is a Psychodynamic Psychotherapist and EMDR Therapist, working in private practice in East London and Holborn. He previously worked as a therapist at The Refugee Council, Freedom from Torture and WPF Therapy. He has special interests in working with survivors of violence and terrorism, sexual abuse and birth trauma.