Society; an issue in male depression and suicide 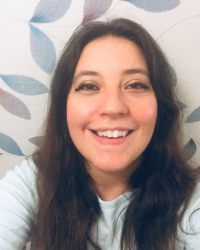 Depression is the illness of those that have been strong for too long.

For many years, men, in particular, have been more likely to go through with their suicide attempts. It is only now that the world is holding a light to the darkness that men have lived in, with the numerous suicides of male celebrities and the media willing to expose story-lines that challenge the realities of this subject and illness that has claimed the lives of numerous men.

Depression itself has been long misunderstood, leading to little help and support available and further damage done to sufferers.

Much medication, whilst helpful, has extremely severe side effects that can contribute to the suicidal state one feels in, and lead to the zombification of emotions. This can increase the despair for some.

Whilst there is absolutely no shame in taking them and some are helped, they tackle the symptom but do not heal and get to the core of the psychological pain and the cause. This is why a treatment of medication and therapy is ideal along with a change of diet, as diet can affect our moods and it has been scientifically proven that diet can play an integrative role; we only need to see that certain vitamins such as B vitamins can make a difference in symptoms such as tiredness and fatigue.

The next damaging thing at play is gender stereotypes and in particular, toxic masculinity, the way we tell boys and men not to cry, we kill their natural emotional being, we don’t allow them to be sensitive and this can be seen by the damaging and abusive comment of ‘man up’. We expect them never to be or feel vulnerable, we imply that if they cannot protect themselves and be strong at all times that they are then weak and lesser of a man is the negative message we give them.

We don’t allow men to be men, to be humans with all that is part of the human experience which is to feel, to have emotions, be able to freely express and talk about them. In general as a society, we have a stigma on being open about our emotions. Men are being made victims by society before being made victims of depression.

An example is when others can be quick to attack those that do so on social media and unfriend them even, comments like 'this isn’t a place to talk about your problems' or 'don’t wash your dirty laundry in public'. So when people reach out, they feel shut down and alone and rejected. Men are taught to bottle up their feelings and that’s what they do until the pain is too much and they can’t see any other way out or lose hope that the world or anyone will ever understand their hell.

As a society, when people want to reach out to us, we silence or dismiss them with things such as: ‘don’t be so pessimistic’, 'others have it far worse', 'don’t be a drama queen', 'it will be okay'... because we are uncomfortable sitting with pain, so these comments may seem helpful but are not. Comparing our pain to those that have it worse, invalidates the sufferer's pain and means that we will never acknowledge it or give it justice because someone will always have it worse.

Pain cannot and should never be measured, nor should anyone attempt this or tell us how we should feel or what we are feeling.

Further isolation and despair is caused by those who suffer from depression because we give out the message that we don’t like hanging around those who appear ‘negative’, and this is how depressed people can feel and this can lead to them isolating themselves and feeling lonelier. This can silence them and prevent them from reaching out and fearing judgement if they do.

Then we have the stigma of suicide. Many professionals’, even counsellors, find this subject hard and unable to work with it. It is important to be able to handle such a difficult subject with clients if we are to help them. Suicide for many years has carried a stigma, victims who died this way didn’t even get a proper burial. Families of someone who has passed away in this manner find it hard to reveal the cause of death as they want to protect the dignity of their loved ones who are harshly and wrongly labelled and judged as being cowards selfish; how could they do this to their families? All become victims apart from the victim who was killed by the disease of depression, just like cancer and other illnesses kill people. One would not have acted on this if depression had not killed them with pain, a pain that they want to kill rather than themselves. Therefore, many will find it hard to admit and open up about their suicidal state, the shame of this and the shame that men ‘need’ to be so-called ‘strong’.

Depressed men like any other sufferer, have been strong for so long, this is the truth. To be human means to be vulnerable, to be human means to feel. Most of the time depression and distress and issues occur because we are being denied that right to be free, to be our authentic selves and because we live in a society that isn’t meeting our needs. We are always in competition, always expected to work insane and unnatural hours in employment, we are more disconnected than ever.

Whilst depression is mental and biological, to me personally, I feel that depression is a natural reaction to having been emotionally strong for so long and that at the core, it is an emotional disorder before anything else.

Changing our beliefs, challenging damaging gender stereotypes and conditioning, creating a healthier and supportive environment and world - one where connection is encouraged and greater awareness, knowledge and education on mental illnesses exists, alongside recognising the importance of a healthy diet in our lives can do so much. We are killing all that is needed instead of killing what is driving so many men to their premature graves.

Antonella Zottola is a qualified integrative MBCAP counsellor. Antonella's private practise is held in Sale and is called Rising Phoenix. Antonella also has a PGCE and teaches counselling; in addition she gave a presentation held by the BACP on domestic violence. She is in the process of writing a book(s) and writes many articles.… Read more

Driving me crazy
By Greg Savva - Counselling Twickenham, Whitton - Masters Degree
When you are confused, distressed, and driven to distraction, it's easy to imagine...
Depression Relationship problems Low self-esteem

Overcoming self-hatred
By Kate Megase MBACP, Registered, Accredited Psychotherapist & Clinical Supervisor
Have you ever felt unloved as a result of attracting the wrong people? This could be in...
Depression Anxiety

Making lasting change
By Kaspa Thompson
We all make promises to ourselves that we are going to get better and do things...
Get involved Connect with us, we're social.
Facebook
Twitter
YouTube
Before using our site, please take a moment to review our Privacy Notice and Cookies policy. By continuing to use this site we'll assume you agree to both.
Ok