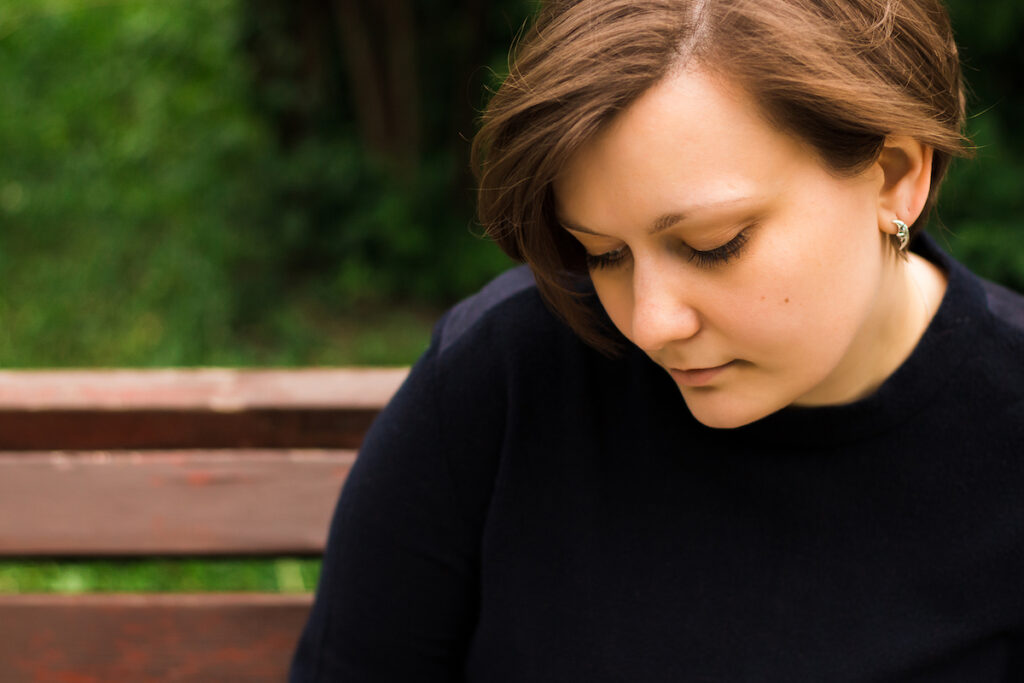 Can you tell us how your eating disorder started and what triggers you think may have lead to it?

As a child I was healthy, I loved to exercise and I ate well. I didn’t think about my appearance because I was more focused on playing with friends and exploring. I moved home at the age of 7, and somehow, junk food became a huge part of my life. I was adjusting to a new environment and dealing with bullies, so things like sugar gave me a huge sense of comfort. As I grew and got older, I found myself wanting to eat more and more, it got out of control.

I would eat blocks of icing, tubs of golden syrup and anything that my mind decided to obsess over. I lost control of my diet and found myself following whatever my mind dictated. I went through a stage of losing weight and trying to be healthy as a teen, I was desperate to be seen as pretty and to be wanted, I didn’t want to be the ‘fat girl’ in school anymore, but this only developed into body dysmorphia and an alternate eating disorder.

I’ve gained and lost a lot of weight in my life, it seems that not much will stick in the long run, I tried all sorts of mechanisms to cope but they were unhealthy. I think that my biggest trigger was being bullied and feeling that I had no one to talk to, if I felt sad, I ate. I was so insecure but food gave me a sense of happiness that I didn’t find elsewhere, even if it was also the root of my insecurities.

Have you sought professional support? 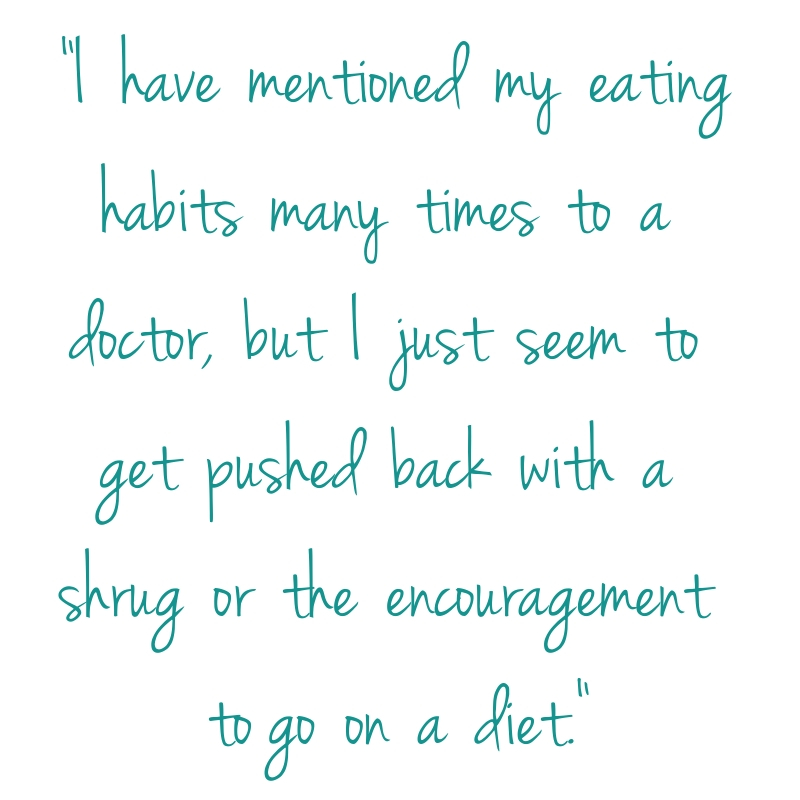 I have mentioned my eating habits many times to a doctor, I’ve even admitted to binging every day, but I just seem to get pushed back with a shrug or the encouragement to go on a diet and walk outside more.

I didn’t get taken seriously when I flagged it, so I never pressed for the help I needed. I felt like I was just seen as another overweight person who was too lazy to exercise and who simply chose to eat more than I should.

I feel like people see binge eating as something that you do when you go through a breakup or if you’re ‘greedy’. It’s misrepresented in the media a lot and many people can’t see past the side effects of the condition, i.e. the weight. Because many people find it easy to control their diet and lifestyle, people don’t relate and they can’t seem to understand that binge eating is more of an addiction and unhealthy outlet, a mental illness, than a choice we actively make.

Binge-eating disorder is often unrepresented in the eating disorder conversation – what would you like more people to understand about the condition?

I wish people knew that I do not enjoy eating until I’m in agony. I do not enjoy crying because I can see my body in the mirror but my mind will not let go of the fact that it wants to eat, even when I tell it that I’ve already eaten. It’s not as simple as making a choice to diet, to run or to go to the gym; while this can sometimes help, if your mental health is not looked after it rarely lasts. This is something that runs deep, it’s from trauma and from a lack of support, it has never been my choice.

What would you say to someone struggling with binge-eating disorder right now?

It can feel like you cannot breathe in your own body, like you have never been detached more from the person you are and the person you see in the mirror. It’s like being a prisoner in your own mind, but people don’t see that. I know how it feels to be looked at like this monster, and being thrown ‘easy cures’ that you have tried a million times and they just don’t work.

The thing is, your weight doesn’t define your value. Your eating disorder is not a lie, it’s not something that you made up, I know that. People out there do understand, you are not alone and while it can take years, binge eating can be limited to a point that you know you’re back in control. Remember that it doesn’t need to be a life sentence, you are powerful and you are still the person you know you are, and you can be the person you want to be.

We spoke to counsellor Stella Stathi to get her insights on Charlotte’s story and explain how counselling can help those with binge-eating disorder.

One of the greatest difficulties people with binge-eating disorder face is other people’s misunderstanding of and negative bias toward their condition. Even though BED is much more common than anorexia or bulimia nervosa (it affects three times the number of people diagnosed with anorexia and bulimia combined) the understanding that it is as much a mental health issue as other types of eating disorders and not a conscious choice of the individual, does not seem to have become common knowledge yet.

Weight stigma and fat phobia are extremely widespread in our culture. This adds extra pressure on sufferers and their mental health. In addition to their personal difficulties, they also need to deal with people’s negative attitude and behaviour toward them. Sadly, the medical profession is not at all immune to weight bias, which, as a result, often prevents sufferers from receiving the health care they need and deserve, as was the case for this young woman.

Psychological support is of paramount importance when dealing with an eating disorder. Using the case of the interviewee as an example, working with a therapist could help her get to the root of her difficulties and discover a way out of the ‘prison’ of her own mind, as she describes it. 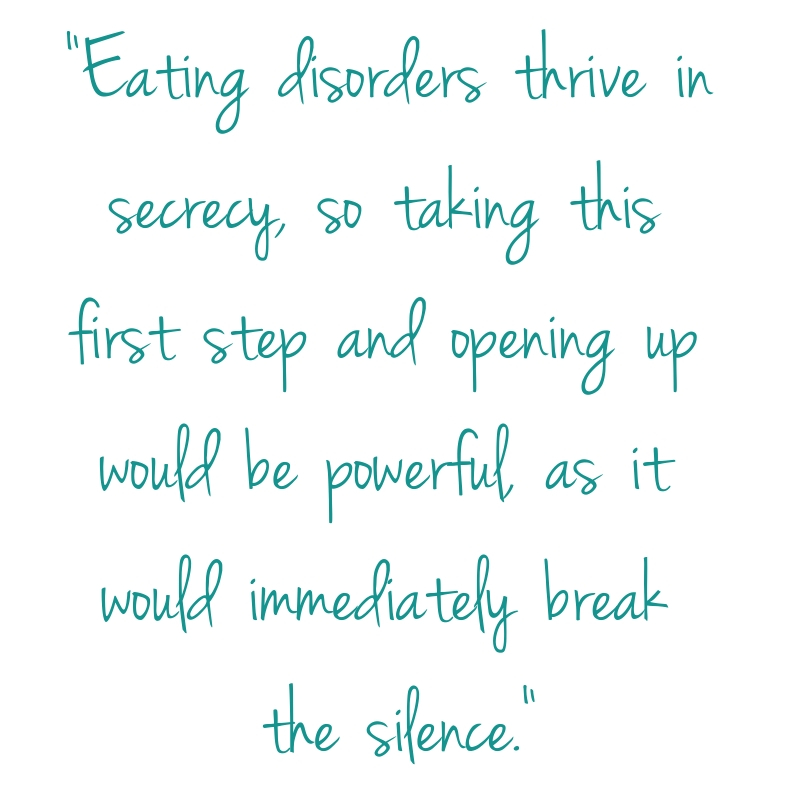 First and foremost, sharing one’s deepest truths and the most shame-filled, hidden parts of oneself, while being witnessed and held with compassion and unconditional acceptance, is one of the most healing experiences anyone can have.

Eating disorders thrive in secrecy, so taking this first step and opening up about what she is dealing with would be powerful, as it would immediately break the silence and the isolation.

A therapist could further support her in identifying the real, underlying, physical, mental and emotional needs that she unconsciously tries to meet through food and learn how to effectively satisfy them. It is important to note here that, in eating disorders treatment, the goal is not to simply give up or ‘get rid of’ food-related comping mechanisms – this always creates resistance and has the opposite outcome.

Our goal is to replace those mechanisms; to develop new, alternative and healthier skills and strategies, and strengthen them, so that the old, unhelpful ones become, over time, unnecessary.

In terms of emotional needs specifically, one of the most important skills that therapy would help her develop is emotional regulation; the ability to recognise and respond to challenging, painful emotions, in appropriate, compassionate ways, and soothe herself, without needing to resort to food to do that. Difficulty in coping with emotions lies at the very core of eating disorders, so this skill alone can be life-changing.