The stigma of mental illness 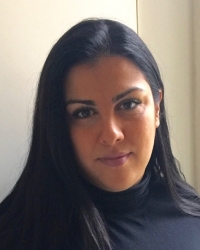 Mental problems are a complex combination of biological, psychological and socio cultural factors which affect people’s ability to deal with everyday life and the way people then tend to think, feel and behave as these three are very much linked with each other. These factors impact the way an individual relates to themselves and their surrounding environment.

There are many differing, strongly held views on the diagnosis and treatment of mental health illness. This is particularly current as the recent edition of the American Psychiatric Manual will increase the number of people who are diagnosed with mental illness.

The label of a mental illness can cause stigma and problems in itself. The lack of awareness and information and the stigma attached to the word “mentally ill” can reinforce the stereotypes that people have about it - and yet in the UK alone, one in every four people have a mental health problem.

The isolation and stigmatisation that surrounds people with mental health problems can worsen their condition, whilst empowering and integrating them into the social scenes are likely to have a positive affect on the individuals and their conditions.

It should be noted that mental health issues do not have a social class or race or gender bias as people from different backgrounds can suffer from these conditions.

Finally there is the view of Kraepelin that people either suffer from mental health or they do not, and we are not free to choose whether to regard some kind of unusual behaviour as evidence of madness or mere eccentricity.

Many people experience some form of mental illness at some point in their lives thus it is very important for this issue to be discussed and lose its stigma and stereotyping. Depression for example is considered a mental illness and yet many people experience some form of depression at some stage in their lives. These psychological and emotional difficulties can have a significant impact on relationships and how people relate to others especially those who they  are emotionally involved with. Therefore the condition of  people with a mental health problem tend to affect the lives of those close to them.

The effect of the mental illness stigma can be as disruptive as the illness itself. For example people suffering from depression usually have an exaggerated negative view of themselves and the world in general. Thus being at the receiving end of other’s discrimination and stigma about the way they feel can reinforce the way they perceive themselves in a more negative way. There is also an element of labelling present in this process. Categorical labelling is a tool that we use to resolve the impossible complexity of the environments we grapple to perceive. Like so many human faculties, it's adaptive and miraculous, but it also contributes to some of the deepest problems we face.

A person suffering from emotional and psychological difficulties often find themselves in a dysfunctional cycle that is enriched by the disturbing impact of the mental illness stigma on them.

Gaining more awareness about mental health issues and illnesses can dramatically reduce the overwhelming effect of this word on people and would enable them to have a better understanding and acceptance of their mental health difficulties or those of the people around them.