Painful Breakup? What are the 5 stages of break-up grief?

Break-ups are terrible, especially when it’s not mutual and comes like a shot out of the blue. I’ve taken many calls from clients who have been on the receiving end of a break-up. Their partner has stated very clearly that they no longer want to be in their life, and therefore wish to end the relationship. The pain of the break-up depends on the nature of the relationship a person had with their partner. 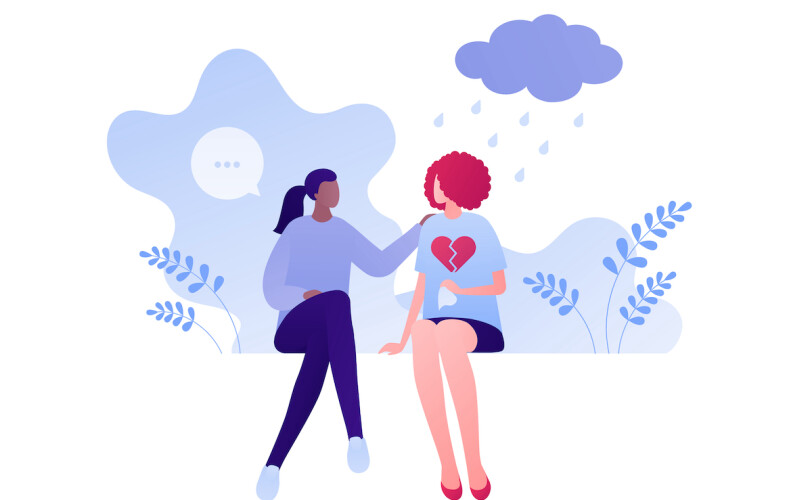 In this article I am describing specific situations whereby someone who has been unceremoniously dumped by their partner, is still in love with them and devastated by their partner’s wish to end the relationship.

I’ve had many clients describe break-ups like a death. In fact many clients say that it’s far worse losing someone who is still alive but doesn’t want to be part of their lives any longer.

For simplicity, in this article I’d like you to imagine that Jane has broken up with Darren.

Here are the five stages of break-up grief

One major factor I’ve noticed in clients is denial. Despite being told that he is no longer wanted by his partner, Darren continues acting as if nothing has changed in his relationship with Jane. This is because the idea of losing her is too traumatic to even acknowledge. Therefore he still calls her, expressing his love for her.

Ultimately Darren refuses to believe that anything has changed.

When a person does this, it’s often because they still feel loving towards their partner and have projected an incorrect fantasy onto them, instead of accepting the truth that she or he may actually feel differently.

For example, after 25 years of marriage Jane tells Darren that she no longer loves him and wishes to separate, stating that there can be no reconciliation and no interest in couples counselling.

Instead of acknowledging the reality of her request and her distant behaviours, he denies that she has fallen out of love with him by stating;

"She definitely still loves me. Only a few weeks ago we were holding hands and enjoying each other's company, I don’t believe it."

The next major emotion is anger. This is often due to the discrepancy the person is feeling between fantasy and reality. As the truth starts to sink in about how Darren's partner really feels, a sense of injustice begins to build. This is because his expectation was that they would be together until the end, however this simply means that he hasn’t read the signs of slow deterioration within the relationship.

Ironically this is necessary, and the first indication that what he believed wasn’t actually real. In fact, he had imagined that the intimacy between himself and Jane was much stronger than it actually was. For her, the intimacy and emotional connection had been dropping off for some time.

As reality sets in, so does the desperation to end the unbearable pain of loss. This is where clinging and neediness really comes into play. The person on the receiving end of the break-up will now do literally anything to change their partner’s mind. They will often engage in full approval seeking mode in order to try and please their partner and change his or her mind. The main drive here is to scramble back some intimacy and end the pain

These are classic signs of bargaining, despite being told there is absolutely no chance of a reconciliation with Jane.

The deep sadness and heartache which comes from being left by a partner is terrible, however this gut wrenching process is necessary for healing. If nothing else, the very human nature of suffering shows that the person felt a deep love and care for their partner. This can result in the person not looking after themselves. Darren may struggle with eating, avoiding social dates with friends and staying in bed for prolonged periods, reminiscing about losing the love of his life.

This is torture and can continue for long periods, depending on the nature of the break-up.

It has been said that time is a healer, although wounds run deep. Relationships are transformative and the acceptance stage is a very important milestone to reach.

Eventually intense feelings fade, but the time in which they fade depends on the nature and depth of the relationship a person shared with their ex-partner. Healing opens up dynamic opportunities for growth, increased self awareness and new perspectives on what they want from a new relationship moving forward.

Each stage of relationship grief takes time, and unfortunately cannot be rushed no matter how much the mind wants to move on. This is because emotions weaken much, much slower. Regardless of how quickly the mind wants to end the suffering of grief, intense feelings in a person's body stemming from heartache take much longer to wane.

I’ve known people to go through these five stages for months or even years after a break-up. Contrary to what people might say there is no normal time in which a person heals from heartache.

If you need help dealing with break up pain feel free to contact me for a no obligation chat. If you feel comfortable from there you can book sessions to understand and process the powerful feelings you are going through on the road to healing and increased self-awareness.