All relationships are to some extent cross-cultural, in that both parties come together from different families to build a new unit together. Whilst for many couples this will be a natural set of compromises to which both partners will adjust naturally overtime – for others, the differences can be fundamental, with one finding it difficult to understand the other way of looking at the world and vice versa. 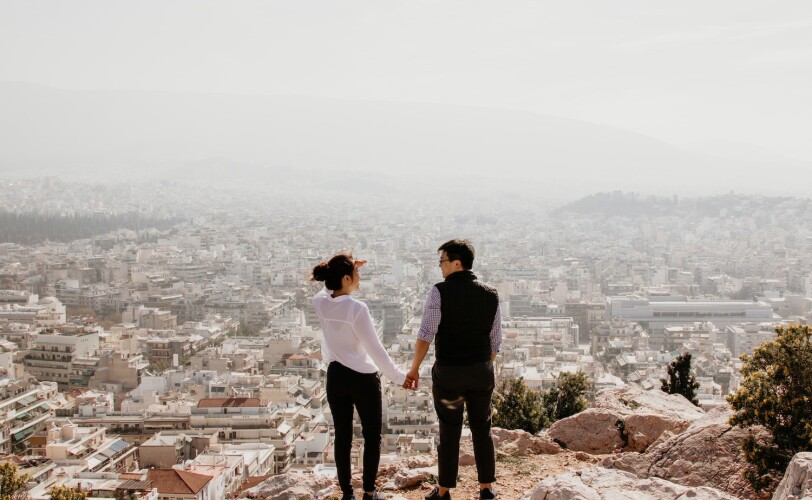 The loyalty we often feel towards our own culture and traditions can sometimes mean we find it difficult to understand another’s. In a relationship situation when two people have differing beliefs, it is these feelings that can be pushed to the forefront, overwhelming the individual feelings we have for one another.

Cross-cultural issues faced by couples include loss of identity, conflicts over differences in fundamental beliefs, clashes in parenting tactics, struggles with unsupportive families and different interpretations of an event relating to some aspect of differing cultures.

Counselling for cross-cultural issues can help couples step outside of their restrictive cultural identities to see one another with greater clarity, as individuals. By taking the time to listen to one another’s stories in an objective setting with a counsellor, a new level of understanding may be reached, obstacles can be overcome and a plan for moving forward can be made.

What is cultural identity?

Culture isn't just about the things we can see. It's not just about the national dish, the fashions people wear, the gods they worship, or even the places they live. Culture is for the most part invisible; we hardly even notice it until we're forced to step outside and see it from a new perspective. A large amount of what we do, say, think, believe, and to some extent, feel - is shaped by the culture we come from.

From a young age, the information we absorb from the world around us influences our:

Particular challenges faced by people in cross-cultural relationships include:

Lifestyle disagreements are arguments involving daily life. These disagreements can sometimes be sparked by resentment because one or both partners feel their culture is being rejected or attacked when the other refuses to follow their customs or traditions.

Some lifestyle disagreements include:

Counselling can help iron out these domestic problems by looking at the driving forces behind them. Often, the problems run deeper than they first appear and couples can benefit from getting them out in the open to tackle them head-on. With so many obstacles to overcome in cross-cultural relationships, having clear communication lines in everyday life is essential.

If you fall in love with someone who doesn't share your religious beliefs, how do you get around the fact that you might have different fundamental ideas about life? Are your beliefs compatible? Would you sacrifice some of your rituals, or soften some of your beliefs, to make your partner happy? Would you take the time to learn about their beliefs, or perhaps even go with them to their mosque/church/temple?

Some of the main religious issues in cross-cultural relationships include:

Religious differences have been known to rip good, loving relationships apart. Learning how to deal with them is paramount.

Religious differences don't have to signal the end of a relationship - having conflicting views about the world can be a healthy and enlightening experience. Couples counselling is designed to help you step back from your relationship and see it as a separate entity, away from both you and your partner. Your counsellor will encourage you to investigate the role religion plays in your relationship. What parts does it impact? Your daily routine? Your conversations? The way you feel about each other? Next, your counsellor will help you identify the point at which religion started to have a negative effect on your relationship.

By looking back at how your relationship formed and the role religion played right at the beginning, you can work on reclaiming those initial feelings. Your religion need not smother your personal identity. It is possible to accept and embrace your partner's beliefs while staying true to your own. Variety is the spice of life, and as long as you respect one another's decisions, the odd disagreement shouldn't stand in the way of happiness.

Language is an important part of communication, but it is not actually necessary. Thousands of unspoken messages pass between people whenever they meet. A glance here, a foot tap there, a flick of the hair, a tensing of the shoulders. Every movement tells a story and romance offers the richest vocabulary. While many cross-cultural couples start out not understanding each other at all, normally at least one partner speaks the others' mother tongue - albeit basically.

While a shared first language is not necessary for a happy romance, not having one can bring up challenges in the long run, including the following:

Counselling can help to improve communication pathways between couples, even when those couples don't share a first language. By clearing up misunderstandings and voicing secret feelings about alienation and frustration, couples can step out from the tangle of problems miscommunication presents and start with a clean slate.

If you've moved to a different country, changed religion, or sacrificed your own culture to embrace your partner's, you may begin to feel a little departed from the person you used to be. When you integrate into a new culture, you often have to leave some of your old habits behind. Soon, it becomes apparent just how important those small habits were to you, and how much they impacted your own sense of identity. You might wonder:

A counsellor will help you to think of ways you can reclaim parts of your old identity in a way that doesn't stop you from integrating well into your partner's culture. It is possible to hold onto your identity while embracing a new culture and, with the help of a counsellor, you can start to explore what makes you, you. After all, you are an individual and, while the culture you grew up in might have helped shape your identity, it does not own you - you are in control.

In this article, we'll distinguish between someone who simply tells an occasional white lie (a small lie with no...