"It’s never too late to find out who you are."

It’s a common assumption that transgender people (regardless of how late in life they might decide to transition), know from an early age that they were “different” from their peers and recall instances in childhood where they expressed a gender identity contrasting their birth sex.

Girls who cut their hair short, boys who preferred to wear dresses. Of course, gender identity doesn’t always fit into such neat little binary boxes, but for a lot of trans folk, the signs were there from the very start.

But, that’s not always the case.

I was eighteen years old when I realised that my life up till that point, to be a bit dramatic, was a lie. I remember being at a very stressful point in my life, having just overcome intense A-Level exams, left an unsatisfying relationship, and was trying to help my sister deal with depression. I sat down on the arm of the sofa, head feeling like it was about to explode, when it hit me.

A strong, resonate thought that shook me to the core: I don't want to be a girl anymore.

Needless to say, I was freaked out. Where had that thought come from? I had never considered that I was unhappy being a girl before. I was always a bit of a “tomboy”, but the same could be said of a lot of my female friends. I had quite a sheltered upbringing, having spent my teen years living with my grandparents. So I had no idea it was even possible to change gender - until I turned to the internet for advice.

I struggled for a good year with who or what I was. My body became unfamiliar to me. I can’t express how terrifying it is to look in the mirror and see a stranger staring back, or how often I felt the burning need to claw off my skin in frustration. I’d never paid much attention to my body before – it just was what it was – but the signifiers of femininity became alien to me.

Hearing my name, one that I’d been addressed as thousands of times before, made me shudder. Being referred to as “she” or “her” would make me feel sick. I’d look at guys on the street and constantly compare myself to them. Did I want to look like them, be with them, or both? Why was I happy to have thick leg hair, for my voice to be lower than other girls, for my heart to skip a beat with joy if someone was to accidentally call me “sir”? 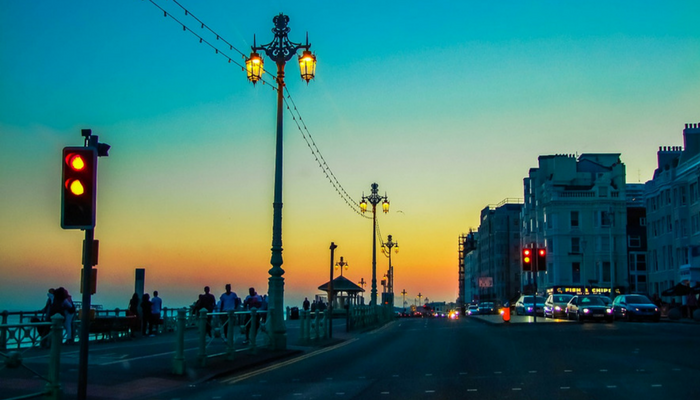 The stress of it overwhelmed me to develop anxiety and depression. I was often too afraid to walk in the classroom at university if I was late for class, instead running home and hiding under the duvet. I struggled with socialising as I felt like I had to put on a persona, wear a mask, around my friends; it hurt to be with them when I couldn’t be truly happy in their company. I either ate too much or not enough, and I’d sleep for 12 hours a day.

There were happy moments, of course, but I was constantly worrying if I was “man enough”, examining every aspect of my personality and appearance for signs that evidenced I really was trans.

I was emotionally and mentally drained 24/7.

I think the turning point was finding an amazing counsellor. I’d seen a few others who had been very unhelpful – one even said I wanted to be a man as I didn’t have a father figure in my life because my parents were divorced! But this counsellor was a godsend. Laid-back, open-minded, a friend I could depend on. When I started desperately trying to convince him I really was trans, as I had done with previous counsellors, he just nodded and was like, "Sure; if you say you’re a guy, then you’re a guy."

That’s when I had another revelation: I was overthinking everything. I couldn’t help how I felt. I am who I am, and that’s that, no matter what anyone else tells me to think or feel or be. Even if I wasn’t 100% masculine in terms of my personality and interests, it felt more right to me than it was to identify as female.

Things started to get better from then. My self-esteem slowly crept back up and I took baby steps towards growing more comfortable with myself as a man: I cut my hair shorter, bought men’s jeans and spread my legs when I sat down.

I was fortunate enough to have a mother and sister who were more understanding than I could have dreamt. Even though it upset them that they were losing a daughter and sister, they were happy to see the confident, care-free young man I was becoming. My sister actually helped me pick a name that better suited me – picked from a video game, of course, what else would a nerd choose?

I told my friends one by one, taking them aside in private and blurting out that I was actually a guy, terrified of their reactions. I was bewildered that none of them were surprised and adjusted within seconds after the initial shock. I was expecting angry backlash, tears, questions, but they all just hugged me and said they were happy for me. With every person who accepted me, it was like a weight being lifted off my shoulders until I could hold my head up high and breathe easier.

It was another year before I could start to transition medically, partly due to my own anxiety and partially with delays in the NHS. It was incredibly frustrating. Every day seemed to crawl by agonisingly slowly. I managed to hang in there, supported and encouraged by my friends and family, until the day I was prescribed testosterone - aka, a miracle in a sachet.

Within a fortnight, my body had started to change. It was exhilarating, seeing my body change before my very eyes to something much more beautiful and familiar-feeling to me. I could finally see me in the mirror, not some girl I didn’t know. With the physical changes came emotional ones too – it became increasingly easier for strangers to read me as male, until it got to a stage where I could pass as cisgender male.

The goal I'd been striving towards for so long was now a reality, my normal.

The life I lead now is drastically different to six years ago. I’ve got a full-time job, just finished a Masters in Creative Writing, have more friends that I can count, a boyfriend who accepts me for me, and top surgery just around the corner. I sometimes wonder how I managed to get so far - and if I’ll wake up from this happy dream one day.

On reflection, though, I can break it down into two reasons: one, loving myself, and two, the love from others around me.

Sadly, I know the latter isn’t always a possibility for other trans or questioning folk out there, but even having at least one friend to confide in makes the journey so much easier; even though one’s gender identity is a very personal thing, it’s not something one can always discover alone.

In regards to the first point, the key to happiness, based on my experience, is never rejecting who are you are. It may be scary or unexpected where you end up on the road to becoming comfortable with your gender, but you have nothing to lose from being yourself  - and everything to gain. Because, living life to the fullest you possibly can, as who you really are, and not hiding in the shadows of fear or doubt is the best feeling in the world.

My advice to anyone going through the same thing is don’t lose heart – you’re not alone.