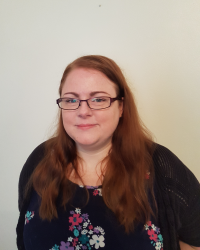 Many of us struggle when it comes to our sexuality or gender identity, is that you too? Have the people around you rejected you or are you worried that they might? Would it be nice to work some of this stuff out, with the help of someone who gets it?

Life is hard enough being queer. For some of us it was obvious from the start where our sexuality and identity sat, but not all of us. Some of us spent years trying to figure it out. Even if we did know from an early age who we are, it’s not like the world made living openly as ourselves easy. Many LGBT folk have been rejected by their birth family, their church or faith community, their friends. Many were bullied growing up because others could see what they could not and were threatened by it, or because they lived their truth too openly for the tastes of others. Can you relate to that?

Heck, it’s only been since 2014 that same-sex couples have been allowed to get married and celebrate their love legally and be recognised, in law, as the beautiful families they always were. And don’t get me started on where we stand with trans rights. There is a reason some 89% of trans young people have considered suicide (2021, stonewall.org.uk).

As a result of this, many LGBT people, (or the one I prefer, GSRD; Gender, Sex and Relationship Diversities, much more inclusive I reckon) still don’t feel safe in this world and have so much they need to unravel from their past. Some of us may at this point still be trying to clarify who we are and need somewhere to talk that through.

That’s where I come in. I am here for you, wherever you are in your journey. Together we can work out where you stand on the gender and/or sexuality spectrum. We can process those awful experiences that have been getting in your way for far too long, so you can move forwards feeling stronger, happier, more comfortable in your own skin and more able to handle a world that isn't always so friendly to people like us.

I’m here to help you figure things out and gain some peace.

Certificate in Online and Telephone Counselling

This Not For Profit association of counsellors and psychotherapists aim to support the counselling profession, members and training organisations.

I offer a free 30 minute chat over zoom or telephone so that you can ask any questions you might need to and we can decide if we might work well together before committing to paid sessions.

Assessment and following telephone or zoom sessions are priced at £50 per 50 minute session.

I do offer a discount for counselling students needing 10 or more sessions in order to complete their course.

I offer sessions over zoom and telephone, where you can access therapy from the comfort of your own home.

Email me Save profile Saved