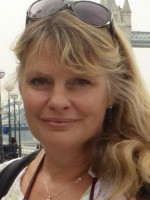 Much of what we do we do without knowing why. Psychodynamic therapy can help when things go wrong and you find yourself in yet another mental cul-de-sac. Sometimes life seems full of wrong turns and troubled relationships and you wonder, 'why me?' I can help you explore your deeper unconscous motivations and work with you to find a new way forward. It may not feel like it right now, but life can get better.

I also offer supportive counselling in a calm, confidential environment for the times in life when you just need someone to come alongside you while you live through a period of sadness or loss. This may be the death of somone you love, the break-up of a relationship or the everyday anxieties of growing up or living in a competitive world. Through all this I can provide a reassuring presence when you are troubled by unspoken tensions that are difficult to share with family or friends.

I began my informal training in counselling skills 30 years ago as a volunteer with Central London Samaritans. Subsequently I have volunteered with the mental health charity, MIND and Barnado's Support4Parents scheme.

For the past 7 years I have been involved with Child Bereavement UK supporting both adults and children with the death of someone important to them. Since 2013 I have also worked as an honorary counsellor for two low cost services in the community and also in a school in Oxfordshire.

My formal training was initially in Psychology and arts at Leicester University and I subsequently gained a Post Graduate Diploma and Masters Degree in Psychodynamic Practice at University of Oxford. I now practice as a Psychotherapeutic Counsellor, Accredited by the UKCP and am a registered member of the British Association for Counselling and Psychotherapy (BACP).

Sliding scale based on ability to pay