Searching for a specific Counsellor or Therapist? Try our advanced search
Behavioural therapy

The main counselling approaches: What are they?

Three of the main forms of counselling can sometimes be confusing. In this article, I hope to unravel and clarify some of the mystery surrounding these three types of counselling approaches by means of comparing and contrasting with reference to their differing theoretical rationale, therapeutic interventions and processes of change. 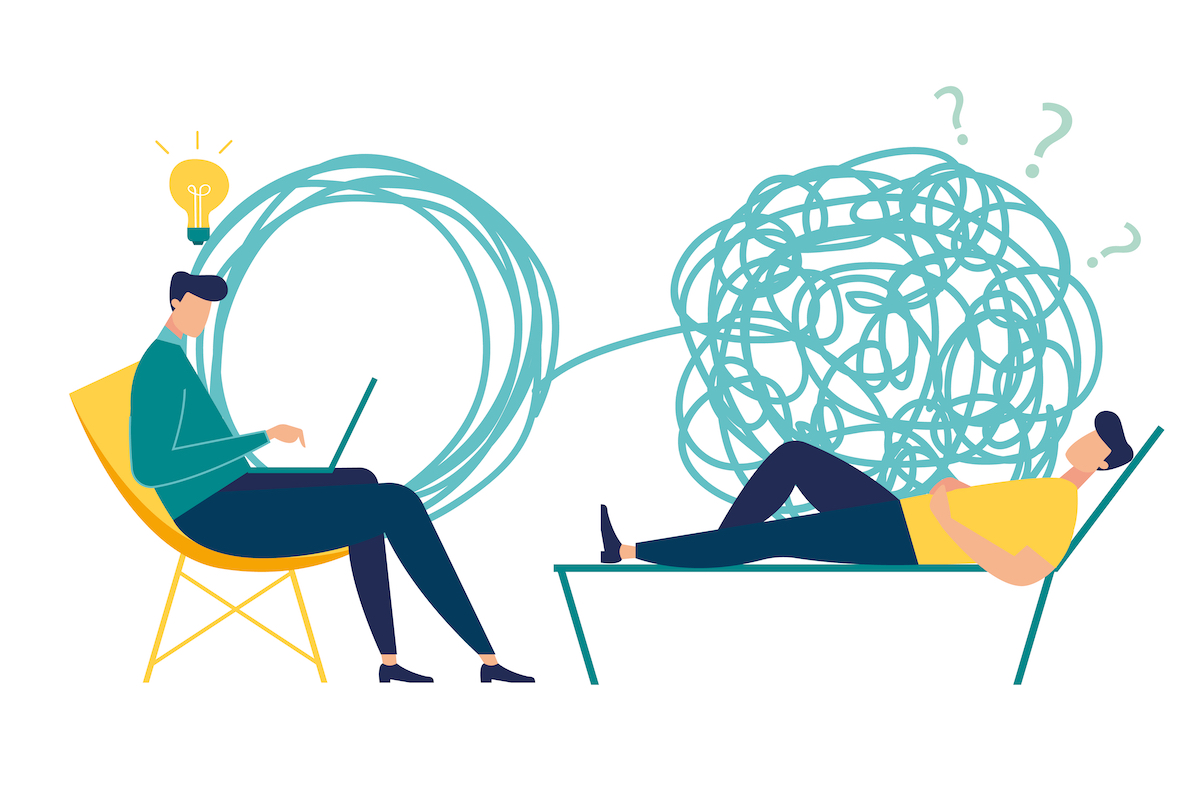 What are the three main counselling approaches?

The person-centred approach focuses on the belief that we are all born with an innate ability for psychological growth if external circumstances allow us to do so. Clients become out of touch with this self-actualising tendency by means of introjecting the evaluations of others and thereby treating them as if they were their own.

As well as being non-directive the counselling relationship is based on the core conditions of empathy, congruence and unconditional positive regard. By clients being prized and valued, they can learn to accept who they are and reconnect with their true selves.

The psychodynamic approach focuses on an individual’s unconscious thoughts that stem from childhood experiences and now affect their current behaviour and thoughts. The urges that drive us to emanate from our unconscious and we are driven by them to repeat patterns of behaviour. Therapy includes free association, the analysis of resistance and transference, dream analysis and interpretation and is usually long term. The aim is to make the unconscious conscious in order for the client to gain insight.

CBT focuses on how an individual’s thoughts and perceptions affect the way they feel (emotions) and behave. We are reactive beings who respond to a variety of external stimuli and our behaviour is a result of learning and conditioning.

Because our behaviour is viewed as having being learned, it can, therefore, be unlearned. By helping clients to recognise negative thought patterns they can learn new positive ways of thinking which ultimately will affect their feelings and their behaviour.

When comparing and contrasting these three major approaches in relation to their differing theoretical rationale, I found the following similarities between the person-centred approach and cognitive behavioural therapy.

Both deal with the conscious mind, the here and now and focus on current problems and issues the client may have. They both have a positive view of human nature and view the individual as not necessarily being a product of their past experiences, but acknowledge that they are able to determine their own futures. They both attempt to improve well-being by means of a collaborative therapeutic relationship that enables and facilitates healthy coping mechanisms in clients who are experiencing psychological pain and disharmony in their lives.

In comparing the similarities between the person-centred approach and the psychodynamic approach, it is possible to see some similarities and parallels between the concepts of the actualising tendency, the organismic self and the self-concept to Freud’s theory on personality structure.

The id and the organismic self are both representative of that part of the psyche that is often ignored or repressed. The super-ego and the self-concept, both describe internalised rules and moral values which have been imposed upon us by significant others. The ego is similar to the actualising tendency in that it is concerned with mediating between the id and the super-ego and the actualising tendency seems to echo this.

The cognitive behavioural approach is based upon the theoretical rationale that the way in which we feel and behave is determined by how we perceive and structure our experience. In the person-centred approach, a person is viewed as having had various experiences and developing a personality as a result of these subjective experiences.

“Freud emphasised the need to modify defences, to reduce the pressures from the superego so that the patient could become less frightened of the superego and to strengthen the ego.”

Freud’s structural model states that the human psyche is an interaction of the three forces: the id, the ego and the superego and he also assumed that we are driven by inherent sexual and aggressive drives. Cognitive behavioural therapy sees functioning or dysfunctioning as being a learned response to external stimuli.

“The creation of a relationship of safety and trust is an essential first step in CBT, as in any form of therapy.”

There are however some similarities between the psychodynamic approach and cognitive behavioural therapy. Many of our schemas were put in place when we were very young and stem from childhood, this learned response and behaviour could be linked to the psychodynamic intervention of linking childhood events and associated feelings to current problems.

Looking at the differences in the therapeutic interventions between the psychodynamic approach and cognitive behavioural therapy the key therapeutic interventions used in the psychodynamic approach are free association, thematic apperception test (or Rorschach inkblot test), parapraxis, interpretation of transference, dream analysis, hypnosis and regression.

The similarities between the person-centred approach and cognitive behavioural therapy in relation to their process of change are that the core conditions used in both would bring about change in the client by the building up of trust and rapport.

When comparing the differences in the process of change between the person-centred approach and the cognitive behavioural approach, change would occur for the client in cognitive behavioural therapy through guiding and assisting them into firstly identifying negative thought patterns and then by changing their irrational beliefs. By changing thoughts, we can change the way in which we react to situations and events.

In cognitive behavioural therapy, this process of change occurs by means of education, and by bringing these thought patterns into awareness behavioural change will occur. Change can also occur through reality testing in which the client’s negative beliefs will be challenged and their subsequent negative emotions eliminated.

In the person-centred approach, change occurs with the core conditions of empathy, congruence and unconditional positive regard being in place. This relationship is all that is necessary to bring about change and with no threat of being judged, the client learns to perceive their world from a new perspective and gains the ability to self-actualise with felt senses connecting the different aspects of their particular issues.

In contrasting this to the psychodynamic approach, change occurs by means of uncovering repressed or significant events and their associated feelings. By this process, change will occur and the client will be better equipped to understand the connections between past events and present behaviour.

In the person-centred approach, it is a personal process for the client of being in a warm relationship but, in psychodynamic counselling, the counsellor is a blank slate on which the client can project feelings. Transference is crucial in the process of change, requiring understanding and interpreting, but the person-centred approach ignores the past events in a client’s life unless these events affect the client’s conditions of worth.

When comparing the similarities between the psychodynamic approach and cognitive behavioural therapy, change could occur through the uncovering of schemas, which is similar to bringing the unconscious into conscious awareness.

By gaining this insight, the client will achieve a new perspective that will form the basis for healing and change. Cognitive behavioural therapy deals only with the here-and-now; it does not address the past, deals only with presenting symptoms and could miss underlying problems.

“The cognitive model assumes that emotional and behavioural change is mediated by changes in beliefs and interpretations.”

“A major difference between CBT and psychodynamic therapies lies in the degree of importance given to exploring early childhood experiences for the origins of maladaptive patterns of thinking and behaviour. In CBT it can be helpful to explore early experiences to enable the client to place his problems in a historical context, but this is not seen as a major part of the counselling.”

Is there a 'best' approach?

In conclusion, each model has its own strengths and weaknesses and individuals may find one approach more appropriate than another, depending on their own personal preference or on the severity and depth of their presenting problem. Time factors and costs would also need to be taken into consideration.

You’ve just taken the hardest step: looking for help. That’s beautiful and courageous. Whatever troubles you, know there are answers. They may not be ones you expect – sometimes, the causes aren’t what we think they are. Nor are they just “I’ll be fine” ans...