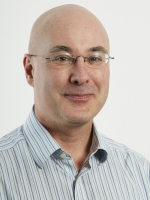 I am a psychoanalyst and psychoanalytic therapist in the Lacanian tradition and offer a safe and confidential space in which to address human suffering and distress through in-depth therapeutic investigation guided by careful listening and orientated to the uniqueness of each person. I also offer clinical supervision for psychoanalytically informed practitioners interested in the Lacanian orientation.

I have over ten years experience of professional clinical practice as a psychotherapist.  Earlier I held a placement within St Thomas’ hospital outpatient’s psychotherapy department for a number of years before setting up his own private practice in 2010. Prior to my professional training as a psychoanalytic psychotherapist I worked in the field of mental health and illness for over 15 years. I have extensive experience of working with the whole range of mental health difficulties, and have worked therapeutically in the field of the psychoses. For many years I have been involved in provision and training within therapeutic communities, or intensive institutional psychotherapy, for the severely mentally unwell.

I have studied psychology and philosophy to doctoral level before undertaking a training in psychoanalysis in the Lacanian orientation with the Centre for Freudian Analysis and Research (CFAR) in London. I have extensive experience of teaching and training in psychoanalysis, psychotherapy and therapeutic interventions. I regularly present seminars and lectures for CFAR’s public seminars and professional clinical training programmes. In addition to psychoanalysis I am interested in continental philosophy, Buddhist thought and practice, and the dialog between analysis and other forms of thought.

I am fully qualified as a psychoanalyst and practice psychoanalytic therapy and counselling.

Offering a safe, flexible, confidential and non-judgemental approach addressing a broad range of mental and emotional distress, personal and relationship difficulties, and other symptoms of modern life. Experienced in working with a variety of common issues such as:

The initial consultation is free of charge.

Fees for treatment sessions depend upon your ability to pay and your personal circumstances, taking into consideration that psychoanalysis is not a ‘quick fix’ and the treatment may well be a lengthy process.

My standard fee for one session a week is £70 with negotiable increases for additional sessions in the week.  I recommend two sessions per week or more for  more sustained and in depth work.

The fee and the frequency per week of sessions will be discussed and decided during the initial consultation if you decide to take up my offer of analysis.

Psychoanalysis is a form of knowledge and a therapeutic approach to mental and emotional suffering and difficulties. It was discovered by Sigmund Freud over a century ago. Freud invented his ‘talking cure’ based on the hypothesis that there coexist in our mind both conscious and unconscious thoughts, wishes, fantasies and desires which are often incompatible and in conflict with one another. This conflict can lead to difficulties in understanding our own motivations and actions. Psychoanalysis holds that feelings and actions are affected by unconscious factors as much as those we are consciously aware of. We often find ourselves suffering in ways which we do not fully understand and acting in ways contrary to our express belief and knowledge, ideas and ideals.

Psychoanalysis and psychoanalytic therapy is a work of exploration and discovery which seeks to link our experience of suffering in the present with speaking in depth about the particular life history that has shaped our understanding of ourselves and our relationships with others from early in our lives. Although unable to promise ‘positive outcomes’ psychoanalysis can often lead to a re-orientation with respect to our desire and understanding, and a transformation in our relation with others and the world. Although not directly concerned with the removal of ‘symptoms’ psychoanalysis often has the effect of reducing the suffering associated with them, the relief of emotional distress and rediscovery of meaning in our lives.

The psychoanalytic therapist does not provide readymade answers but instead encourages the consideration of unconscious dynamics repeated in actions and behaviour, and assists in exploring the deeper significance of symptoms and difficulties. Although psychoanalytic therapy demands a commitment and investment of time, effort and money, the benefits can be profound and can put a person on a more solid path for the rest of their life.

…with a Lacanian orientation?

Lacanian psychoanalysis, which remains close to the Freud’s discovery, has developed over the last fifty years or so from the work, thought and inspiration of the French psychoanalyst Jacques Lacan. It is a unique, flexible and non-judgemental approach to analysis based on attentive listening to the particularity of the speech of the individual patient and to their relation to suffering and meaning.

A Lacanian psychoanalytic orientation has no pre-established conception of ‘normality’ or of what should be achieved in the therapy within a specific amount of time. It is an experience and practice which respects the individual’s uniqueness, what is singular for that person, whilst supporting a self questioning with respect to ideas and ideals. There are no contracts, goals, general aims or fixed ideas about desirable outcomes supplied by the psychoanalyst.

Lacanian psychoanalytic therapy is not a ‘standardised treatment’ but rather focuses on the discovery of a personal solution to presenting problems which an individual discovers in and through the process of psychoanalytic therapeutic engagement. It offers an invitation to speak openly and freely and to be listened to at a fundamental level, and through this to develop new ways of responding to and live in the world.

A Lacanian approach to psychoanalysis and psychoanalytic therapy does not depend on ‘formal aspects’ such as the necessity of attending a certain number of times per week, or sessions having to be of a prescribed duration. The approach to psychoanalytic work is flexible and involves a joint effort of the analyst and the analysand (the patient), in attempting to find ways to access unconscious thoughts and forgotten experiences, to escape from damaging repetitions and as yet unknown psychical forces, and to address the factors which may be impeding and constraining in our lives.

Psychoanalysis and psychoanalytic therapy is not only a psychotherapeutic treatment aimed at the alleviation of personal suffering, and emotional or mental distress. The practice cannot be limited to a ‘modality of therapy’ but offers a unique opportunity for you to get to know who you are in the contemporary world, where everything seems rootless and uncertain. It is an exploration of those aspects of ourselves and the mind which we usually push aside and filter out in our everyday lives, but which if given a sustained central focus can be seen to condition our moods and thinking, our stance in the world and relationships with others.

Psychoanalytic therapy offers one of the few spaces in which you are encouraged to practice ‘free speech’, to follow trains of thought and experience, and investigate your dreams and fantasies. It is also a space in which the big questions can be raised about your life, your ideas and ideals, loves and hates, with respect to what has contributed to your present state, and the envisioning of a possibly different future. Psychoanalysis can open up new horizons and uncover the hidden barriers to personal growth and development.