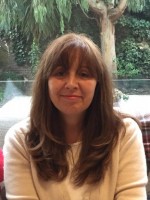 If you have skype installed you can select the link below to call Dominique Cornwall BAPC registered.

I have experience in working with anxiety, depression, loss and grief. I am working with people bereaved by suicide, with issues with work and redundancy, with relationships and family issues, or suffering from lack of self-esteem or from traumatic experiences.

Counselling, is about being offered a safe place where difficult and disturbed emotions may be expressed and explored, in complete confidentiality, and without judgement or criticism.

I will be with you to contain your troubled emotions, and help you to manage and change them into something more acceptable.

Our initial meeting will give us the opportunity to have an informal discussion with no obligation attached.

Over the years I have been particularly interested in the subject of loss because it hides so many more issues than the loss we think we suffer from.

I have been a volunteer counsellor for the Cruse Bereavement Care Charity for more than 10 years. My on-going work with bereaved people keeps me humble. I am privileged to accompany them in their most difficult and challenging time of life.

I am a trained Psychodynamic Counsellor for Adults. I am registered with the British Association of Counsellors and Psychotherapists (BACP).

I am an accredited Bereavement Counsellor and Supervisor for Cruse Bereavement and Care Charity.

I am also involved with the Samaritans/Cruse Project for which I facilitate groups of people bereaved by suicide and supervise their co-facilitators throughout the UK.

Prior to my training as a Counsellor, and before I started a family, I worked for 10 years for the International Maritime Organization which is a body of the United Nations.

Individual counselling : £70.00/per session on a weekly base.

Fee can be negotiated.

I offer sessions via Skype or by telephone

my office is accessible by staircase only

Sessions from 8am til 6pm weekedays.

I am newly trained as a supervisor for Cruse. I offer supervision for counsellors on one-to-one basis and group supervision of maximum  6 people.

View supervision profile
Before using our site, please take a moment to review our Privacy Notice and Cookies policy. By continuing to use this site we'll assume you agree to both.
Ok