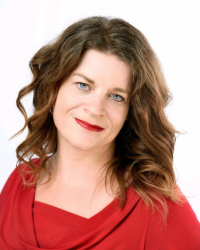 Hello and thanks for dropping by.

Are you stuck or struggling to recover from life's trauma? Do you want someone to talk to? Then you are in the right place. I will listen without judgement and help you make sense of what's happening to you. I will help you build tools and and coping strategies to not only survive, but thrive. With time and work we absolutely can find our way out of anxiety, depression and recover from life's traumas. Difficulties in showing up can affect our careers and relationships, but it does not have to be this way. Let me support you from just getting by, to really living.

I will help you understand how your body and brain works and give you strategies that can keep you well. We will identify what is keeping you stuck. If you would like support to recover from anxiety, depression or trauma, so you can have more love connection and joy in your life, I am here to help.

It's OK if you don't have any clear goals, or just feel lost. I will enable you to cope with whatever you are facing and, where possible, help you to identify clear actionable goals so you can move forward. If you would like some help to understand you and why you do the things you do, then get in touch.

In addition to counselling for individuals, couples, families, children and teenagers, I provide other services including:

I offer a free 15 minute call to answer any questions you may have. A speedy response to all calls is promised and out-of-hours appointments are available. I work with all ages and genders, and I am registered with most major insurance companies. Fees are £80 per hour for individual support or £100 per hour for couples, families or groups. Contact me in the strict confidence or visit my website for more information https://www.meljriley.co.uk/. Email me at info@meljriley.co.uk or call me on 07958 72104.

My training has taken me all over the world, for example training with Bessel van der Kolk on trauma in the body and brain. I also spent time learning from Esther Perel, relationship expert in New York, exploring males and masculinity in couples' work.

My diplomas are in Person Centred Counselling and a Post Grade Certificate in play therapy, systemic and family therapy, clinical supervision and consultancy.  My accreditations are with BACP for adult work and I have a senior accreditation for work with children and young people.

My experience has been in working with adults, children, couples and families on a range of issues including depression, relationship problems, bereavement, self-esteem building, addictions, stress, anxiety, eating disorders, divorce and separation.

I have experience of working in primary and secondary schools, hostels, prisons,  the voluntary sector and charity organisations, as well as in private practice.  I  offer bespoke training and supervision for counsellors and other helping professions.

Couples and Families £100 per hour

There are a limited number of reduced cost £50 sessions, so please ask if you need one. These are subject to availability.

Appointments ( day or evening) are available Monday to Thursday. Friday, Saturday & Sunday are for crisis appointments only.

My practice is 1.5 miles from Wolverhampton town centre and has free parking.

More information about me here in my video.

"When I entered into therapy I wasn’t at a crisis point in my life. I didn’t feel that I had major questions about myself, or actually that I even ‘needed’ therapy at all. The sole reason I began counselling was that it was required of me as part of a MA in Clinical Counselling.

I approached Mel initially because of geographical location, but after speaking to her on the phone I felt reassured by her quietly confident manner. It was unexpectedly nerve-wracking arranging to see Mel, and even more so when I arrived for the first session. I told her that despite the therapy being a requirement for me I was determined to do the process justice, be as honest as possible, and get my money’s worth! I had no idea where the sessions would lead and I began by talking about my life up to that point.

As the sessions continued I began to focus in on aspects of my life that I had never had chance to really explore. Although I ‘knew’ these things had happened, and had a sense of how I had felt about them at the time, counselling gave me an opportunity to revisit relationships, incidents, experiences and buried feelings and to start to unpick them and process them at a deeper level. With Mel’s facilitation I was often able to link experiences which had previously appeared separate, and to begin to make sense of them for myself. On many occasions I was deeply moved or shocked by the revelations that unfolded.

For me, being listened to at a deeply empathic level was very powerful. I also felt free from judgement which enabled me to be more open and honest than I have ever been- even with close friends. The result was that I achieved massive personal development and awareness, as well as a deeper acceptance of the whole of myself. This has had an impact on both my professional and personal life. For example, I now feel better able to handle difficult relationships and conversations, and I am mindful of my own unhelpful behaviours (although I’m still not always able to stop it happening at the time!). I am also more aware and accepting of my strengths and abilities. I try not to shrug off compliments as I used to, instead I take people’s feedback on board and thank them for it. If I receive ‘negative’ feedback I can handle it more robustly, and I am able to reflect on it without viewing it as a criticism.

Most importantly having counselling with Mel has increased my self-confidence and the way I feel about myself. I trust myself more to know what’s right for me, and that has been invaluable in the past few months. At the beginning of counselling I believed it was only right that I should have an insight into what I was intending to offer to my own clients after qualifying, however I was not expecting it to be such a profound experience"

I provide clinical supervision to counsellors, youth workers, nurses and other members of the mental healthcare workforce and caring professions.

If you have skype installed you can click to call Mel Riley.