Telephone anxiety: A problem that rings true for many

We use our phones every day. In fact, according to Ofcom, two-thirds of people now own a smartphone, using it for nearly two hours every day to browse the internet, access social media and shop online. Do you notice one thing missing from that list, though? 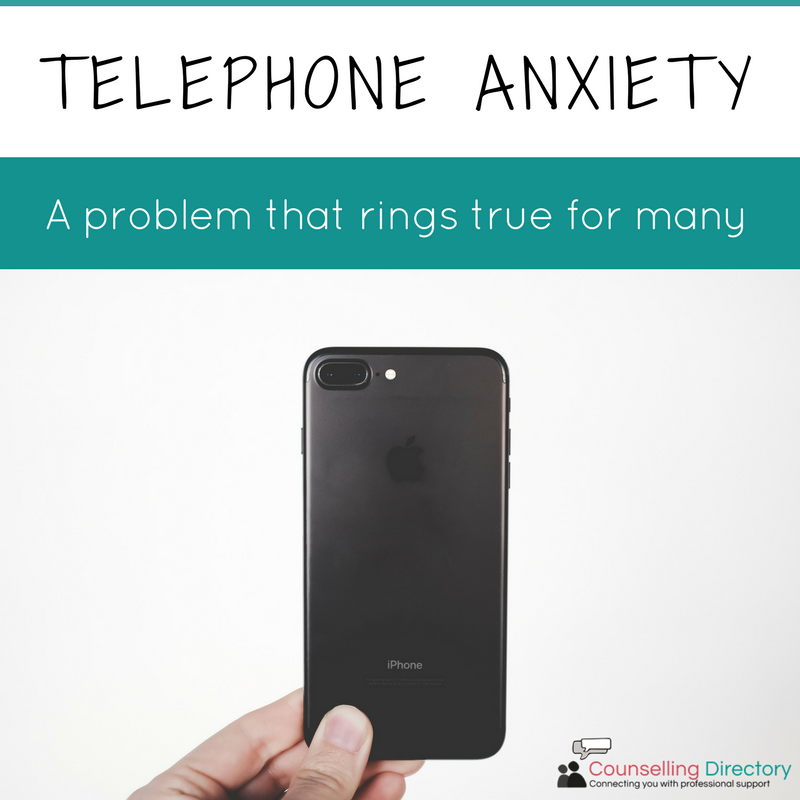 That’s right. We’re using our phones for pretty much every task under the sun, other than to actually phone people. It is arguable that these days, the purchase of a phone is made less out of its ability to help you call people, but more likely as a result of the other social functions it offers.

Are we overly attached to our phones?

Some sources would have you believe that we can’t bear to be without our phones, to the extent that some people actually experience a form of separation anxiety when parted from them. Although, according to the very same research, this has little to do with being unable to make or receive phone calls. In fact, scientists claim that this may be because smartphones are so advanced and personal to us, that they’ve actually become an extension of ourselves.

Other research would have you believe that avid mobile phone users also suffer from higher levels of anxiety. In fact, rather than helping us to feel more connected to friends, phones may be heightening anxiety, as many feel obligated to keep in constant touch.

So, being apart from our phones makes us feel anxious, but so does being on our phones all the time? Go figure. We have a complicated relationship with phones. But, for some people, the anxiety they cause is really impactful.

We explore telephone anxiety in more detail, including the results of our own survey, as well as insight from a counselling professional.

What is telephone anxiety?

Of course, anxiety can be experienced to varying degrees, and you may find that it gets better or worse over time, depending on what else is happening in your life. But, there are a few key symptoms or telltale signs of telephone anxiety:

We spoke to Abi Peacock, 24, about the symptoms she experiences.

“When I’m nervous on the phone my throat gets really tight and I stumble over my words a lot, which obviously makes the anxiety even worse. If my boss asks me to make a phone call and I can’t bypass it by emailing, I have to spend a few minutes (…ok, or even half an hour) psyching myself up and take a lot of deep breaths because my chest tightens up.”

How common is this? 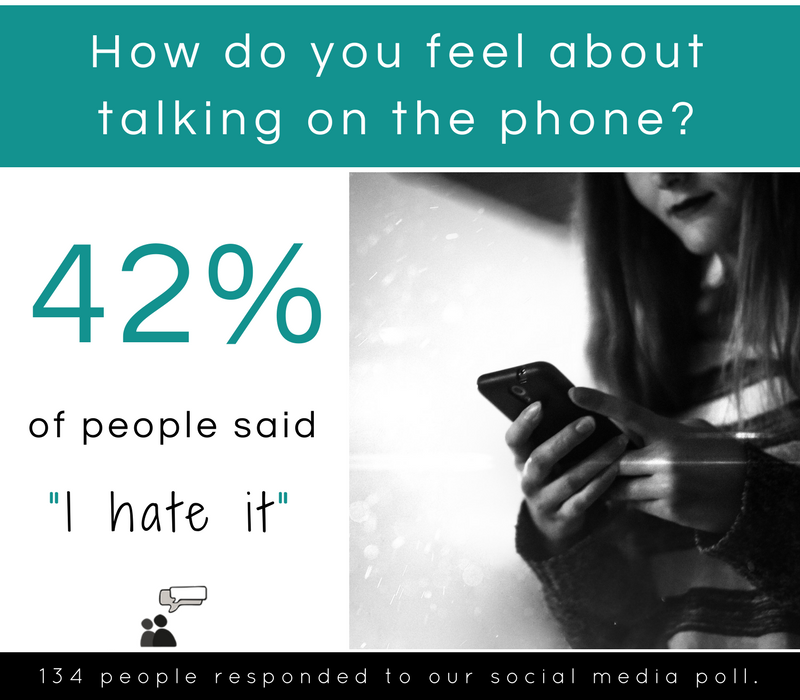 We asked our social media followers how they feel about talking on the phone. In a poll of over 100 people, our results revealed that whilst almost half of people (47%) said they felt ‘fine’ about speaking on the phone, 42% said that they ‘hate it’.

One respondent told us: “I really don’t like phone calls. I actively avoid calling people at work, I’ll email or instant message as much as I can. I also avoid answering the general reception phone as much as I can. I’m better anxiety-wise with receiving phone calls but I still let it ring a few times before I pick up.”

In fact, only 11% of people actively enjoy speaking on the phone.

So, why are we anxious to speak on the phone?

Whether you’d call it active avoidance, or simply moving with the times, communication is moving from spoken to written, or even image-based. Think we’re exaggerating? Ever communicated via emojis? We’re all as guilty as each other.

You could see it as a bit of a chicken-and-egg situation. More of us have phones than ever before, but as they grow in technological advancement, we’re using our phones to talk less and less. We’re out of the habit of talking. So, when the need arises to dial a number on the phone, it can feel overwhelming and a little scary.

“I’ve always been anxious about making phone calls. I didn’t used to be anxious about receiving phone calls but as I got into my 20s and started working in an office, I got more anxious about answering the phone, too – and I never answer unknown numbers. I think the anxiety stems from being asked something I don’t know the answer to.”

We spoke to Counselling Directory member, Richard Miller, about what it is about speaking on the phone that can make so many people feel uncomfortable.

“Perhaps it’s because we only make phone calls when it’s important – when something matters. If you’re ill, you’d call your boss to say you can’t come in today. You need to call back an angry customer. You need to pass the phone interview.

“Phone calls have an outcome, whereas text messages or emails don’t inherently have an endpoint. You can take time to carefully compose an email or text message to communicate your point. By phone, it can feel like doing an improvisational performance.”

In phone conversation, we’re not able to read nonverbal cues like we would do in more direct social interactions. In a face-to-face encounter, we can see facial expressions and body language, which reveal a lot about the other person. When this element is missing, in phone communication, it can cause a sense of unease.

The relationship with social anxiety disorder 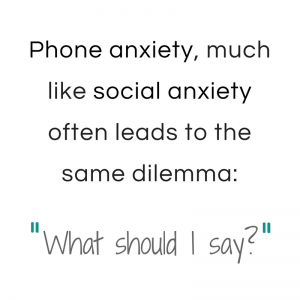 Not always the case, but often, telephone phobia can be linked to social anxiety. Social anxiety disorder is a common disorder, involving fear of social and performance situations in which others may judge you negatively.

Richard explains, “A person who struggles with anxiety has a tendency to believe that other people think badly, or very little of them. Phone anxiety, much like social anxiety often leads to the same dilemma: ‘What should I say?’.”

A phone fear may reflect issues that you are contending with, regarding interaction with others at large i.e. communication in general. If this is the case, you may be experiencing Generalised Social Anxiety Disorder. If on the other hand, you find that you are comfortable in most other social situations, and it is only phone calls that trigger anxiety, you may be experiencing Specific Social Anxiety Disorder.

What treatment options are available?

It’s possible that your anxiety might stem from lack of experience, rather than a bad experience per se. So (whilst it might not be what you want to hear), perhaps, the more you practise, the more you will feel ready for all the different scenarios you might encounter. Frequent practise can help with developing your own ‘phone persona’ that feels comfortable and confident.

Of course, when it causes you to experience intense symptoms of anxiety, this can be easier said than done. For some helpful tips and advice on how to deal with telephone anxiety, visit Happiful.

If you have previously tried to combat your fear, or think you would benefit from some professional assistance, counselling for anxiety is one form of treatment. Talking to a counsellor can help in many ways and they may be able to teach you some effective coping techniques. There are many types of talking therapies available, though the most commonly prescribed is cognitive behavioural therapy.

If you are ready to seek professional support, you can find a registered counsellor in your local area using our directory, or through your doctor.

Remember, this is a common issue. But, it’s important to try to confront these feelings, rather than let them remain a hold on you.