Searching for a specific Counsellor or Therapist? Try our advanced search
Sex addiction

The pain of sex and pornography addiction

Many people enjoy a healthy sex life, one that has a positive view of their sexuality and can be embraced with confidence. It flows from a connected place and shows respect for themselves and others. This is sexuality without shame, fear or a need to hide. It upholds and affirms their belief and value system. 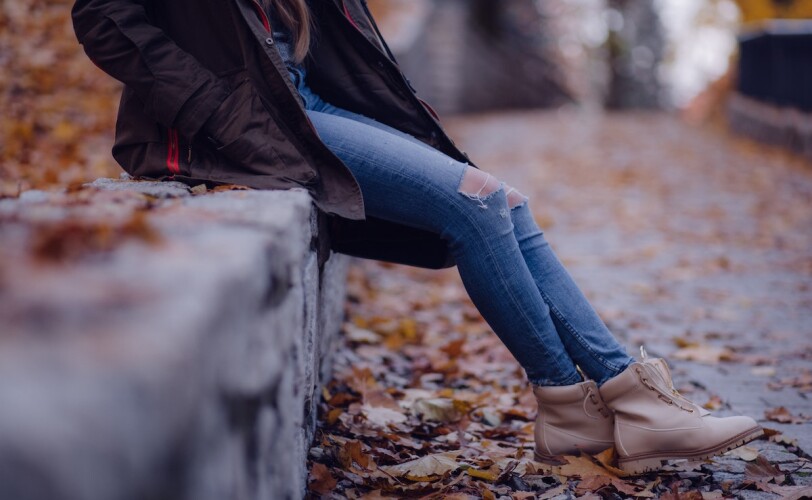 For about one in 15 adults in the population, the picture is very different. This may be true for you. For these people may be struggling with sex/pornography addiction. For them, shame and fear are a hallmark of part of their sexuality. While they know what they are doing goes against everything they believe in and hold dear, they do it anyway.

When they are not actually engaged in some kind of sexual activity, they may find themselves becoming increasingly preoccupied with doing so. Like the moth drawn to a flame, they find that they can not stop. I say ‘can not’ rather than ‘do not’ because they may have tried many times over and failed. With each failure comes yet more fear, shame and self-hatred.

Far from being free, their sexuality has become more of an enslavement, in that it's taking them in a direction they do not want to go in.

Increasingly they may find themselves drifting into, or drawn towards, sexual practices, appetites or pornography content that they would not have contemplated before. For some, this is towards activities that are dangerous or illegal.

Here are some of the hallmarks of sexual addiction.

It is a life governed to some extent by a pathological, habitual and compulsive/obsessive and escalating, relationship with a mood-altering high. Sexual addiction is pathological in that the sexual activity is pursued in spite of the harm caused to self, others and potentially their faith system.

The pursuit of sexual activity becomes all that is important. The harmful consequences in terms of broken commitments, vows and promises, the betrayal of others, financial or health considerations get denied and pushed aside.

The addiction may be habitual in that it often follows regular patterns and rituals that may influence the nature of sex engaged. People develop a habit of when they engage in their sex of choice or view pornography. Like a smoking habit, it may become linked to a physical routine such as going to bed at night, or getting up in the morning, or taking the phone to the toilet at work.

Also like a smoking habit, it may be linked to something less tangible, more emotional, such as when stressed, angry, hungry, lonely or tired. Or to celebrate a success, a sense of ‘I deserve it’. Whatever the motivation, over time the process becomes more and more automatic as the brain develops a neural map for dealing with life. 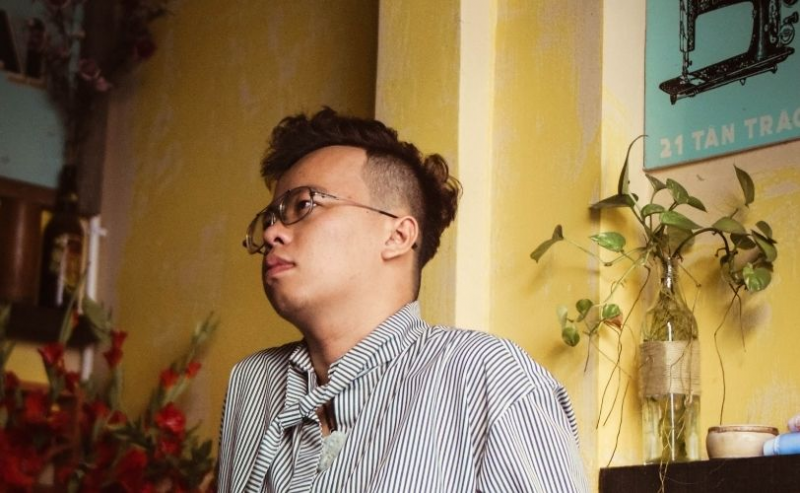 Sexual addiction becomes increasingly compulsive/obsessive in that even when not engaged in sexual activity, the individual may spend many hours thinking about it, longing for it or planning the next cycle of behaviour. This can become increasingly distracting, getting in the way of normal, everyday tasks, relationships or work.

Eventually the every day may begin to feel like the resented intrusion into the opportunity to either act out or obsess about it. During the period of preoccupation, thinking becomes distorted and the ability to recognise the consequences and costs becomes inhibited and diminished.

It is this biology of our brains that leads those struggling with sexual or pornography addiction to seek out more, be that more content, more risky behaviour (such as visiting sex workers or sex with strangers) or more ‘hard-core’ pornography. It can lead people towards behaviours that are dangerous and potentially illegal.

The mood-altering experience felt within the addiction may begin with the preoccupation, when a rush of adrenaline about the potential. It is the pursuit of a dopamine hit in the reward centres of the brain. It often culminates in orgasm which may release as many opiates to the brain as a drug fix. And with each cycle, the biochemistry and structure of the brain are affected slightly as the mind map is reinforced. 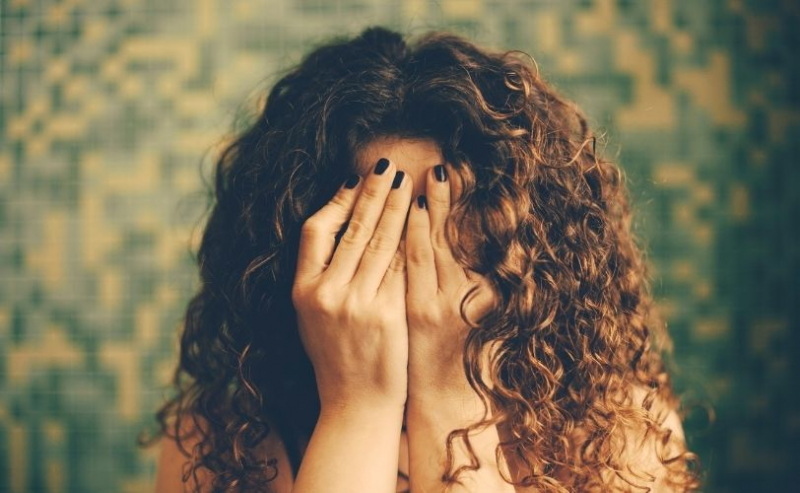 But then the reality of what they have done breaks back in with the accompanying guilt and shame; all the good feelings are gone. Extensive steps may be taken to cover up their tracks, leading to more secrecy and betrayal. Often as life gets back to ‘normal’ a conviction sets in that they have got it under control, it is OK and this will be the last time. Until the next time….

Sex addiction can affect anyone

Sex addiction is no respecter of people and those struggling may be teenagers, young adults or those in retirement. They may be committed atheists or have strong religious convictions. They may have low paid jobs or work at the top levels of industry and society.

Many people feel too ashamed to acknowledge the issues to anyone around them. Often people struggling with sexual addiction only seek help when they hit a crisis. This may be a partner finding out and the potential of losing family, marriage and home. It may be when an employer finds out and your job is at risk.

For some, it is when the police knock on the door because the addiction has escalated into watching child sex abuse films and illegal sexual content online. It is far better to realise the problem and seek help before the crisis arrives.

But what might recovery from sex/pornography addiction look like? Recovery is a step by step process that requires quite a deal of courage to embark upon. It is a process of coming out of hiding and breaking shame. It can really only be achieved in an honest, caring environment with people who believe in your potential. It requires addressing both the behaviours and the reasons that underlie them because this is not actually about the sex.

That may seem hard to believe, but for many the sex they are engaged with is not actually enjoyable. For many, it is about a habit that has formed or a well-learned way of coping with inner pain such as rejection, fear, insecurities or historical trauma. Recovery may take years to establish and will remain a life-long journey.

It is a bit like an iceberg. The sexual behaviour is the tenth, visible and floating above the water. The nine-tenths lying beneath, out of view often even to the struggler themselves, are the drivers fuelling the system and cycles of behaviour.

These may include shame or desire to be safe and hide, the fear of failure and more. Often the person struggling does not realise what is going on. However, unless these are addressed then ‘stopping’ may be as futile as blocking up the vent of a volcano while the magma chamber below keeps on filling.

Those who have tried to stop on their own know this full well. People may find addressing their sexual behaviours the relatively easy part, with potentially relatively quick results. Emotional and mental improvement may follow. But then the hard work begins, the work of the ‘nine-tenths’ and this can be long term work addressing deep pain. It is here that life may begin to feel hard and one may ask if it is all worth it. This is the time when people often feel like giving up.

Whatever the path may be, it will be long, filled with drama and difficulties. But the rewards are great and there to be pursued. Recovery from sexual addiction is far more than just not doing it. However, working at depth with addiction is best done by those who have suitable training and support.

If what has been written in this article rings true to you then you can take an online assessment. If on the back of that you want to seek further professional help, then ensure your therapist is properly trained and a member of an organisation, such as ATSAC or COSRT. Some people also find self-help, 12-step groups such as Sex Addicts Anonymous useful.

Peter Watts is a therapist working in private practice in London, specialising in working with those struggling with sexual addiction and their partners. He is a Registered Member of both the BACP and ACC and a member of ATSAC. He is a free-lance trainer for the Institute for Sex Addiction Training and runs training workshops on the topic. 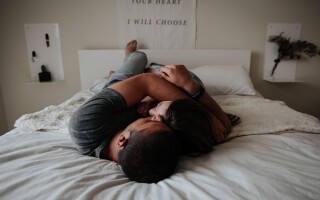 Do I have compulsive sexual behaviour?

There is no doubt that some people have real problems with their sexual behaviour. Clients report having the...

Sexual anorexia and the challenge of social isolation

Social isolation in the current COVID-19 pandemic presents sexual anorexics with particular challenges. On one... 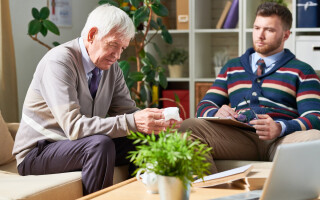