Boxing for trauma and depression

Boxing may not be at the top of many lists of preferred treatments for trauma or depression, but people who box regularly find it boosts their mental well-being as well as gets them fit. So what is going on and why would I, a psychotherapist who works mainly with people who are traumatised, want to write an article about it? 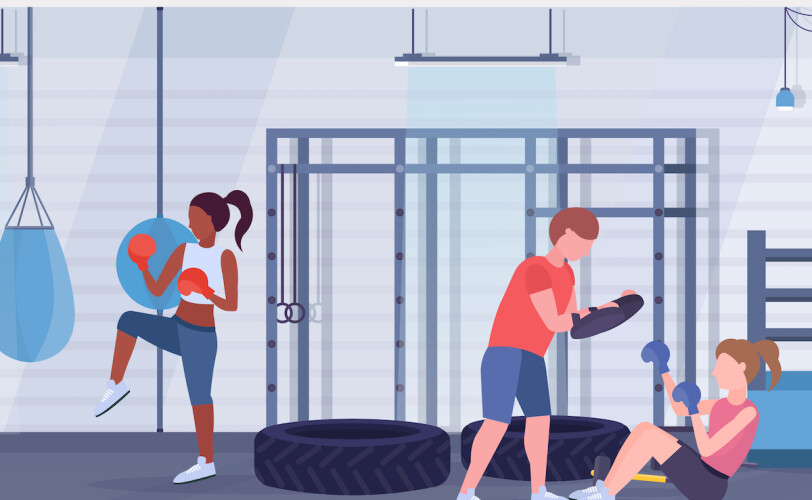 Now, if you’re worried that by boxing I mean you need to actually be in a ring, punching someone else who is trying to punch you, and that sounds a bit scary, there are other forms of the discipline, such as Boxercise, which uses boxing as a way to build fitness and involve punching pads or bags rather than people which are also highly beneficial. (Vicky Simos though, in her book The Boxer Within explains how powerful full-contact boxing can be for building self-confidence and mental well-being).

How does it work?

In the first few boxing fitness sessions, the instructor will teach you basic footwork – how to move forwards, backwards, sideways and pivot – so you can move yourself around while maintaining a boxing stance (one foot forward, the other pointed to the side, gloves up to protect your head) and the eight basic punches (jab, cross, hooks, uppercuts).

You will learn how to shift your weight onto your front foot to jab, how to move hips and shoulders to get your weight fully behind the punch, how to pivot on your back foot for the cross. You will soon be dancing around the space, punching into and through the pads: you will use your arms, core and legs and your heart will soon be beating.

You will get a buzz from the movement and the joy of getting your whole body behind a well-timed punch.

It’s the combination of aerobic, cardiovascular exercise and complex movement patterns which enables boxing to have a positive impact on depression and anxiety, lasting well beyond the hour-long session: you have to move and think.

John Ratey and Eric Hagerman, in their book Spark! How exercise will improve the performance of your brain review the latest sports science research to show why this combination of cardio and complex movement can help relieve depression. We have known for a long time that aerobic exercise can mediate depression, as this form and level of movement boosts the levels of serotonin and endorphins in your bloodstream which improves your mood, making you feel better. The complex movement effect is all due to the cerebellum area of the brain.

Anyone who has lived with depression or anxiety will know the feeling of being stuck with constant negative or worrying thoughts which you can’t seem to shake and which force your mood down and make you more anxious. As the cerebellum gains in power and efficiency, more ideas and perspectives flow around the brain and reach the areas which feel down or worried and offer them fresh insights or ways of looking at the situation, helping you to break out of the negative patterns.

The more complex the movement, the more thoughts and ideas flow. When you throw a punch, the cerebellum has to coordinate the movement of your feet, hips, shoulders, arms and hands, while your heart and lungs are working overtime, making it an ideal activity for beating depression.

Boxing’s impact on trauma is all to do with the fight, flight or freeze mechanism (FFFM); when you are in a dangerous situation, your brain’s alarm system (the amygdala) takes in information about the danger, assesses the risk and instructs the body to defend itself by fighting the danger, running away from it or lying still and hoping it won’t notice you – the 'freeze' response – by sending out the stress hormones, adrenalin and cortisol. These get the heart pumping, the lungs breathing faster, get blood into the muscles to prepare you to literally fight the danger or run from it.

Years later, if the original trauma has not been fully processed, you might find yourself getting 'triggered': something reminds the amygdala of the original trauma and (since it doesn’t have a sense of time or place), it thinks the trauma is happening again, so again instructs the body to get ready to fight or run. If you then just try to sit with the feeling, rather than doing something physical, the stress hormones are not burnt off. The instruction isn’t followed, leaving you feeling agitated, on edge, angry, tense, distressed.

Activities such as yoga and pilates or diaphragmatic breathing slow your heart rate and engage the parasympathetic nervous system to calm the body and brain, switching the FFFM off again. People use these techniques highly effectively every day to manage their trauma. Others though, find a more active approach to managing the physical impacts of trauma can be beneficial.

As the FFFM instructs the body to literally fight the danger or run away from it, boxing (and running) can relieve tension by allowing the body to follow the instruction, rather than just trying to sit through the agitation. Thus, working with the impulse and energy rather than against it, which can be an incredible release.

If your trauma involved actual or threatened violence, including witnessing violence to others, care does need to be taken first. You could find that the atmosphere of a boxing gym creates anxiety or is triggering in itself. It is advisable to consult a therapist first, to understand the experiences causing your trauma and to think about whether you need to be processing these memories within therapy as well as boxing.

A therapist specialising in trauma can also help you understand your triggers and teach you techniques to ground yourself if you feel overwhelmed. Some personal trainers who teach boxing or boxing fitness will also have additional training in fitness work with people with mental health needs, so search for this combination if you feel the need to.

It is often best to be working with a therapist alongside the boxing, so you have a space to think about the feelings invoked and released by the movement.

If you are living with trauma, perhaps due to abuse or assault, or other violent trauma and you find yourself constantly triggered, anxious, agitated, angry, restless, tense and are looking for a way to release that physical tension, boxing could be the place to start, so why not give it a go?

Andrew Keefe is a Psychodynamic Psychotherapist, EMDR Therapist, and Level 4 Personal Trainer (Lower Back Pain Specialist), in private practice in East London and the City. He has special interests in working with survivors of violence, sexual abuse and birth trauma and uses fitness, (including Boxercise) and therapy to help people recover.