A sense of dread

Dread may be described as a sense of impending doom. An oppressive and overwhelming force; sucking the joy out of life and smothering your enthusiasm for new experiences. Dread may include being constantly on edge, imagining worst-case scenarios and screen-playing moments of imminent catastrophe in your head. You begin to see it everywhere you look - for example in anticipating events, or conflict with other people. You can find it in the most insignificant situations - unable to motivate yourself or move forward. It feels like a burden. A dead weight. 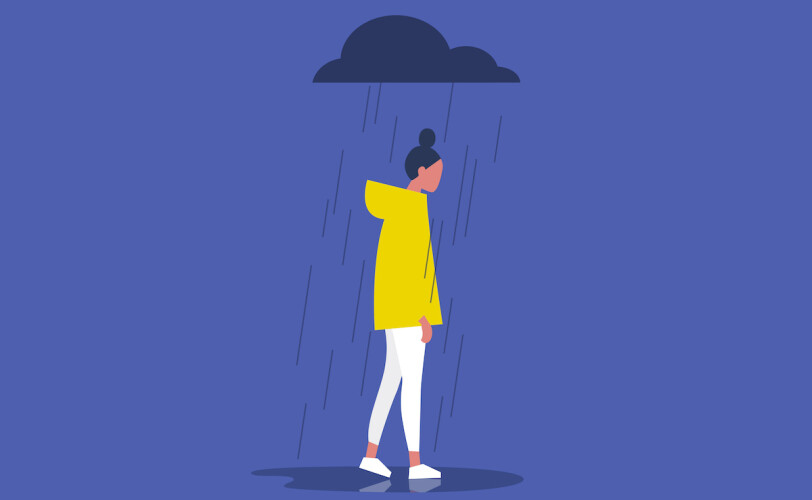 Dread can take over your life. It can leave you feeling frozen or trapped in your own home, unable to venture out into the world for fear of being noticed. It becomes a distorted reality - as you twist other people’s words and perceive their behaviour as a threat.

You may have a disproportionate aversion to new challenges and avoid them. You may feel a profound lack of hope or be too frightened to reach out and ask for help, in case of what others think. Perhaps you believe you’ll be laughed at or shamed by those you love. Perhaps you get stuck making decisions, or continuously avoid tasks that make you feel inadequate.

Often dread is triggered by a sense of uncertainty, a major life change, or a nagging sense of doubt that your life is meaningless. It seems to follow you everywhere you go like a dark cloud or a creeping shadow. Dread may eventually lead to panic attacks, nausea, chronic depression or even a ‘nervous breakdown’.

Sometimes dread may appear to come out of the blue, but more often it is dormant and slowly emerges at the edge of your consciousness. You may have a disturbing sense of its presence, but can’t quite put your finger on it. That’s because dread is fear of the unknown; something you can’t identify.

Ultimately, dread is a stifling condition, caused by the long, slow creep of anxiety and depression. It comes from intense feelings, which have long been submerged and ignored - by burying your head in the sand and denying there’s a problem. Telling yourself it’s not real, or you must be imagining things, or making too much of your problems.

So you try to shake it off and move on. For a while, you may even fight back the symptoms of dread, but typically it doesn’t last and you soon find yourself right back where you started - swallowed up in a black hole, too dark to climb out of.

Slowly you begin to suffocate, losing all sense of empowerment and hope. As you spiral downward, your descent seems unstoppable, but you can’t reach out for help, because you don’t even know what it is you’re suffering from.

How to let go of dread

The only way to counteract dread is to find your drive. Your compulsion to live. However, hard it seems, you must charge up on physical sensations, movement and a sense of liberation. Even though these are the very things that seem to lie outside your grasp when you’re frozen in dread.

But move you must. However slight. However small the first step is. Do it with compassion and humanity; rousing yourself to move. Taking that first step with firm, gentle determination. It is the only step towards recovery you can take. Healing yourself with each new movement and finding your flow as you step lightly into your own process.

Without using your instinctive drive or the physical sensations, your body will be unable to mobilise into action and you will not change. Ah, but I hear you say: it’s too much effort. It hurts. I don’t move, because I can’t. I’m stuck and I’ve lost the will to live. I’ve given up; I’m defeated.

But you say this, without realising a simple truth - it takes an extraordinary amount of effort and willpower to remain frozen. To stay stuck and keep a lid on it. Your brain and body are wired up with the resounding urge to survive. The urge to choke, when you suffocate. The urge to feed, while you starve. The impulse to sleep. The sudden flinch from pain and a ‘startle response’ as you recoil in fear.

So putting a lid on your feelings is much harder than you think. It requires a desperate amount of effort and energy to suppress them. What can you do about it?

One way forward is to retrain your brain, by being more mindful of your sensory awareness. Learning to observe yourself experience physical sensations and remaining attuned to your surroundings - as well as being more mindful of the present moment. Paying attention to what is, rather than getting caught up in your negative thought processes and modes of anticipation; expecting the worst while inducing states of dread.

There are a number of steps you can take:

Involves stimulating or rousing the brain to a preconscious state - activating the reticular region of the brain, which mediates wakefulness, increases heart rate and breathing, sensory alertness, mobility, and readiness to respond. Initiating and noticing your arousal states are the first step towards counteracting dread. Practical examples are: slowing down and paying attention to your five senses as you rouse them with small bursts of sensory stimulation.

Exercises such as smelling odours and fragrances, tasting spices and herbs as you cook, closing your eyes and listening to the drum of water in the shower, or birdsong in the morning.

Developing a calm, relaxed state of awareness in body and mind using exercises such as mindfulness of breathing, stretching exercises, or grounding techniques to create a relaxed, but focused state of attention in the mind. Awareness involves being roused to a full state of consciousness – such as observing your thoughts and feelings while you experience them in the present moment.

Activating your muscles, spine, body core, and respiratory system in readiness to act, but without impulsiveness or reactivity. Exercises such as tensing and relaxing muscles, stretching, taking a cold shower, walking over wet grass, breathing rapidly before exercise, clenching fists, pushing and pulling against inert objects like a wall.

This involves engaging in active, fluid movements in which you are fully present and aware of your breathing, bodily sensations, and the rhythm of your limbs as you move.

As you exercise, notice if you enter a flow state which can be experienced and observed in the same moment. It is a feeling of unobstructed physical fluidity and movement, in which one moves seamlessly through space and time. Exercises such as swimming, walking, running and cycling in which you focus on the physical sensation of movement, pace, balance, posture, gait and centre of gravity.

5. A sense of completion

Observe your feelings or sensations when completing tasks and activities with a sense of satisfaction and fulfilment. Being consciously aware of completion, cessation, finishing and ending as part of a process. Exercises such as warming down with stretching, slowing down activity, noticing you have come to a stop, taking time to pause, breathe and relax at the end of a task, putting away tools and materials.

A natural and organic state of ceasing to engage in activity. Slowly, calmly coming to rest and taking time to recuperate. A consciously aware state of satisfaction and restoration; reflecting on your accomplishments and endings. Exercises such as paying attention to the sensations of rest, cessation, relaxation and meditation.

To find out more about how counselling can help you overcome feelings of dread, contact me.

I am Greg Savva. An experienced counsellor at Counselling Twickenham, EnduringMind. I believe in a compassionate, supportive approach to counselling as the best way forward for my clients. I focus on helping you make sense of erratic thoughts and emotions. Offering you a chance to gain self-awareness and change for the better www.enduringmind.co.uk