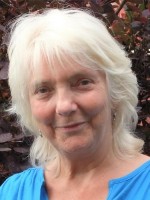 I offer you a safe, confidential space to be heard and understood in your search for meaning and value in your life. Empathy and encouragement in understanding yourself and others, in finding strengths and answers within yourself. It is important to me that whoever I work with feels accepted unconditionally and not judged. I have a naturally warm and compassionate nature. You can talk with me about anything that is worrying you. I try to help and support people in the most appropriate way for their circumstances.

I have the experience, training and qualifications to give you confidence in the counselling I offer. I have gained counselling diplomas in Person Centred Counselling and Couples Counselling and undertaken many further courses to expand my field of knowledge and keep up to date with current ideas and findings. To me personal experience is essential alongside professional training. My experience of over 20 years working and training in mental health, teaching and counselling, my own life experiences, work in self development and well being, has enabled me to form my own unique approach to helping people.

At present I am working for Relate as a couples counsellor and developing my private practice offering individual counselling to adults, young people and to couples, counselling via Skype, telephone, and on line. I also offer group facilitation and talks.

I am a registered member of the BACP and currently a Couples Counsellor with Relate. Previously I worked full time for MIND as a Senior Project Worker running Education and Leisure Groups and Drop Ins for people with enduring mental health problems. I later became a Sessional Worker with MIND facilitating groups for Carers of people with mental Health problems and women experiencing mental health difficulties themselves. I also worked part time at a Youth Counselling Agency, counselling at the centre and in schools. During that time I delivered workshops on understanding mental health problems, mental and emotional well being and healthy relationships. I had a private practice in Hemel Hempstead. Previously I counselled at a women's counselling agency in Hillingdon and at Druglink, a drug and alcohol abuse centre in Hemel Hempstead.

Prior to this I have worked in a men's prison as a teacher of dyslexic prisoners, a Dysphasia support organiser with the Stroke Association, a teacher in a Rudolph Steiner School teaching young people who were dyslexic. I set up and ran a self help group for parents of these young people. I ran a day centre for people suffering from dementia and facilitated a self help group for the carers.

All in all I have been either counselling or helping people who have mental health issues or other difficulties in their lives for more than 20 years.
I am also qualified in Reiki healing and teaching and have again been working in this for 20 years.

My standard fee is £40 per session of 1 hour (50 minutes for counselling and 10 minutes for writing notes) I am always willing to consider a lower fee according to clients financial circumstances.