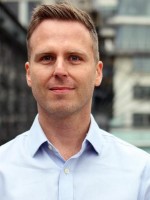 Some of the world’s brightest minds, such as Elon Musk of Tesla and the physicist Stephen Hawking, consider artificial intelligence (AI), left unchecked, to be a serious threat to human civilization. Barring a doomsday scenario, should we be worried that AI will replace the jobs we consider only human beings capable of doing? Counselling is predominantly an interactional process between people, so there’s no need to worry, right?

Well, maybe and maybe not. We don’t know to what extent AI will be able to relate to humans in the future. In the mid 60’s at MIT, Joseph Weizenbaum created a computer program called ELIZA. Its responses were based on Rogerian principles of reflecting back to the user what they had said. The set up was a basic DOS screen where the user could type in what was bothering them, and the computer would respond in kind.

What was interesting about this experiment was that participants in the study began to attribute human emotions to the computer, even though Weizenbaum insisted the computer was simply following a programmed algorithm: it was only using the inputs from the user to generate responses. Users were not convinced though, and Weizenbaums’s secretary even asked him to leave the room so that she could have a private conversation with ELIZA!

That experiment took place over 50 years ago. Now we have enhanced virtual reality (VR), Google DeepMind AI that taught itself to walk and run, and IBM’s Watson which matches patients with potential online counsellors, even making treatment suggestions. Replacing humans altogether seems rather futuristic, but the rate of growth in technology is staggering, and we still don’t fully understand the long-term impact it will have on relationally dominated fields such as counselling.

Of course, no one wants to believe they could be replaced by an intelligent machine, but what if clients couldn’t tell the difference? The movie Ex Machina does a good job of imagining a world where humans lose sight of the fact that they are interacting with machines. The AI becomes so good at adapting to human emotions, that it learns how to manipulate us. Of course, this is just science fiction at the moment, but maybe not as far off as we might think…

So where does that leave us? Many therapists and clients already choose to adopt certain technologies to assist them. There are mental health apps for your phone, online CBT programs, and online counselling platforms - there are even robot pet therapy animals like the PARO seal. These technologies are a long way from replacing the work that counsellors do, but it’s worth thinking about how technology might affect counselling in the future.

In this quickly advancing technological landscape, the counsellor of the not-too-distant future may have to take a back seat to AI. Perhaps they will be the adjunct therapy when AI-delivered therapy isn’t effective with certain clients. Or maybe we have nothing to worry about. Let’s ask Siri.

Alan Bordeville is a master’s level therapist in private practice with 10+ years experience in health, wellness and stress management. He currently offers in-person counselling in Harrow, as well as secure online counselling to London and beyond. He has many interests, one of which is counselling and technology.… Read more