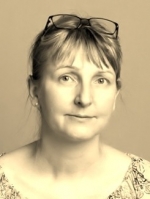 We live in a culture here in the UK that doesn’t appear to particularly value counselling. Extraordinary value is placed on the annual holidays, home, car, computers and technology but ourselves? Counselling? Nah. Isn’t that for people with problems? People, who are too weak to handle life themselves?

‘Life is complicated’. I once said to a tutor. ‘That’s an understatement’, he replied. He was right and I was wrong. I didn’t like being wrong but I’ve gotten used to it and even appreciate it now! We humans like things to be simple, easy and right first time. Reality is more complicated and it takes a long time to sort through but if we start by examining the complexity it eventually becomes more understandable, more intricate yes, but also more rewarding and dare I say, simpler.

I have a favourite quote. Margaret Atwood said something I’ve never forgotten, rather bluntly, to a radio presenter a few years ago on Radio 4. ‘We don’t live in a perfect world’ she said, ‘you may have noticed that’. The way this reality was pointed out felt so poignant, rude, hilarious and true that I felt acutely embarrassed as though I were the presenter. I know I often don’t notice it. We’re still children at heart, fond of our fairytale endings and images of perfection. After all, these are often much nicer and more comfortable to work with than… reality.

People often see a counsellor when things have become too uncomfortable, even unbearable. The truth is we could have gone much sooner had the default setting for perfection and comfort not been adhered to at any cost.

Life is changing even when it doesn’t feel like it is. It doesn’t stand still. If we restrict ourselves to a mental picture of perfection we never come close enough to realizing that things always change, are never final, never perfect and always includes some pain, discomfort, decay and distortion as well as joy and the fullness of life.

Counselling provides an opportunity to explore these kinds of contradictions openly and honestly in a safe way and work more consciously with a reality where it’s normal to have problems, to feel vulnerable, to feel weak, and to make mistakes. This isn’t about a swinging from one extreme to the other either. It’s not healthy to focus entirely on life’s imperfection. Neither extreme gives a true picture of what’s going on and where we fit into that. We can still have happy endings, too, they just might end at some point to be replaced by a new happy ending to aspire to.

The picture becomes more complicated when people in positions of leadership and organisations hold to a blinkered view of perfection and are unable to fail, unable to admit that they don’t always get it right. The ability to hold an honest, balanced view of reality is what makes us human. And it makes all the difference for everyone concerned when as individual’s we start holding up our hands and admitting that we need some help with being human, some forgiveness even, because we’ve come to know, and accept, with humility and humour, that we are not perfect.

Jayne Louise Bassett runs a practice in the Daventry District of Northamptonshire. Jayne believes that self-leadership, gained through inner enquiry and inner direction, leads to radical personal and social transformation that is vital to contributing to the collective next step on the road to realizing humanity’s full potential.… Read more