Why men need to talk 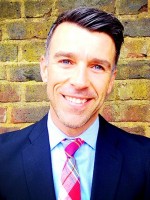 The power of masculine culture can exert a strong unconscious influence on men, with the old adage "boy's don't cry". This message can be strongly reinforced from a young age with the message that it's not alright for men to show their emotions and they really do need "to man up". Such a display of emotion by a man is considered as unmanly, a bit "sissy" or leave the man exposed to being judged as "weak".

This relationship that some men have with their emotions can result in them feeling isolated and thus not disclosing to others when things are not going well. This in turn, can leave them vulnerable to becoming mentally unwell and struggling to cope alone.

An article in the Telegraph (15th January 2014) entitled 'Women far more likely than men to seek counselling for anxiety' stated that figures from NHS clinics across England show that in 2012/13, more than 750,000 people were referred for counselling for anxiety or depression and 62% of cases were women. According to this article, experts said they did not believe women were more likely to suffer from mental health conditions, but said they were far more likely to see their GP about them and ask for advice.

My own anecdotal evidence of being a male psychologist and having worked in Dublin and London, suggests that I always had a larger caseload of female patients and less male patients. This is perhaps indicative of what the Telegraph article reports, that women are more likely to see their GP, asking for and receiving some psychological support. Could there be a correlation between men not seeking support for their mental health and as a result, leaving them vulnerable to coping alone and being at risk to themselves?

A report by The Department of Health (Statistical Update on Suicide, February 2015) highlighted that the three-year average rate for 2011-13 for suicide in males and females was 13.8 and 4.0 per 100,000 population, respectively. For males this is the highest rate since 2003-2005; for females the rate has been quite steady since 2006-2008. It was also reported that the majority of suicides continue to occur in adult males, accounting for over three quarters of all suicides in 2013 (78%). In comparison to women of the same age, men are more likely to take their own lives, but the difference varies by age. Latest figures show the peak difference - both in terms of number of suicides and rate - is in the 25 to 29 age group, where there are almost five male suicides for each female suicide.

The numbers from this report show a marked difference in the rates of suicide among males and females. Worryingly in 2013, 78% of all suicides were male and in the 25 to 29 age group, men outnumbered women by five to one. Looking at these figures, men are more at risk of death by suicide than women and at certain life stages, are even more vulnerable.

Getting men to talk about how they feel is no easy feat and there is no one solution that will facilitate that. However, breaking the taboo and silence of men and mental health is a great place to start. Mental health is genderless and shows no impartiality. Both men and women can be mentally well and mentally unwell. Sharing your problems with another person and allowing them to support you can be beneficial to help get what is on your mind, out of your mind. This initial conversation with a friend, family member or work colleague can be the vital first step. We as psychologists, GPs and other mental health professionals can be the secondary steps that are taken.

The quote by the Chinese philosopher Laozi (c604 bc - c531 bc) "a single journey of a thousand miles begins with a single step" suggests that we have to start somewhere, take a step and let the journey begin. For men, taking that first single step is vital to starting a conversation about how they feel. Facilitating this initial step is the responsibility of everyone. We can all take responsibility to check in on our family and friends and be a supportive influence in their lives. It's also our personal responsibility to utilise that support and allow ourselves to receive this help when it's offered and available.

For men, not getting support and going it alone can leave them trapped in their own heads and the only perspective they get is their own. A slight movement or crack in this internal silence can shift a distressing, internal psychological state and bring emotional relief. Words, a conversation can facilitate this shift. In conclusion, getting men to talk starts with cracking this subject and shedding light on it.

"Ring the bells that still can ring. Forget your perfect offering. There is a crack, a crack in everything. That's how the light gets in." -Leonard Cohen (Anthem).

I am a Chartered Counselling Psychologist working with adults, adolescents and couples.
I have a keen interest in male mental health and trying to highlight the need for men to look after their mental health and get help when they need it.… Read more