Searching for a specific counsellor or psychotherapist? Try our advanced search
Eating disorders

One of the reasons that losing weight isn't easy is that sometimes, extra weight becomes a psychological defense.

When it is suggested that clients imagine themselves being their perfect weight, quite often they experience a feeling of discomfort. As one client described: “It feels like I have lost my protective shell”. When that is the case, no matter how determined you will be when it comes to following your diet, your unconscious will inevitably sabotage any efforts of getting rid of your protection.

This is a topic worth exploring before starting on a weight loss regime. If your weight has become your defense, you are unlikely to part with it easily.

One client has spent years stuck in an abusive relationship, thinking that she can’t possibly leave until she would lose some weight and get fit. Since leaving in itself was scary, she has never quite succeeded in her dieting attempts and so stayed put. Once those relationship issues were worked through, the client was able to lose weight and stick to her new eating plan for the first time in ages.

Another client used her weight as an excuse to stay in a dead end job. She kept saying to herself that she would definitely get her CV “out there”, but first she needed to lose a bit of weight and start going to the gym. Therapy helped her to make a career move and, afterwards, losing weight become just a matter of time.

Often the excessive weight is serving as a protection against the attention of the opposite sex. One client complained that she couldn’t get a date because she was “too fat”. But when she tried imagining herself being thin, she felt really anxious and reported being scared of all the possible male attention she might attract. Exploring the roots of her fears helped the client to overcome her defenses and to enjoy the process of getting fitter.

Share this article with a friend
Article Tags
Eating disorders

I am a fully qualified, BACP Accredited Counsellor.
Contrary to popular opinion, counselling does not have to last for months and years. Short-term counselling (up to 6 sessions) can help you, if your otherwise satisfactory life has been upset by a sudden change or an unexpected event, and you can’t get over it by yourself.
During Covid epidemic anxiety has been the main reason… Read more 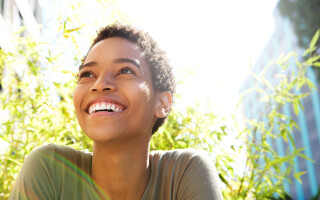 Improving your relationship with food isn't easy, but here are some of the signs that you're on the right track... 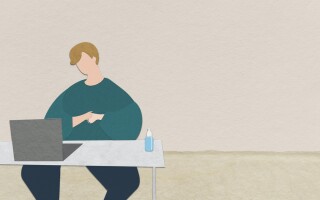 Stopped dieting but still feeling out of control around food?

You’ve stopped dieting and you’re working hard to fuel your body.  After months or years of...

The development of your body image begins from birth. Many unconscious and conscious messages become woven into...