Searching for a specific Counsellor or Therapist? Try our advanced search
Dissociation

First of all, what is and is not DID:

DID is not multiple personality disorder – this is an old and inaccurate term.

DID is not a form of psychosis.

DID is not a personality disorder.

DID is a creative way of surviving unendurable childhood trauma.

DID is a way of coping with severe childhood trauma. Dissociation from the traumatic event/memory occurs in order to protect the individual. Dissociation is normal in nature, for example, when in danger, animals display certain psychological reactions known as the automatic arousal system – fight, flight, freeze.

In short, DID is an entirely normal response to overwhelming trauma (most often severe and sustained childhood sexual abuse).

It is a way of surviving.

Many counsellors will have come across clients where they have suddenly ‘remembered’ a childhood trauma. In a way, this is a classic example of dissociation. The client has dissociated from the painful memory as a way of coping with the trauma. In the case of someone with DID, the dissociation is more extreme.

Someone with DID may present as ‘different’ people at different times. These are all part of the same person but have not integrated yet.

When we lock away traumatic events in another part of our mind - we have ‘dissociated’ from them – but they are still there!

DID may manifest itself when ‘triggered’. Dissociation is primarily about avoidance but triggers crash through that avoidance.

“Triggers may be internal and external stimuli reminiscent of the trauma. They are reminders, subtle or not so subtle of past traumatic experiences”

A ‘trigger’ is like a jack-in-the-box, suddenly the trauma pops out. The over sensitive amygdala (the brain’s smoke alarm) sounds ‘panic’ in about seven milliseconds and sets off the body’s automatic arousal system, often experienced as anxiety, panic etc. The front of the brain (thinking, logic) shuts down. In such cases we need to get control back to the front of the brain (neo-cortex) by thinking, e.g. doing sums, Sudoku or reading.

Helping someone with DID

There is hope - real recovery is possible.

Our minds and bodies want to be well and are always trying to heal – just think about the cut finger and how it healed when given the right conditions. Carl Rogers, who developed Person Centred Therapy, was a great advocate of the body’s ability to heal and one of his founding principles was that if the core conditions (acceptance, empathy, congruence) were given then self-actualisation (healing, being oneself/real) would occur. Rogers also said that the relationship was the therapy i.e. to be accepted and loved.

Carolyn Spring (PODS) said there were three keys to her recovery (to date):

With grateful thanks to Rob and Carolyn Spring for providing much of the information for this article – with their permission.

Find a therapist dealing with Dissociation 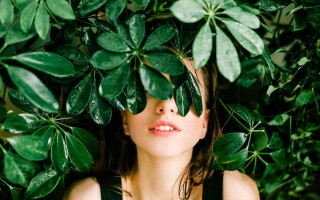 What is the cost of your anxiety and stress?

If you are one of the lucky few people asking “is dissociation real?” be glad. Maybe you find...

Why do I shut down emotionally?

Being cut off from your emotions can have a devastating impact on your personal life and relationships. It affects... 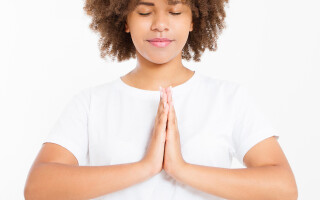