The implications of remarrying: how to develop a solid marriage

A solid marriage is one of the foundations for building a successful stepfamily.
In stepfamilies, however, bonds between a parent and child have preceded those of the marriage and consequently, remarried couples need to make a special effort to care for their relationship. There are several things that pose challenges to the development of a successful remarriage. 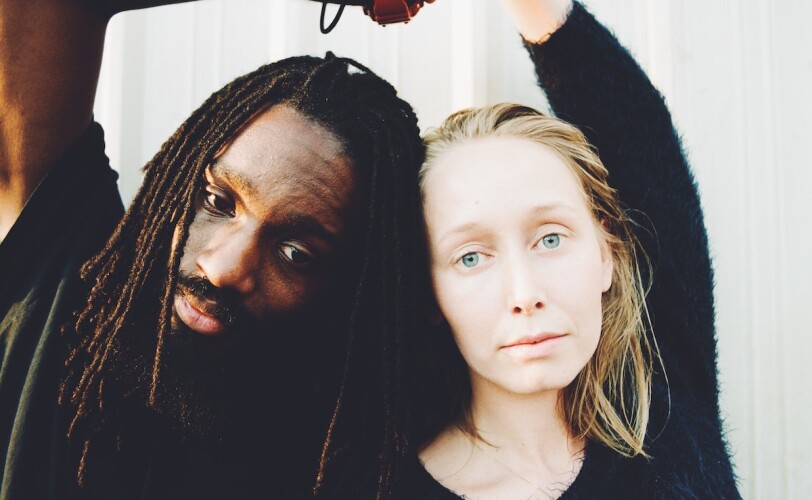 Challenges common to many remarried couples

Relationships with ex-spouses
The presence of a former spouse, and his or her occasional intrusion into the family, can create tension in the marriage. If the previous marriage ended amid hate, anger, and resentment, these emotions can hinder the formation of a trusting new bond unless properly addressed. Particularly if an emotional attachment remains with the ex-spouse, this attachment will likely hinder the progress of the new relationship.

The same old bad habits
Individuals may carry into the new remarriage negative patterns of behaviour that led to the downfall of the previous relationship. For example, they may have had the habit of withdrawing from conflict rather than talking about an issue, which kept them from addressing and solving problems. Unless such a problem is faced and resolved, it still has the power to negatively affect the current marriage.

Denial of conflict
Remarried couples want to succeed in their marriage. Sometimes these desires are so intense that couples deny there are problems in their remarriage: they may have difficulty facing the possibility of problems and the potential of divorce in their remarriage. Unless they face the reality, couples may fail to address problems when they are manageable.

Problems with in-Laws
The extended kin network provides a vital source of emotional and practical support to families of all kinds. However, in a stepfamily setting, if current and former in-laws have difficulty accepting the remarriage, they may undermine the new relationship by rejecting the new spouse. This can place increased strain on their marriage, especially if the couple values ongoing contact with the extended family.

Instant Parent
For couples bringing children to remarriage, parental responsibilities are immediate. Because the newly married couple is happy and hopeful about the new family, they often expect that everyone else should be too. While there may be much optimism, the new parental role can bring potential conflict in the family that can spill over into the marriage. For instance, if a stepfather exercises his parental authority too soon with his stepchildren, the biological parent may be caught in the middle between defending her new husband and protecting her own children. In addition, she may differ with the approach to parenting taken by the "instant" parent.

No opportunity to build the marriage prior to having children
Since the couple has immediate parenting responsibilities, they lose the opportunity to build the foundation of a successful marriage independently of children. These parenting demands occupy a lot of attention in a stepfamily, but private time is important for the vitality of a new relationship and conflict could arise between the pair.

Pre-existing parent-child relationships
Parent-child bonds precede the new marriage. These bonds may be drawn so tightly that they can resist the entry of a new stepparent and consequently a stepparent may feel like an outsider and develop resentment that in turn negatively affects the marriage.

Stepparent-stepchild relationships
The stepparent role is often a most difficult one. Determining the best route for discipline and reward can be difficult for couples who haven’t brought the child up together as understanding needs, behaviours and emotions will take time, effort and dedication for the new stepparent.

Finances
Although financial difficulties arise in stepfamilies without children, they can be especially challenging when children are involved. And it's not over how much as often as over for whom the money should be spent. A husband may have a dual responsibility of providing for his biological children from a previous marriage as well as meeting the financial needs of his stepchildren. Negotiating how much goes to whom can create conflict and resentments can arise when one family sees money they need or could use going to another family.

It takes a lot of time and energy to make the stepfamily household run smoothly. In the process, remarried couples may place their own relationship on the back burner. Here are some suggestions for helping to build a strong couple bond.

2. Take time to work on any problem areas. Problem areas might include conflict, bad habits carried over from the previous marriage, or poor communication skills. Keep the ex-spouse from interfering with your marriage or family relationships. If problems are more challenging than you can handle on your own, it may be worth seeking professional help in the form of a qualified therapist to help manage issues.

3. Plan time to be alone together. Couples who grow together make time for their relationship. Spend time learning one thing about your spouse's life that day, having a stress-reducing conversation at the end of each workday, doing something every day to show genuine affection and appreciation, and having a weekly date. During special fun times together, make it a point not to discuss family matters but just focus on the two of you.

4. Decide on general household rules together. For example, hold a family council and decide as a family who does what household chores. Invite the participation of all family members, but the couple should maintain final authority.

5. Support one another with the children. Allow your spouse to discipline children without interference. If you do disagree about how a situation was handled, take that matter up together privately. Don't disagree in front of the children but present a united front.

6. Expect and accept different parent-child, stepparent-stepchild relationships. A stepparent should not feel offended or left out if a stepchild prefers to seek the advice of his or her biological parent on an important matter. Different levels of comfort and depth of involvement in relationships are normal. Of course, certain things like being respectful to one parent or child and rude to others are not to be accepted.

7. Work out financial matters together. Whether you use a common-pot, two-pot, or even three-pot financial arrangement, make sure you decide these issues as a couple. Neither spouse should follow an independent course of action and work out a financial arrangement that you both feel good about. For more information on dealing with financial issues in stepfamilies, check out the book by Patricia Estess titled "Money Advice for Your Successful Remarriage."