'The change' - what does menopause mean for you? 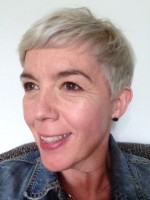 As a fifty-ish year old woman, I assume I’m ‘in the change’ as my mother (and Marie Stopes, Germaine Greer and many others) used to call it. I have an IUD and don’t have periods, so the only really definitive sign of menopause – absence of periods – isn’t really definitive for me. So perhaps I’ve ‘changed’ but don’t yet know it. If you look online for information about menopause there are lists of ‘symptoms’ as long as your arm and chatrooms where women ask anxiously ‘is this it?’ The conversation threads are dominated by dread, fear and a search for reassurance about actual and anticipated physical and emotional changes.

I’ve wondered if I have any ‘symptoms’? I’ve felt a bit lethargic – but I haven’t exercised much lately, so perhaps that’s why. I’ve been feeling a bit anxious and irritable, but not for the first time, and I’m bringing up teenagers and the world is anxiety-inducing for the most robust of us at the moment. I could go on, name a ‘symptom’, then a ‘cause’ which may or may not be related to a decline in oestrogen levels.

According to Louise Foxcroft in her fascinating study 'Hot Flushes, Cold Science' (Granta, 2009)  the only ‘universally agreed symptom [other than the end of periods] is vasomotor, the constriction of blood vessels which precipitates hot flushes’ (p.7). Not all women have hot flushes and their intensity and duration is widely variable. For those who do experience hot flushes and the sleeplessness which goes with them, the impact can be significant and accounts in part for the appeal of hormone replacement therapy. The medical evidence for the benefits and risks of HRT shifts constantly, and as Foxcroft argues, the jury is out about whether synthetic hormones are a liberation from unruly bodies, or part of the reason we’ve come to view menopause with such dread. Menopause, she argues has long been both pathologised, viewed by the medical profession as something to be ‘cured’, the history of the cures – from blood letting to electro-convulsive treatment to all manner of invasive gynaecological procedures – is eye-watering.

This medical history of menopause has given me pause. Instead of asking ‘is this a symptom of menopause’ I’ve been asking what does labelling something first as a ‘symptom’ and second as a ‘symptom of menopause’ mean for me? Does it help me to cope with an experience more if I identify it entirely as part of a biological process for which I can seek medical cures? For some women, perhaps particularly those who experience menopause while in their thirties and early forties, there is sound evidence that medical intervention alleviates physical and emotional pain. I wonder, though, how many of us reach for the lower level management techniques, the supplements and the special diets, as a way to ward off the fear of change and the largely negative cultural associations of menopause and ageing.

For in the west, menopausal women have long been regarded with dread and distaste. From medieval ‘wise women’ branded as witches to twenty-first century female political leaders labelled as harridans, women in their ‘post-reproductive’ years (especially those who have not had children) are often regarded with suspicion and derision. You don’t have to agree with Angela Merkel, Theresa May or Nicola Sturgeon to wince at the undisguised misogyny that informs the ‘analysis’ of their public appearances. No wonder panic sets in when we perceive ourselves to be approaching the ‘witching hour’.

Whether menopause is a biological ‘event’ or a life stage, for many women it coincides with a period of increased caring responsibilities, work pressures, the challenges of long-term relationships and of course, the physical effects of ageing. Little wonder, then, that in their late forties and early to mid fifties many women report low energy, increased anxiety and ‘mood swings’. This is not to deny the biology of menopause, but rather to remember that our biologies are in part written by our cultures. If we could talk about our experiences of being women of middle age in a culture which celebrates youth and fecundity, would it alleviate the bodily symptoms which we might otherwise attribute to ‘the change’? Counsellors, whose role is partly to support all processes of change, are well-placed to listen to and help make sense of the experience of menopause, whatever that means to you. And perhaps ‘the change’, when considered this way, could be a positive one.