Am I seeing things? Will anyone believe me? Why would someone dedicate so much time into making you unhappy? I must be wrong! 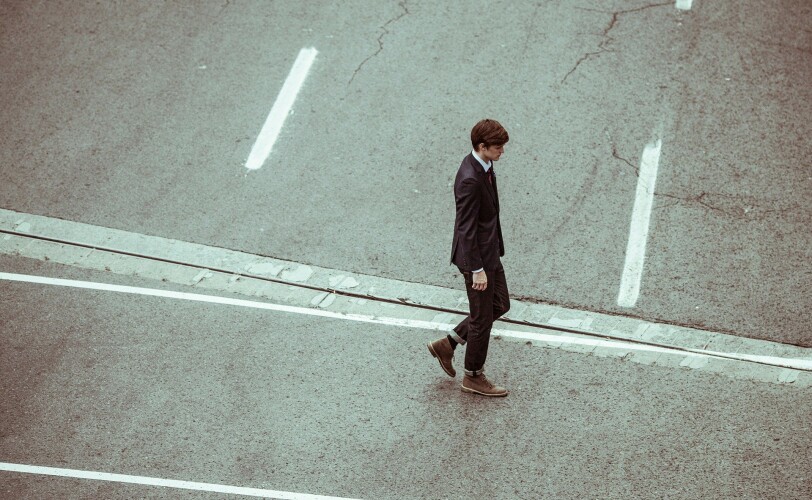 These are the questions every person who has been seriously stalked has asked themselves, and only those who have been a victim of stalking will know how hard it is to prove, how good the stalker is at convincing others that they are normal and you are the problem, and the unimaginable lengths they will go to either to be in your life or to ruin it.

We are not talking about checking an ex-partner's social media to see if they’ve moved on (although it includes this). It’s hacking into your socials or your phone, showing up at your work, always being around, sending messages, exhibiting intimidating behaviour that may or may not be illegal, and it’s always knowing that at any point this person could escalate things and the situation could get worse.

There are of course laws to protect people against harassment and stalking, but often you need proof, a log of detailed notes of the times this person has tried to either contact you or done something to harm you or your loved ones (including pets), as it’s not unusual for a stalker to hurt those you love to get to you. Often, people feel that it might be easier to let the stalker have their way and be done with it, but it doesn’t end there. The more you give in to a stalker, the more of your freedom they want to take from you.

People who have suffered stalking can present with the following symptoms;

These symptoms don't automatically stop once the stalking has stopped, as it takes a while to recover from the fact that someone targeted you and made your life a misery, and then there’s the worry that it will happen again.

1. You are not alone. Many people don’t report stalking, but it happens more often than you think and not just to celebrities. Your everyday common person can fall victim to this crime.

2. There is some support out there. Find someone who will believe you and will support you through this. This isn’t easy, as it may have taken you a while to come to terms with the idea that you are being stalked and that you’re the victim, and it can be hard for others to take on board that someone would go to these lengths.

3. Stalking is a crime - you can report it. Most police stations have a stalking liaison officer who has been trained to support people who are being stalked or harassed. Try to arrange to speak to them. They will give you advice on how to record what is happening, and your options for the stalking to stop.

4. Do not confront your stalker on your own. Stalkers thrive on getting your attention, and if you confront them they may become more aggressive.

5. Finally, don’t ignore the stalking. As said above, stalkers love getting your attention. By ignoring things, they will continue and often escalate their efforts.

The below is from a person who was, and still is, being stalked.

"Believe it or not, I have been stalked for several years -not by someone who I was in a relationship with, but a neighbour. They had no desire to be with me but were just angry with me for whatever reason (I stopped trying to figure out why a long time ago). I thought they were just awkward and harassing me at first, but it wasn’t until I’d moved and they followed me, camped out in my neighbours' attic, that I realised the seriousness of the problem. They saw no wrong in what they were doing. They even enlisted help from friends (I also have no idea what narrative they gave them to agree to join them).

At first, I just ignored it, then I got angry and ignored it, then I accepted it and ignored it. Then came the day I had to admit that I had a problem. This problem is not easy to prove. There are laws in the UK to support people who are victims of stalking, but I needed proof of what they were doing to me. I told my therapist and even she didn’t believe me (if your therapist doesn’t believe you then please find another one who will). As I felt that if my therapist wouldn’t believe me then why would a perfect stranger, I set about getting the proof I needed. All I needed was a picture, or a video of them coming and going, to present this to the police and then take out the restraining order against them. It sounds simple, doesn't it!

I was very much aware that they would want to retaliate - they had little respect for law and order so this would mean I may have to move again! With all this considered, I’d be forgiven for wanting to keep quiet and get on with things, but I couldn’t continue as before. I needed to have some control back of my own life regardless of the consequences. Talking this through with a professional certainly helped with that".

If you are a victim of stalking, even if you’re not ready to take action, please seek the support of a therapist. Having someone that you can talk to without worrying that they will think you’re hearing or seeing things that aren’t there will make the world of difference to your well-being. Remember, for someone to go to such lengths to seek you out tells you that they have a problem, not just with you but with themselves. Happy people don’t spend so much time thinking about and enforcing their presence on other people. They want you to join their misery - don’t let them, and get help.