Searching for a specific counsellor or psychotherapist? Try our advanced search
Affairs and betrayals

Should you tell your partner about your infidelity?

The TV show ‘Love Island’ has got a lot spicier recently due to individuals being unfaithful and their partners finding out. It raises questions around ‘should we always tell?’ and ‘should we always ask?’ What, if anything, can legitimately remain secret? Below, I share some thoughts on navigating the moral maze of secrets, drawing on some fictionalised case studies.

Lucy, a former model, had a brief affair. Racked with guilt, she felt she needed to tell her husband, Paul. In therapy, she concluded that telling Paul wouldn’t in any sense help him. Rather she would be confessing for her own benefit, to assuage her guilt. She recognised that formative experience had shaped her relationship with ‘the truth’. A major element in Lucy’s therapy was finding self-forgiveness – accepting that nobody can be perfect, which had been her coping strategy since childhood.

A key factor in Lucy’s decision involved looking at the issue through Paul’s eyes. She decided to keep her secret. Looking from another’s perspective is a good guideline. But it raises the question of what’s in someone else’s best interests. We can never be sure. We can never see the world from another’s point of view because our view is always filtered through the prism of our self. But that doesn’t mean we shouldn’t try.

In seeing another’s point of view we need to put self-interest aside. In doing so we need to understand our motivations or what drives us.

Lucy’s self-understanding about her relationship with ‘truth’ was facilitated by counselling. In her counselling, she came to see her secret as an object – a heavy rucksack that she wanted to put down. She saw that part of her motivation for telling Paul was to hand it over. She concluded that was a selfish reason. She had to find her own way of putting down the rucksack rather than giving it to Paul.

We might not elect to go to a therapist, but we can certainly ask ourselves ‘Why do I want to confess? 'Whose interests am I serving?’ If the decision is to keep the secret, then a second related question that follows is, ‘How do I forgive myself?’ If reflection and repentance don’t do it, a journal, a trusted friend, or a prayer are all options for processing it and moving on. Because ultimately you need to, for your partner’s sake as well as yours.

Adam, after many souls searching, felt he had to tell his partner, Laura, after ‘a fling’ with a work colleague. His reasoning was that honesty was a core shared value in their relationship. He felt if he didn’t tell her they would be living a lie. Following couple counselling, Adam and Laura rebuilt their relationship. While not wishing it had happened, they both felt that the experience eventually had brought them closer.

Like Lucy, Adam too faced the issue of self-forgiveness. Confessing and Laura’s forgiveness were insufficient. He had to manage his own conscience and come to terms with his actions. It didn’t mean they were acceptable but to save the relationship he had to move from guilt to repentance to self-repair.

Adam felt a deep sense of shame. According to existentialist counselling theory, the basis of shame is allowing oneself to be objectified– to be judged as an object by others. Defined on that basis, shame isn’t helpful. A constructive response requires repentance, if there has been any wrongdoing, and trying to repair the relationship.

One reason that Laura was able to move on was the value she placed on honesty. In that sense, she wanted to know – arguably she needed to know. To save the relationship, Adam still had to reach and repeatedly express a deep understanding of the hurt he’d caused her – see it through her eyes, which he did in counselling sessions. Doing so was a vital part of salvaging their relationship. 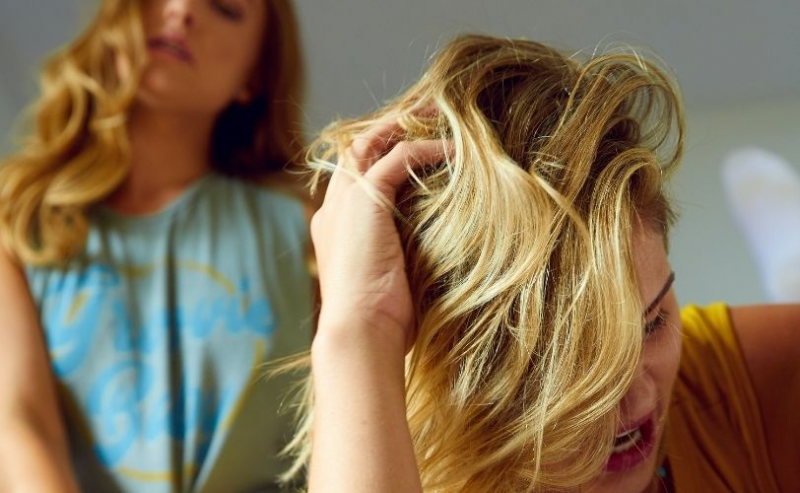 What constitutes a betrayal?

An important question is what constitutes a betrayal. Love Islanders might say ‘it was only a kiss.’ So how much intimacy is required for it to represent infidelity? I believe a helpful definition is ‘anything that the other party would see as a breach of an implicit contract of trust’. If Adam’s infidelity had ‘only’ involved a kiss rather than sex, would that have been a betrayal that he had to confess to Laura?

Similar questions relate to ‘emotional affairs’ and texting. Only the parties involved can define what constitutes a betrayal. But to do so requires the implicit understanding to be made explicit, i.e., both parties have a clear understanding of what’s acceptable and what isn’t – a principle that can be helpfully applied more generally to defining boundaries in a relationship.

Why did it happen?

Lucy and Adam accepted they’d ‘done wrong.’ Some individuals rationalise their infidelity to maintain a positive self-image. Some characters – interestingly all-male - in this series of Love Island have justified their infidelity as a being ‘tests’ of the strength of their feelings for their current partner – effectively saying, ‘I need to check out someone else and make a comparison before I can commit to you.’ Their seemingly self-delusional reasoning illustrates the importance of an honest appraisal of motivation.

Meanwhile back in the ‘real world’ and at a fundamental level, lies the question of why the ‘infidelity’ happened. This is especially important in the case of an affair. Affairs happen for a reason. So, a key guideline is to ask, ‘Why?’. Based on that question, there are decisions to be made on whether the primary relationship is salvageable and what actions are needed to rebuild it.

Should I tell a friend about their partner’s infidelity?

Sometimes individuals seek counselling after another person has told them about their partner’s infidelity. The reason for telling generally falls under two headings: the first relates to the belief that the ‘cheated on partner’ has a right to know. An example is when a woman called Anna was contacted by Sophie who said that she had discovered they were both in a relationship with the same man, Zac. She said that based on ‘girl code, she felt that Anna had the right to know and decide what to do and that she (Sophie) had ended her relationship with Zac.

A second example relates to Mary telling Linda about a one-night stand with her boyfriend, Jack – apparently annoyed that he hadn’t contacted her again. The examples underline the moral ambiguity of ‘telling’ and the importance of inspecting the reasons for doing so – in the cases summarised, supportive versus seemingly malicious.

Based on the case studies outlined, seven key guidelines on deciding whether to reveal a secret can be summarised as:

1. Asking what is in our partner’s best interests, or in some cases a third party’s best interest.
2. Seeing the situation through their eyes.
3. Setting aside personal interest.
4. Asking if our partner would be negatively affected by not revealing the secret.
5. Understanding our reasons for keeping a secret.
6. Taking individual responsibility to manage shame and guilt.
7. Reflecting on the values and contract that we share with our partner.

Importantly, the above are guidelines only. There are no easy answers. Recognising that and providing time and space for open communication is a hallmark of successful relationships, enabling the guidelines to be applied constructively.

Find a therapist dealing with affairs and betrayals 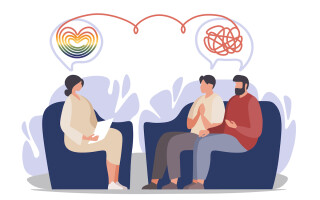 Can my relationship survive an affair?

Short answer: it depends. Infidelity is the primary cause of relationship break-ups and divorce – causing...

Has lockdown affected your love life?

What happens in couples therapy?

Tavistock Relationships give us an idea of what a couple might expect from couples therapy. In this fictional case...