Self-criticism, society and a new voice

Almost without fail everyone I have worked with in therapy has a self-critic that underpins their anxiety and depression, and I would take an educated guess that the vast majority of the general population experiences one, often taking the form of the popular term ‘imposter syndrome’. 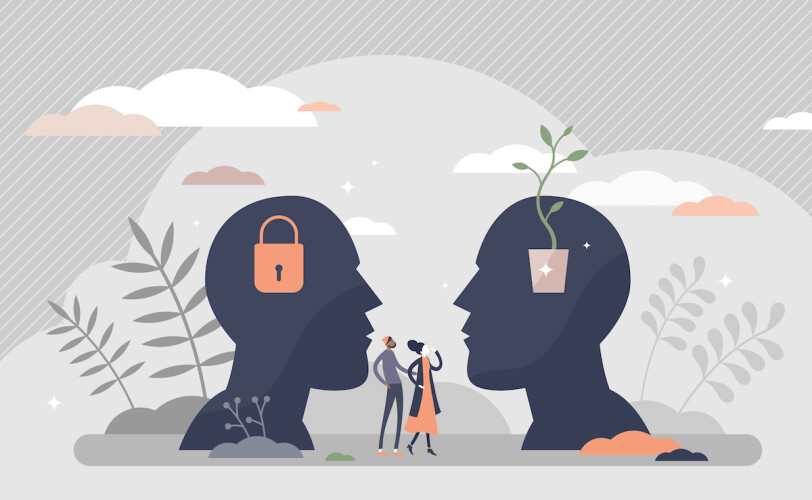 So, the big question is where does this self-attacking come from and why does it remain so prevalent in society? I certainly don’t have the authority to answer such a big question however I can draw on my therapeutic training, education and clinical experience to offer my reflections.

Aaron Beck (1987) provides a lot of research into the role of self-critical thoughts in depression and how early childhood experiences lead to us developing critical beliefs about ourselves. For example, someone whose parent(s) criticised them throughout their upbringing might develop critical beliefs about being ‘useless’ or being a ‘failure’. Paul Gilbert (2010) and Fennell (2016) also discuss the role of negative early experiences leading to self-criticism in later life, Gilbert also finds that we aren’t born with self-criticism so it must be something that develops the more we interact with the world, this finding is both positive and negative I think!

Based on this we can perhaps conclude that humans are like sponges absorbing our al messages particularly when we are young and the interaction between caregiver and child informing how we think and feel about ourselves is well documented (ask Freud!)

Building on this I have been thinking about where else we get messages about ourselves from and wondering how much of an impact societal messages have on us. We live in a hugely competitive and individualised society and see these messages everywhere; ‘be your best self’  ‘it’s dog eat dog out there’  ‘pull yourself together’. What does hearing messages like this throughout our lives do to our self-critic? In my clinical experience, I hear these messages coming back out from client’s self-critic in many ways with a theme of 'it’s my fault' and 'I’m not good enough'.

A new way of talking to ourselves

How do we fight back against such toxic and prevalent societal messages? One way is to develop a new kinder way of talking and relating to ourselves, one which mirrors how we talk to people we care about. A helpful way of doing this is by conceptualising two voices as our coaches: Coach A and Coach B. Coach A is the self-critic and Coach B our new compassionate and caring coach. Below I have outlined a helpful technique to introduce Coach B to our lives.

Thank you for reading my piece and please feel free to comment below.

Andrew Morrison: CBT Therapist working privately and in the NHS with anxiety and depression difficulties.