Among the great privileges of being a psychotherapist are the moments when a client tells you a secret they have never told anyone else. A secret they have carried with them for years. A secret that has affected their lives, relationships and emotional well-being, but which they could never share. A privilege because it can be a sign the client trusts the therapist and feels safe enough with them to disclose something which might be so terrible, they have never been able to put it into words before. 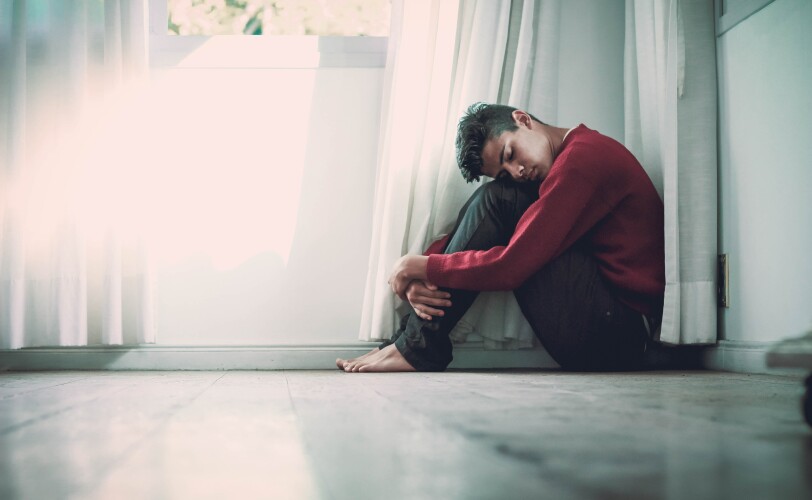 Why are some secrets so difficult to talk about and what happens when you do share with a therapist?

Secrets, of course, cease to be secrets, if you tell too many people but others simply cannot be talked about because they relate to deep, painful memories. Some painful memories are buried so deeply it is difficult to recall them completely, if at all – secrets so secret, you haven’t even told yourself.

Many secrets concern difficult events within families: such as being sexually abused as a child by a relative and never feeling able to tell anyone. Abusers can abuse secrets and children’s understanding of the seriousness of secrets to keep them quiet by calling what they have done a 'secret', to be kept as such forever. The child could be terrified of their abuser and intimidated into silence or terrified of the consequences for the family if they ever told anyone: it could lead to a divorce, a close relative being arrested, a shock which could just be too much for an elderly relative. Sometimes a survivor may not even realise for many years that what happened was abuse.

So you carry the secret with you, wherever you go, bearing its weight and feeling its brutal impact every time something happens to remind you.

Just because you never speak about a secret, it doesn’t mean the secret, the memory of what happened, has no effect on you: even deeply buried unpleasant memories can gnaw away at your sense of self, your self-esteem, making you anxious, depressed and getting in the way of safe, healthy and loving relationships in the present. And deeply buried emotional distress can be experienced physically in the present, as aches and pains, stiffness in muscles, headaches, tightness in the stomach and chest. Early trauma, neglect and deprivation have been shown to impact on the immune system, causing related illnesses and conditions in later life.

Secrets can disrupt relationships in the present: even in a loving, caring relationship, a whole world away from the abusive relationships of the past, something your partner does with the best of intentions (a tone of voice, a look, a gesture, a touch), can remind you of something or someone from the past (an abusive situation or person). The images, sensations and feelings, the anger, hurt and fear can come crashing back, causing upset, distress and withdrawal, even from people you love and who love you. You may find yourself reacting angrily, not realising the anger is felt because of an earlier, abusive relationship and not the present.

The negative thoughts you had about yourself at the time can come flooding back: I can’t tell anyone, there is no-one to help, it’s my fault, I’m on my own with this: If I tell my mum what’s happened, the strain will be too great: how can I tell her my dad/step-dad/brother/cousin is abusing me? How can I hide my pain and fear when I am around them – I can’t show it as I would have to explain: I have to bury the secret and everything I feel about it.

You might have tried to tell someone once, or many times, but their reaction only led to you burying the secret even deeper: they might just not have believed you, told you that you were exaggerating, that you should just pull yourself together and get over it; they may have become overwhelmed by their own emotional response to what you told them. They might have blamed you for what happened. This may have left you with the feeling that it is wrong to tell people, that what happened to you cannot be tolerated, that you just have to hold onto it. To bury the secret deeper.

What if you could tell the secret?

It can be a great relief to be able to tell someone and to be truly heard and believed. To be listened to and not judged. It can be a relief to talk about what happened, how it affected you at the time, how it feels to think about it now, what it is like to carry the burden of the secret all those years.

A well-trained and experienced therapist will understand it is not at all easy to speak such secrets, so tight and dense are the bonds which lock them inside you. They will understand the need to build trust between you, to let you move at your own pace and the absolute importance of ensuring you feel in control of the process at all times. That it may take time before you feel safe enough to disclose.

And through telling the secret to a therapist, you will find there are ways to help you process the memories, taking the emotional power out of them, so that they can be remembered, (if and when you want to), without being re-lived. So that you are not forced to relive memories, without wanting to and being overwhelmed.

If you are worried that you may never feel safe enough with anyone to tell the whole story and feel you cannot be helped, you don't actually need to tell the secret before you can be helped. The process of having a therapist to talk to and of building trust is immensely helpful in itself and there are many ways to help you feel safe, secure and in the present – exercises which can be learned as you go along.

Eye movement desensitisation and reprocessing (EMDR) therapy, even has a highly effective method of intervention where the client never has to actually tell the therapist what happened to them: the therapist can still help you process the memories and be relieved of the symptoms.

Being forced to keep abuse a secret can lead to a lonely, isolated life: building a trusting relationship with a therapist within which you feel safe enough to share the secret and the burden, opens the possibility of a richer, more connected life, free of the grip of trauma.

So if you are carrying a secret, something you have never told anyone before, it could be helpful to find someone you can tell it to. A professional therapist may be able to help.

Andrew Keefe is a Psychodynamic Psychotherapist, EMDR Therapist and Personal Trainer in private practice in East London and Holborn. He has practised clinically at The Refugee Council, Freedom from Torture and WPF Therapy. He has special interests in working survivors of sexual abuse, birth trauma, mental health and exercise and chronic pain.