Scientific research increasingly indicates that there are sound neurological reasons as to why human interaction itself is an effective therapy for helping us work through and resolve states of high arousal and intensely uncomfortable emotion.

Many people have been extensively traumatised in their childhood by their family experience. One aspect of the damaging effects can be that the person finds him/herself stuck or out of control in their ability to express their feelings because they were not supported during that process in early life. For whatever reasons of their own, their parents consistently shamed, abandoned or attacked them for expressing their emotions.

As a result, whenever the adult has the urge to say how they feel, their inner critic steps in and, with self-contempt, kills off their instinct to express themselves. At an early age their voice was silenced, and often along with it the ability to even recognise what they were really feeling. The feelings became buried somewhere deep within, disconnected from the other functions. Another way this damage may manifest is when a person finds themselves completely overcome and ruled by their emotions, to the extent that they are unable to use their thinking function at all and unable to name what they are experiencing – it simply IS, and it overwhelms the body and mind.

As a result, a fundamental aspect of counselling and psychotherapy is to provide conditions whereby the client may recognise, name and express not only what they are thinking, but also what they are feeling and experiencing in their body. Notice I say ‘may recognise’ – often this aspect of the work is most challenging and takes a long time to even begin. The defences against the risk of shame, abandonment and attack are justifiably going to be high; hence simultaneously the work will involve recognising the client’s inner critic and how it works to sabotage freedom and change.

How do we provide those conditions that support the repair of damaged feeling processes? Through trust; the co-operation and interaction between client and therapist; through compassionate reflection and responding; mirroring and authentically shared experience of the matter at hand; of the moment itself in the body, mind and emotions. It sounds so simple, and in healthy parenting and upbringing it is natural; yet, when it fails, the damage is deep and so harmful because it sabotages the person’s ability to know what they feel in the moment, and to experience a sense of ease and connection both within themselves and with others.

What this might look like in the therapy room is the client trusting the therapist and feeling safe even during a painful recalling of some situation from the past. They may be in a state of contraction as they talk about it, express their complex response to it; they may feel very much their younger self – full of hurt, angry, outraged, pained, grieving. The therapist, meanwhile, is openly receiving, hearing, responding, reflecting and compassionate. As the therapist is thinking, feeling, fully present and processing the client’s experience with them, a process of integration and of transformation can happen.

The client may then shift back into a sense of expansion, feel more aware of the present moment, of the room, the world outside in the street, and feel more connected with the therapist. This in turn may be followed by a refreshing sense of lightness, a sense of pleasant (not sarcastic or undermining) humour expressed with a joke and relief. The patterns of neural activity will have been loosened, trapped energy will have been released and the client will experience this as new energy, a sense of freedom and flow. All of this is achieved through the process of therapeutic relationship.

I am an experienced practitioner and have a private practice in Market Harborough, Leicestershire.   I provide counselling and psychotherapy to adult individuals, and professional supervision to other practitioners. You may feel trapped with relationship issues, work problems, depression, anger... 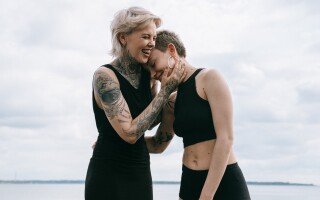 How can therapy help you develop respect for yourself and others?

Once you've had counselling, you realise that you can actually step back from the rat race of life and reflect on...