Searching for a specific Counsellor or Therapist? Try our advanced search
Psychoanalytic therapy

Psychosis is principally associated with delusion, and delusion is taken as the hallmark or basic characteristic of madness. Thus, psychosis confronts us with the problem of consensual meaning – how are we to understand the ‘mad’ person in the absence of a shared reality? While overtly psychotic individuals form a small part of the general population, madness is an implicit thread in the discourses which inform our social and political life. Images of madness are used to depict human destructiveness, violence and evil, and psychosis is viewed as taking human beings to the edge of what it is possible to experience.

Object relations theories focus on the catastrophic sense of futility, terror and powerlessness which underlies psychotic states. The disintegration of the person’s subjectivity or sense of a self which accompanies such states is experienced in pervasive feelings of external threat and danger and internal persecution and paranoia. The person may also feel utterly isolated and disconnected in his or her relationships or massively engulfed and intruded upon. These disturbed phenomenological states may reflect, in part, the breakdown of the capacity to discriminate between “me” and “not-me” objects - between self and non-self. This perceptual process has been described as the perpetual human task of keeping inner reality and outer reality separate yet inter-related.

Freud contended that the ego’s alienation from reality is the pivotal disturbance in psychosis. He viewed those suffering from psychosis as unsuitable for psychoanalytic treatment. However, he argued that there is not only meaning in madness, but also a fragment of historical truth. Indeed, it was Freud’s deep awareness of the precariousness of our hold on reality that led to the foundation and elaboration of psychoanalytic theory. His understanding of psychosis also led to his discoveries of the unconscious and to the construction of theories to interpret or find meaning in dreams and other mental phenomena that at first sight appear opaque and nonsensical.

For over 100 years the mainstream medical model has conceptualized psychosis variously as an inherited organic illness or disease, the result of lesions, or an imbalance in brain chemistry. However, despite the intensive study of irregular brain patterns and abnormal neural transmission, the results have been inconclusive. Many psychiatrists today would argue that organic and biochemical explanations of psychosis are limited in their explanatory value. In terms of the treatment of psychosis, the debate focuses on whether biological and psychological interventions can effectively be integrated.

Contemporary relational psychoanalytic theories view psychosis as part of the human response to overwhelming stress and perceived danger. For example, delusions and hallucinations are understood as functioning to communicate that the self is crumbling and attempting to hold itself together in whatever way it can – a last stop before the abyss. It is argued that such disturbing experiences need to be understood from within the interpersonal contexts in which they arise, and that the psychotic person’s primary need is to have his or her subjective reality affirmed and validated by an empathically attuned other. The person’s experience of insecurity and social isolation are emphasised in the development of psychosis, as is the importance of recognizing the sense in which his or her ‘delusional’ accounts are true rather than absurd. This requires setting such accounts in their social context, particularly in power relations in the family. Indeed, it is argued that experiences and behaviours that are taken to constitute ‘schizophrenic’ symptoms may appear socially senseless without reference to the person’s original family context. Despite the fact that ‘schizophrenic’ behaviour may only become socially intelligible once set in an interpersonal familial context, the possible role of families in eliciting ‘schizophrenia’ has become a taboo subject in mainstream psychiatry.

From a narrative perspective, delusions are seen as creative attributions of meaning to the experience of psychotic disintegration, and as being significantly mediated by narrative processes. Thus, the stories mad people tell themselves function to create meaning and organize experience that has become disorganized and meaningless in the wake of a psychotic breakdown. Delusions are viewed as arising from the healthy part of the person who attributes meaning to anomalous experience as a way of compensating for significant losses, traumas and destructive events that are too painful to directly acknowledge to the self. In order to understand the delusional story in the here and now, the therapist needs to pay attention to the person’s socio-cultural context, biographical history and formative interpersonal experiences.

One strand in developmental psychology sees the origins of psychosis as lying primarily in early environmental failure. This view has received increasing support from the scientific community, particularly in the light of neurobiological evidence detailing the impact of disorganized attachment and cumulative relational trauma on the child’s neurological and emotional development. Findings indicate that childhood experiences of neglect, stress, abuse and trauma can compromise brain development. For example, researchers found that the effects of early trauma on the child’s developing brain are very similar to the dysfunctions found in the brains of adult ‘schizophrenics’, as well as in those diagnosed with post-traumatic stress disorder (PTSD) and dissociative disorders. The evidence supporting the view that children’s immediate social environment affects brain development is seen by many as being unequivocal. Such studies challenge bio-genetic explanations of psychosis and support psycho-social explanations. Findings from this area of research are consistent with developmental theory, which holds that an infant’s relationships are founded upon, and mediated through, the repeated interpersonal interactions that take place between caregiver and baby.

Such findings are linked to the developing child’s compromised ability to monitor states of consciousness and regulate affective and bodily states when under interpersonal stress. Environmental failures of these kinds leave the child impervious to attachment communications and interactive psychobiological regulation and, therefore, initiate him or her along a potential developmental pathway that may culminate in psychological breakdown in later life. It is suggested that a well-developed capacity for reflective functioning or mentalization is what enables the person to distinguish inner reality from outer reality, pretend modes from ‘real’ modes of functioning. From this perspective, disturbed and abusive parents obliterate their children’s affective experience - emotions that are not held in mind by the caregiver, or, more significantly. that are misrepresented or distorted, remain diffuse, terrifying and unrepresentable to the child. This may give rise to a range of borderline phenomena and pathology of the self in later years.

Studies such as these highlight the extent to which unresolved experiences of loss, neglect, sexual, emotional and physical abuse, and concomitant symptoms of post-traumatic stress, have been overlooked in the treatment of psychotic people. Research focusing on combat veterans has identified a massive overlap between dissociative symptoms and the symptoms of ‘schizophrenia’. This suggests that the coping strategies and mental defences that people adopt to cope with trauma, such as dissociation and hyper-vigilance, confers vulnerability to psychosis. It is argued that it may be more productive to view symptoms of PTSD, dissociative disorders, schizophrenia, bi-polar disorder, personality disorders, etc, as related components of a long-term process that begins with adaptive responses to early aversive events, rather than persisting with the current practice of separating the trauma/abuse sequelae into discrete categories of ‘disorder’.

The impact of institutionalised racism within the psychiatric system has been explored by researchers in the context of the disproportionate diagnosis of people of colour as “mad and dangerous”. Franz Fanon, an early pioneer in this field, understands the experience of racism as psychic trauma. Similarly, Barbara Fletchman Smith argues that African-Caribbean peoples’ experience needs to be understood in the historical context of slavery. The impact of powerlessness on the mental health of persons from ethnic minorities alienated from the mainstream white culture needs to be considered, as does the way in which mental illness may function as a form of communication in a context of overwhelming confusion and intrapsychic conflict. Labelling theory attempts to understand how persons categorized as ‘schizophrenic’ or ‘personality disordered’ may have been subjected to arbitrary and despotic social processes – the way in which the person’s social characteristics, e.g. their class, status or ethnicity, may influence the severity of the societal reaction, independent of psychiatric condition, and how, once successfully labelled, the person becomes stuck with the deviant label.

Research findings and the development of relational theories have contributed to the re-evaluation of the traditional exclusion from psychoanalysis and psychotherapy of those deemed ‘untreatable’. Fortunately, there is now a greater willingness among psychotherapists to work with people whose sense of a secure psychological self has been severely blighted by loss, abuse and trauma. 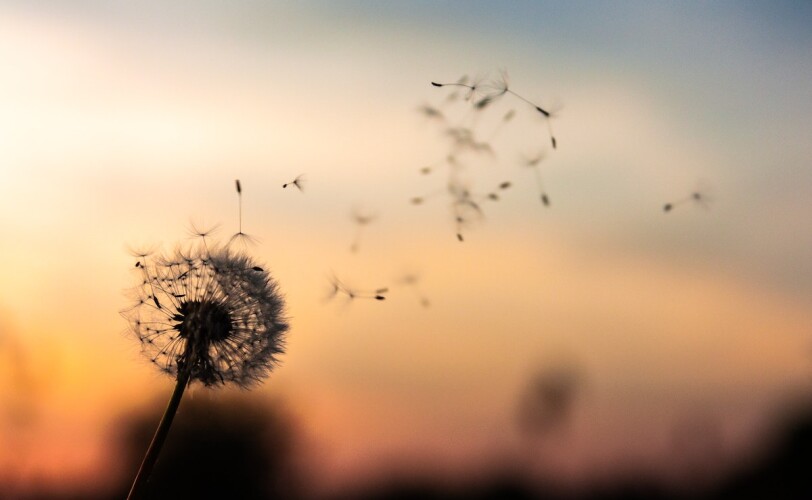 I am a relational psychoanalytic psychotherapist and author in private practice in central and southwest London (see below in 'Extra Information' for details of my practice addresses). I am accredited by the United Kingdom Council for Psychotherapy (UKCP). I work with individuals, offer couples coun...