Reducing Stress With A Seagull 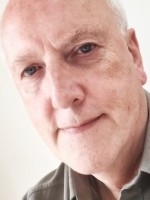 Are you a seagull?

Albert Ellis, a cognitive therapist, cited by the American Psychological Association in 2003 as the second most influential psychologist in the twentieth century, used to argue that most people had strong tendencies to be like seagulls. As a psychotherapist he was quite unusual in his methods and often did and said seemingly extreme things in order to make a point or to help his clients remember key things. And humour was a regular tool.

"Most people are like seagulls," he would say. "They go around SHOULDING all over the place. They hold on to crazy ideas about the world and mess themselves and others up.They say stupid things like, 'He SHOULD do that!' or 'She SHOULDN'T do that!' or 'That SHOULDN'T happen!' But why should he do that? And why shouldn't she do that? And why shouldn't that happen? There is no universal law written into the fabric of the universe saying that there should be a parking space waiting for me everytime I drive into town, or that my partner should do exactly as I think. And if there isn't a law saying that these things should happen, why do I make myself upset when they don't by telling myself that they should? It's crazy and if you go on saying that you are making yourself crazy! I don't have to like the things that are happening, but to go on saying that they should not happen is just plain mad!"

In the first century CE, a philosopher called Epicetus taught that the problem that most people have is not what happens to them, but how they interpretwhat happens to them. Ellis took this cornerstone from Epicetus ("Men are not moved by things but by the views which they take of them") and turned it into a seagull for a twentieth century audience.

What gave these views particular authority was that Epicetus had been a slave who had later gained his freedom. It was while he was suffering the indignity of slavery, the loss of rights and possessions, and subject to the capricious whims of others dictating the cirmcumstances of his life, that he learned that the secret of happiness (or mental health) was to focus on what he could control, not on what he could not control. He had very little control of events or what other people did, but he did have control of his thinking and of his interpretation of events. He had a choice.

Epicetus could become stressed and depressed by repeatedly saying: "My master should not treat me in that way." Or he could reframe that in a more realistic way and say: "I do not like what my master did (and I do not have to like it) but there is no reason why he should not do it. He is an individual and can make choices. I do not like his choices, but there is no reason why he should not make them. I am not responsible for him or controlling him. He is responsible for himself, and I am responsible for myself." By finding a way of accepting what he could not control (and at the same time allowing himself not to like it) he reduced the internal stress and pain.

Albert Ellis went on to develop these and other ideas into Rational Emotive Behaviour Therapy (REBT) - a branch of Cognitive Behaviour Therapy (CBT) which has become so influential (and recognised as being clinically effective), in recent years. Our thoughts influence how we feel and what we do. These three points of the triangle (thinking, feeling, behaving) are interlinked and if we change one or more we can have an influence on the others.

Back to the seagull. Ellis wanted to use the seagull to help us remember that we do say some crazy things to ourselves, and that SHOULDS are some of the most illogical. By repeating the crazy things, we risk making the things that happen or don't happen to us become dysfunctional for us. Somebody not behaving in a way that we think they should moves from being unpleasant into becoming something really stressful and or depressing (feeling), and this could then in turn lead to dysfunctional behaviour (we loose our temper and row with the person, or withdraw), and by the time we have done this we have set up a downward spiral leading to more shoulds, and more dysfunction.

Ellis would never argue that we should not feel upset about unpleasantness. Most of us are normal human beings with a healthy emotional system. If something unpleasant happens we hurt. Not to feel that pain would mean that we were either dead or psychotic. Feeling some pain (some stress, some depression) is normal and a sign that our mental states are healthy. But what drives that pain over the edge for us is the mistaken belief that others or events SHOULD happen in a certain way, and that we are somehow responsible for making them make it happen. When we try to do that, rather that accept the capricousness of life, events, and people, we become seagulls and start the crazy SHOULDing, and we move our internal pain beyond the healthy and normal into the dysfunctional.

If your partner, your child, or your colleague is doing something that causes you pain, remember that pain is not a sign that you are going mad, but rather that you are healthy, but if you find that despite having tried to talk about it with them in a reasonable way and express your feelings, you still cannot let the thing go, remember the seagull. Seagulls cause mess. They SHOULD all over the place. If your feelings are becoming abnormally strong, if you cannot find a way of acceptance, you are almost certainly SHOULDING.

* Find the SHOULD statement ("He should not be doing that!").

* Remind yourself of the absurdity of your thinking ("There is no reason whatsoever why he should do that if he doesn't want to.").

* Remind yourself that you do not have to like what is happening.

* Remind yourself that the other person, not you, is responsible for what is happening. It is their choice. Your responsibility is to choose how you interpret it. And you could choose to reject the absurdity of the SHOULDs and find a better way.

* Replace the SHOULD with something more true and functional: "I do not like what he is doing. It is ok to feel pain. It is ok to tell him that I do not like what he is doing. I do not WANT him to do what he is doing (and I can do all that is within my legitimate power to stop it). But I can keep the pain and stress and depression at a normal level by letting go - by accepting that he has power to control this not me. I do not want things to happen and want things to go in my way, but hey, there is no law written into the fabric of the universe that says that I always have to get what I want. That would just be childish and stupid. I can learn to live with the pain of not getting what I want here."

I have been offering a professional counselling and psychotherapy service at Connections Counselling Ltd in King's Lynn since 1997 and work both with individuals and couples. Most of my clients are local and come face-to-face, but I also work with people from around the country and around the world via the telephone and internet.
I offer a variety of counselling approaches but am committed … Read more