On success and the imposter syndrome

Most therapists encounter at some point a client who, despite achieving notable successes in their field, nevertheless feel that they are a ‘phoney’, a ‘fake’ or the most frequent expression, an ‘imposter’. To those that know them, the designation often feels preposterous, as they are aware of the client’s distinguishing strengths, and so friends and colleagues might be perplexed at what seems like a bizarre conspiracy against their talents. However, for those inflicted by the so-called ‘imposter syndrome’, their successes are discounted usually as more a matter of good fortune than anything worthwhile and intrinsic.

Such ‘imposters’ can be found chairing corporate meetings, taking centre stage literally on a film set, anxiously confronting the obstinacy of a blank canvas after a lifetime of notable work, yet wherever they reside they can live in terror of fickle luck deserting them, and being ‘found out’ for ‘who they really are’. In my experience of working with such clients, what helps is an understanding of how this ‘imposter syndrome’ might have arisen, as the acute sense of foreboding is lessened when they take their fears as symptomatic rather than heralding an imminent unmasking of their ‘true’ and ‘lamentable’ self.

Below are three different-yet not necessarily unrelated-ways of understanding how the ‘imposter syndrome’ comes to be:

1. Some therapy models (such as the Karen Horney school of neo-Freudianism) would describe the imposter syndrome as a form of demoralisation caused by an alienation from one’s ‘real or actual’ self. According to these models, the ‘imposter’s’ actual self has not been deemed intrinsically worthy usually by members of their immediate family early on in their lives, and so the beleaguered individual tries to concoct an ‘ideal’ self as a means of redemption. Thus, one’s life assumes the character of an anguished project, as there is constantly an attempt to prove one’s worth by conforming to standards that are normally exorbitant, as the ‘ideal’ self is characterised by its unrealistic, non-contextualised qualities. The ‘imposter’ is therefore someone who has achieved some notable success, but the value of the achievement cannot be evaluated realistically; instead it is compared, often unconsciously, to the standards of the ideal self, and the achievement seems dwarfed in comparison. Their success, no matter how highly acclaimed, cannot be owned as their success, since it doesn’t seem like actual success, since there is a stark contrast between public perception of their achievements and how their inner critic views the matter (the latter judging the achievements most negatively, as they fail to live up to the ideal and seem phoney in comparison).

Viewed in this way, one means to address the imposter syndrome is for those afflicted to question thoroughly the benignity of their standards and to come to terms with how unrealistic those standards may indeed be. This therapeutic work is ultimately to do with developing greater self-acceptance, so that one can begin to appreciate the fallible, yet nevertheless precious quality of one’s actual achievements. Overall, realistic standards and realistic self-assessment can act as an antidote to the sense of one’s achievements not being genuine and valuable.

2. Another explanation for the imposter syndrome is that those afflicted are acutely aware of the trials and tribulations of their own subjectivity but are only presented with other people’s outward self-presentations. For example, as you give your presentation at work, you might think to yourself, ‘I stumbled over that word. I’m hopeless’ whereas when you watch your colleague make a minor mistake, it is tempting to believe that they exist in a relative state of equanimity, as you only see their body language and what they explicitly say. The richness-and terrors- of their subjectivity eludes you unless they wish to tell you.

Construed in this fashion, to help overcome imposter syndrome, it might be useful to contemplate the implications of the above view. More concretely, if it indeed were the case that you were the only one with a sense of inadequacy, and others can be taken at face value, then this would imply that people’s self-presentations were authentic, rather than edited versions of themselves. A most implausible assumption, as it is somewhat contradictory. In general, then, a more realistic and charitable assumption is to assume the normalcy of your insecurities, in that they will be shared widely enough, even if people vary in the extent to which they feel an impostor.

3. Given that the imposter syndrome implies a painful contrast between a degree of worldly success and the perception of oneself, there is a tendency to believe that the tension is a result of one’s inadequacy rather than the limitations of how success is conceived. In this society, we are encouraged to develop a commodified self that displays our strengths and is little tainted with our sadness, our doubts and our fears - in a word, it is little tainted by our subjectivity. To some extent the imposter syndrome is revelatory of our actual condition, namely how difficult it is to live up to the standard of a self-presentation that excludes key dimensions of who we are. Those that see themselves as imposters feel this discrepancy more acutely perhaps (ironically this might be because they have had enough success to recognise that achievements don’t annul self-doubts) and they also-unfortunately and often unwittingly-fall down on the side of self-blame. One helpful way to address this self-perception is to remind oneself often how widespread, yet nevertheless absurd, it is for a subject to try continually in their working lives to be a prized object.

I hope some of these thoughts can help those that feel distress over being a supposed imposter. Nevertheless, if you feel that you need some extra help to address this imposter identity, and to reclaim a realistic and fulfilling sense of your actual achievements, it may be helpful to get in touch with a counsellor.

I am a counsellor with three private practices across the country (Harley street, London; Dundee; St. Andrews). I am trained to Masters level in pluralistic counselling, and I utilise a wide variety of different therapeutic approaches when working with clients. I also have a doctorate in English literature and my literary training informs my work.… Read more

Find a therapist dealing with confidence 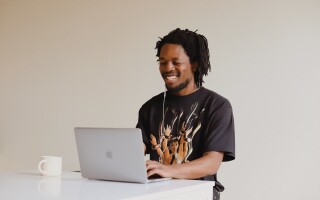 Someone asked me: how do I build self-confidence? Confidence is trust, and we can trust someone to do a good job...

Whilst social media can be a wonderful source of entertainment, inspiring creativity and bringing closer...